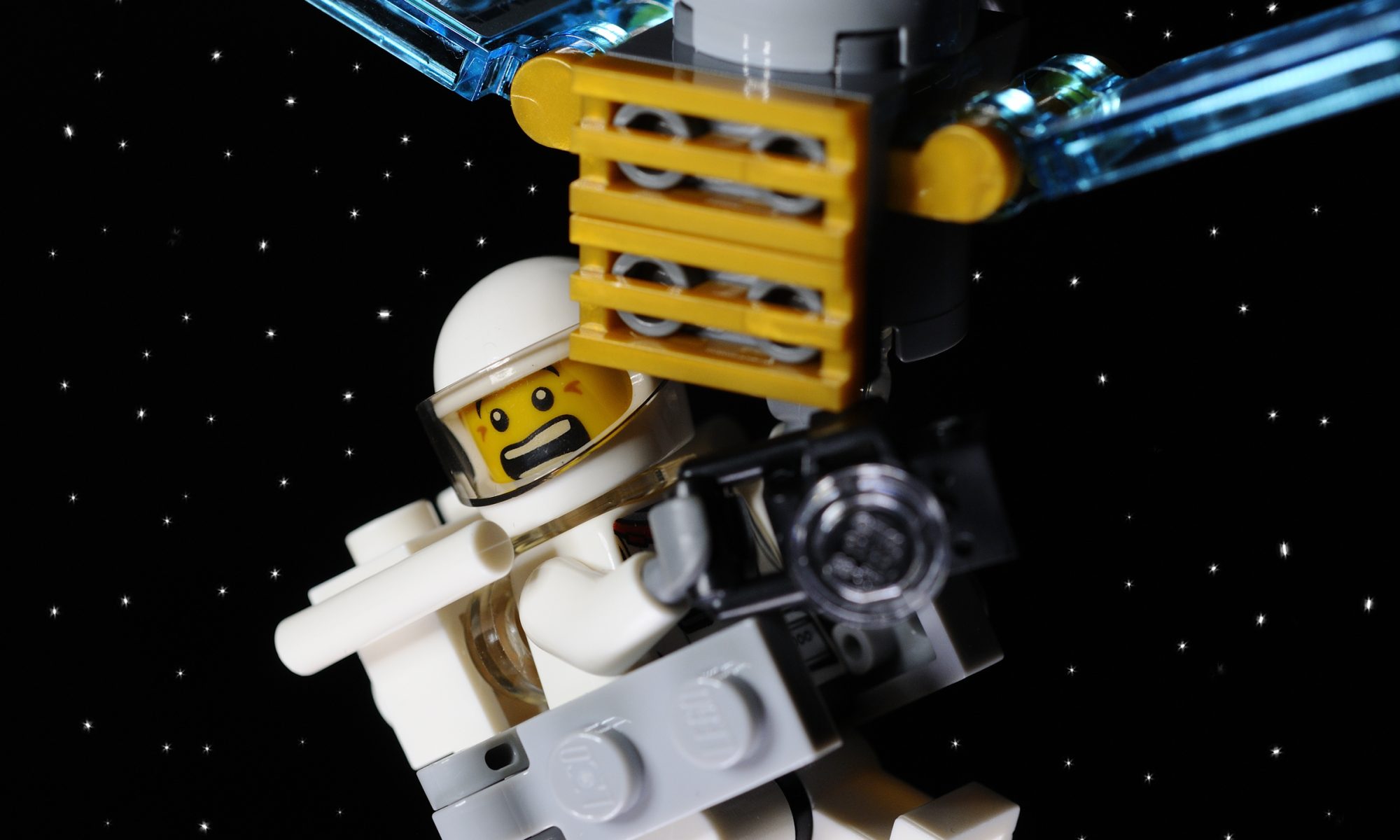 It’s been a while, but today we are having another SiPgoes53 Feature Friday Interview with David Collomb aka David Grafika.

What can I say? I’m almost 40, a cat lover. I started photography when I was about 18. I live in the countryside of France, 60 km from Lyon where I work.

As I try to find photographic subjects everywhere, my eyes go here and there, I stop while walking and take photos… so people sometimes look at me as if I were an alien. Especially when it’s LEGO photography. ^^

I have a few prints of my pictures behind me at the office, both landscapes and LEGO. It’s always a good point to start a discussion with people. With that, I discovered some of my colleagues are enjoying the plastic too. Yet, it’s not Julien’s wall, haha!

I also pinned to the wall a lot of drawings I found on the internet. Some people are not certain of my aim with this, as it is mostly fierce humour (the best being the one claiming that “everybody brings happiness in this office: some while coming in, some while going out”).

How David got into toy photography

The end of the Dark Age

It was a few days before Christmas 5 years ago. I was at the supermarket and bought 2 little LEGO sets. Ironman vs the Mandarin for my girlfriend, and a Star Wars Endor battle pack for myself.

First, it was only for fun, as my girlfriend was in love with Tony Stark, and I’m a Star Wars fan. But quickly, I wanted to do something with these small plastic figures, something else than just let them stick on my computer screen. So I went in the forest with the Endor pack and took a couple of pictures with my 60 mm macro.

The Dark Age was over, after nearly two decades. I knew I had found a durable kind of photography for me, with an almost endless source of inspiration.

And also endless pine needles stuck in the skin, as I often end up lying on the ground. Or ants bites too. Once, in my early shootings, I decided to put the Imperial motojet and trooper on an old trunk, and lie down on the floor. 2 minutes after, the trooper was attacked by a colony of ants, and so I was. Ants, everywhere. This reminded me of an episode of MacGyver, with killer red ants. Lots of fun but also burning ant bites.

There’s also the day when Superman lost a hand while I was taking a Justice League picture. The minifigs were on a road sign, and I lost balance, falling and making minifigs fly all around. I also almost broke my DSLR.

I tried different kinds of photography. I’m not really good when it comes to telling people where they have to place their arm, leg or where to look. And there’s always something wrong with them: “please, Photoshop my nose” , “please, erase my wrinkles” , “could you make me look thinner?”…

In the end, minifigs are way easier to manage! The more time passes, the more I prefer my plastic mates and avoid real humans in my pictures.

Why did you start SiPgoes53?

Another thing I like about toy photography is the possibility to use humour. You may have understood that I love jokes, playing with words and so on. As much as possible, I want to use humour in my pictures, whether it’s definitively clear or requesting you to think about it.

#SiPgoes53 is fantastic for that. It’s a really good experience. It stimulates the intellect, forces you to create something even for subjects you don’t know about.

Last year, I wanted to take part in SiPgoes52. But life decided that it was not the year for me. Inspiration flew away, lots of work, and I’ve been diagnosed with a hepatite in August (which stayed silent for months).

So, the 53 edition is also a personal challenge, a therapy. I really want to complete the challenge. I may have some delay in my production, but failure is not an option.

For years, I’ve been saying that every experience in life, whether it is good or bad, is a way to learn something. With SiPgoes53, the lesson I’ve (re)learned is that you don’t need tons of material to produce pictures.

More than the challenge, I also found some very interesting people as I’ve increased my interactions with SiP members. As said before, it’s a way to share some fun through pictures, but also to discover talented people, like Sir Legoade and Tomekskog. or iancockayne. I’m still astonished by the simplicity and force in Ian’s picture for Tolkien.

My favorite photo is the one about Cleopatra, still unpublished. (Lucky you, it’s now a SiP exclusive. :))

Why did it stay unpublished until now? Because I had to make some choices when came the time of sharing my production for the Egyptian theme.

Funny pictures were my main objective. 3 out of the 4 posted that time were funny. The previous one involved a woman being archeologist, a way to remind people that it’s not only an old man’s job.

And so, I put aside my photo of the crashed plane as the link between Cleopatra as this picture wasn’t as clear or funny as the others.

Why is it my favorite? I really love the set, the plane, and the minifig come from 76075 Wonder Woman warrior battle. I had used it for a picture in the snow, and here, the desert crash was the perfect match. It was quickly made. 15 minutes to find a good place for Steve, and about 10 minutes for post-processing. What took a lot of time was determining the sepia treatment and the quantity of photographic grain.

The meaning of this picture is that you may crash yourself, stand up and go ahead. It’s somehow a self-portrait related to my feelings when I had hepatite. It took some months for me to accept I could be both physically and intellectually diminished for some time as I’ve never known what it is to be ill before. I’m now out of the desert.

I’m really looking forward Leonardo da Vinci. I already have an idea, and it’s one of the pictures I intend to take in advance as it will require some time to prepare.

I hope the genius inspires the participants and gives us great pictures!

Your article is so interesting to read. I’ve laugh so much reading your misadventures, because it also brings back to my memory all my misadventures while taking toys pictures!

Can’t wait to meet you in Denmark :)

Hi David, really good to hear your story and many thanks for your kind words about my work; looking forward to meeting you in person in Denmark!

Great read David. Always a joy getting to know more about the person behind the camera. Look forward to seeing more SiP53 shots, especially Da Vinci.

Thanks all. :)
It was quite hard to find the words and know what to say.
Thanks also to Maëlick, who spent some time correcting my English. ^^
I’m really happy to meet some of you next month.