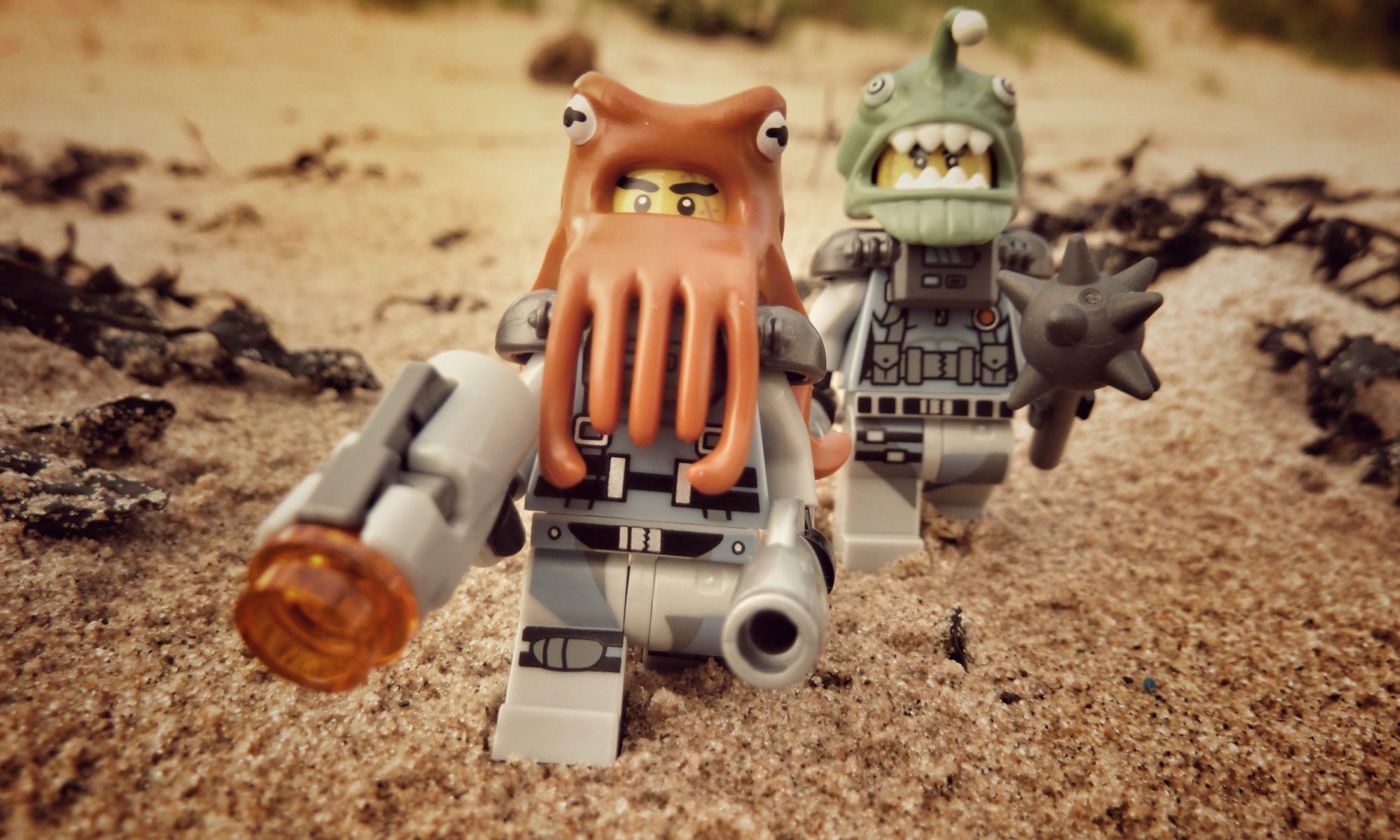 Special Report: We continue our breaking news series on the disappearing Ninjago models.  Our reporter on shore, Ian Cockayne, has spotted what seems to be a #Brexin instead of a #Brexit.  He reports straight from his undercover position using an old school long wave radio. Hence the short twitter style like post on what seems to be an ongoing invasion. An invasion of little plastic creatures listening to the code name Ninjago. 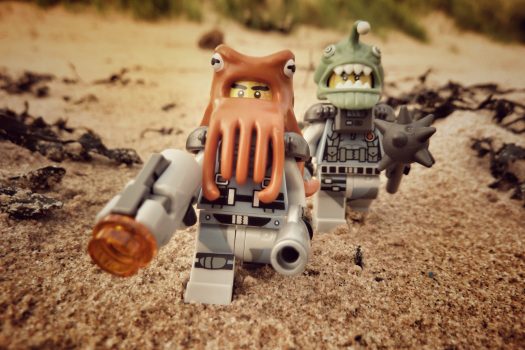 The rumours are true, although arriving later than expected, Lord Garmadon’s Shark Army troops have made their beachhead on the northern shores of Blighty and it appears they are now making preparations for a full-scale assault by the dark lord’s forces (expected to arrive September 22, 2017, in 2D, 3D and IMAX 3D). 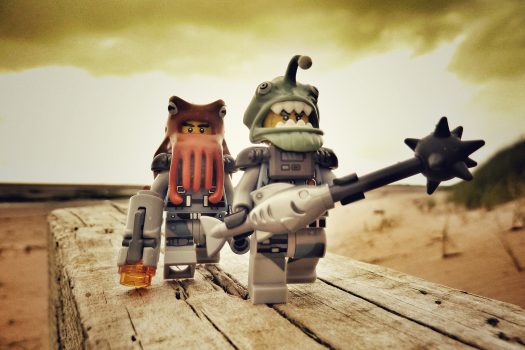 Intrepid man on the ground @iancockayne managed to snap the Shark Army Octopus and Shark Army Angler fresh out of the water in their scuba equipment and bizarre aquatic headgear. Bravely confronting this gruesome twosome despite their fearsome array of weapons, our photo journalist was threatened with a long walk off a short plank if he did not sling his hook.
Over and Out.
Ian

Ever since this very short update from our man on the ground, we have received nothing but white noise. Radio silence. Are you in the neighborhood of Blighty? Do you know more about our reporter? Have you seen the ongoing invasion?  Let us know. Here in the comments or tag us with #SiPgoneFishin
0 0 votes
Article Rating

Ian, the coast line of good old Blighty are impressive. I tried to locate it on google maps and was seriously surprised.

I do hope your safe.
Keep us posted of the ongoing invasion !

Oh my, stay safe! I´m truly hoping that these blokes learn to adapt quickly and find out having landed in your neighbourhood was quite a lucky twist of fate.
Let me know when they´re ready to share some BBQ on the beach ;-)

An invasion, that’s interesting and frightening at the same time. Good luck with that and stay safe ;-)