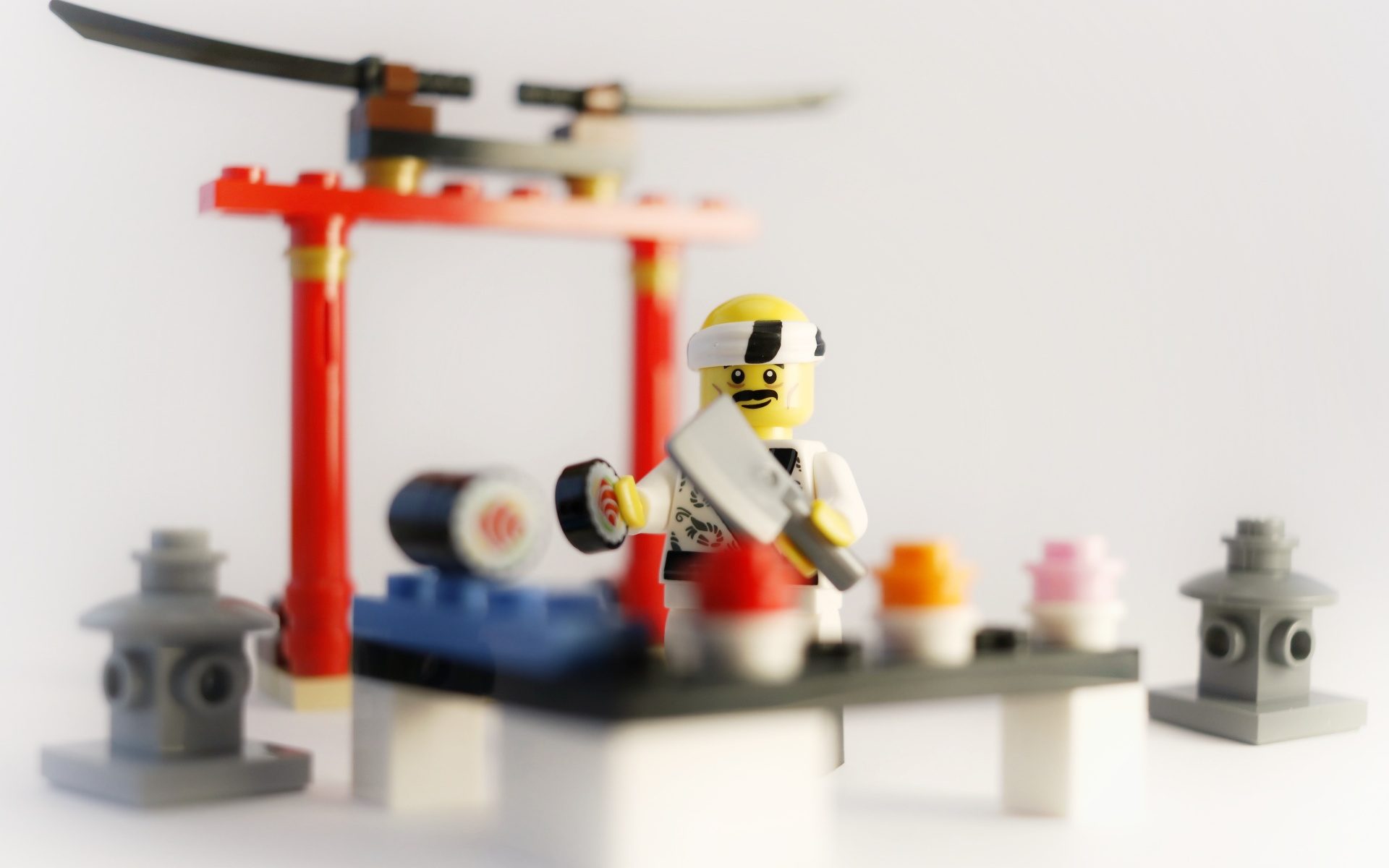 The gourmet world is shaken by the news of the latest creation of a Sushi Chef. A chef who only recently started working in the German Sushi Scene after traveling from Denmark over Sweden to the Hansen city of Hamburg. Our reporter reports (that is what reporters do).

Sushi Chef Hop Sing was traveling from Sweden to Germany.  A trip that takes usually no longer than three days when relying on the convenience of an air-cushioned and sealed envelope. Due to not yet revealed circumstances the trip took him slightly longer. We already reported this last week, and our reporter is still investigating. When Sushi Chef Hop Sing and his travel companions, brothers Master Wu and Lord Garmadon, finally reached their destination several aspects were to be clarified.

First of all, the welcome team was not amused by the delay…

Then the envelope´s seal wasn´t intact (an interesting parallel to the last presidential election in Austria).

And finally, Lord Gamardon was unable to control his temper and decided to make the travel agent pay– currency unknown to our department.

On the good side, it looks like Master Wu seized the prolonged trip and went fishing meanwhile.

When having arrived in Germany Chef Hop Sing took the fish to his new kitchen and worked on an idea that´d been on his mind for quite some time.

He tried for as long as the afternoon and most of Friday night until he was pleased with the result. Then on Saturday morning he met with his old friends Peter (from Frosta) and Cornelia to discuss his latest creation. Unverified rumours say that Peter had tears in his eyes and said : “Großartig, Hop Sing, ganz schmackofatzig!” (“Well done, Hop Sing, truly delicious!”).

Master Wu gave his final approval and a press conference was organized.
A new sushi dish was born.
The Sushi Dog.

It is absolutely not foreseeable at this moment how this will affect the world of gourmets, chefs or the food industry. Although world-famous food tester and reviewer The Hotdogjudge Lasse G. doubts that this dog can really be called a dog (“No sausage? Then it´s just a sandwich!”)  first reactions by hipsters in Altona who got to taste the new delicacy were surprisingly positive.

We will be keeping you updated on here.- And now: Sports.

-Your reporter of the day, Stefan for SiP