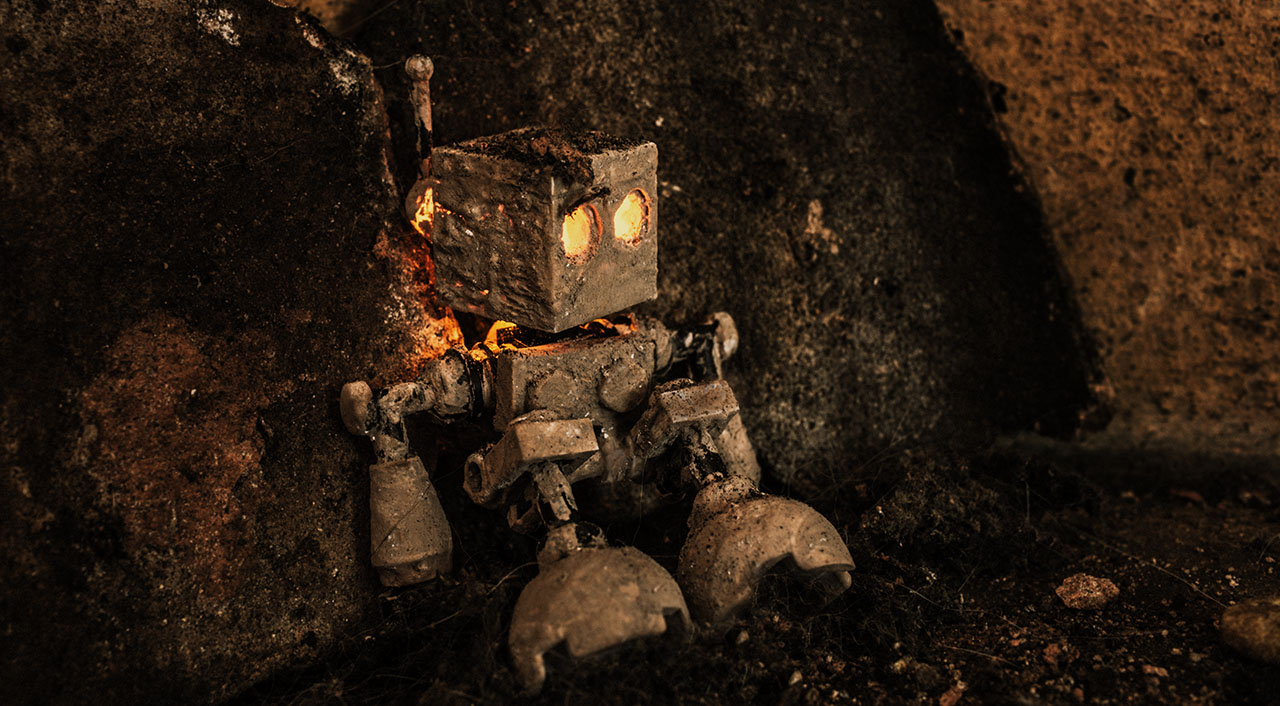 I’ve always used a dedicated camera to take my photos. Phone cameras were not suitable for serious picture taking when I started out, and for my sort of photography a proper camera is always going to win out over a phone. Lighting with studio flash is just a non-starter with a phone camera. END_OF_DOCUMENT_TOKEN_TO_BE_REPLACED 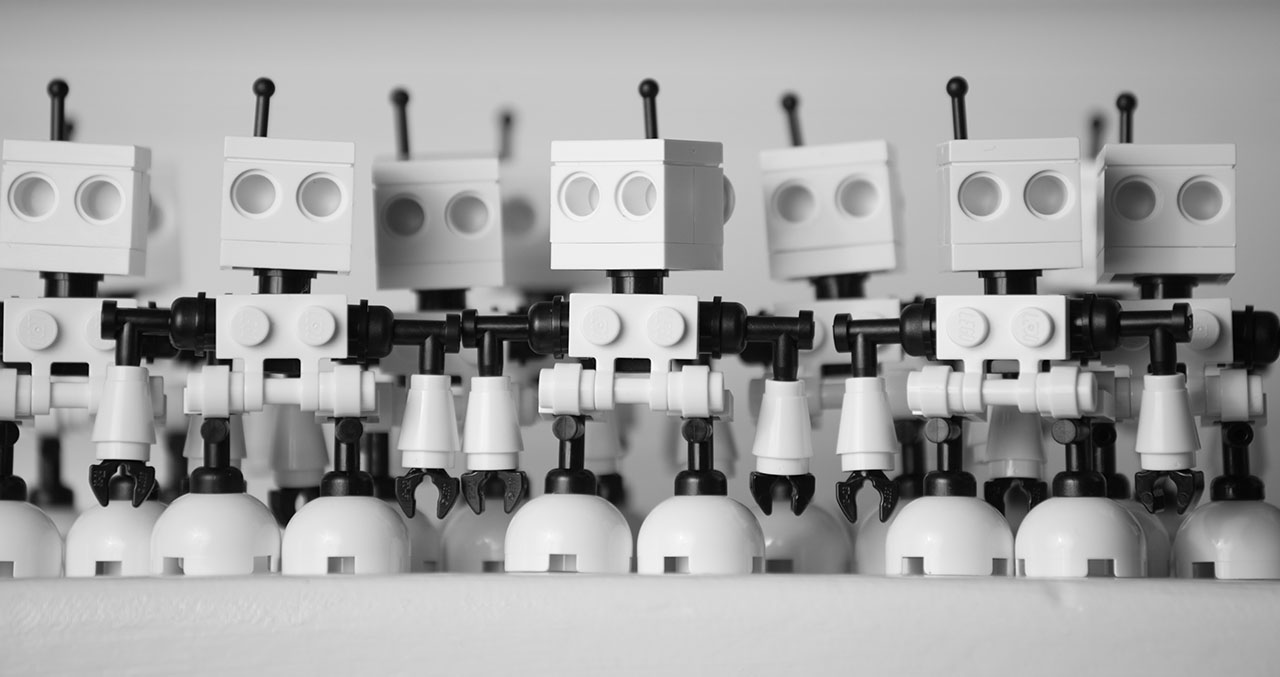 Wide-angle lenses don’t get much love from macro photographers, and that’s a shame. There is precious little information in general photography articles about different macro lenses. If you want to take close-ups, you’ll buy the equivalent of a 100mm macro lens, because that’s the popular macro focal length for most systems. END_OF_DOCUMENT_TOKEN_TO_BE_REPLACED 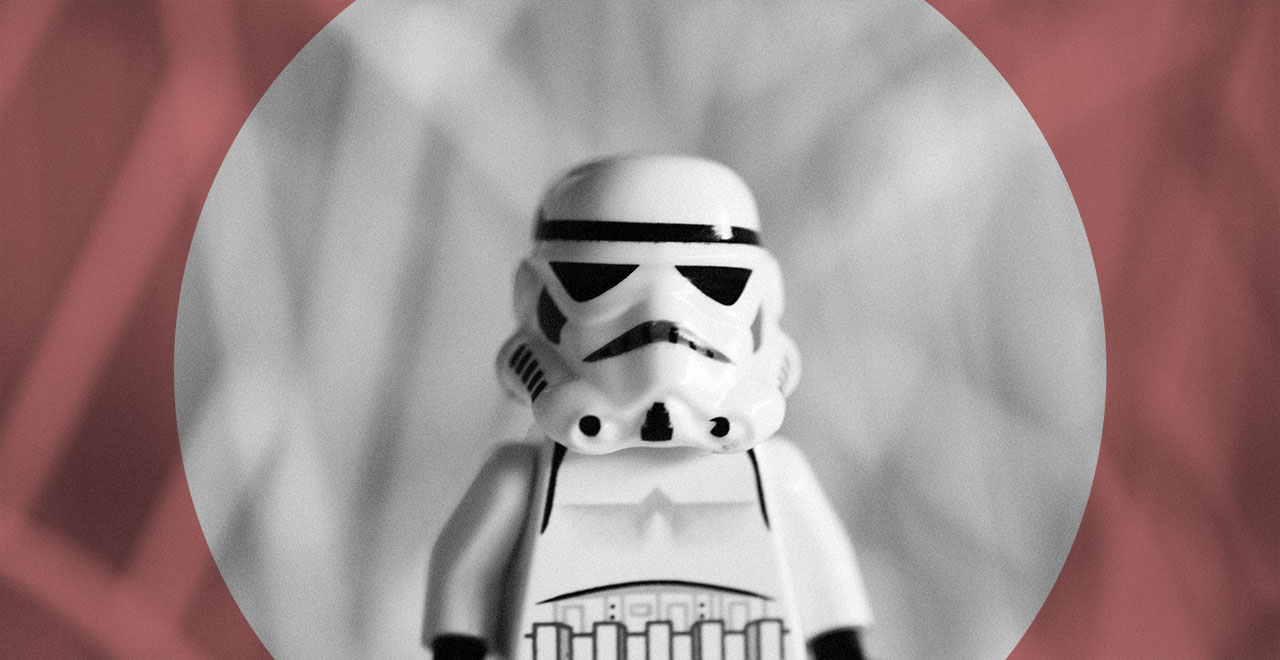 Most of my knowledge about the happenings and people of the toy photography community comes second-hand from the other members of Stuck in Plastic. I’ve been surprised many times by new-to-me names that, it turns out, are veritable celebrities online with tens of thousands of followers. Seems I don’t actually look at that much toy photography. END_OF_DOCUMENT_TOKEN_TO_BE_REPLACED

I often take breaks from toy photography, I’m certainly not one of those photograph-a-day people. I don’t think I could take a photo every day even if I tried. My ideas have become more complicated as I’ve developed as a photographer and each photo has become more of a project than a quick snapshot.

Almost every photo I post online these days is accompanied by a comment saying “nice to see you back!” on some form of social media. Hey! I didn’t go anywhere! END_OF_DOCUMENT_TOKEN_TO_BE_REPLACED

The last LEGO Technic set I owned was the 8860 Car Chassis. It was released in 1980 and contained 668 pieces. Things have moved on a bit since I last built a Technic set.

I’ve always appreciated the large Technic sets from afar, never feeling the desperate need to buy one. They’re masterpieces of technical design, but ultimately display models, and definitely not minifig-compatible. Almost all of my LEGO purchases these days have the end goal of being used in my photography, and I can’t fit minifig Stormtroopers into Technic-scale sets.

However, when given the opportunity to review the new Porsche 911 GT3 RS, how could I refuse? Although this set is thoroughly modern, for me it’s a nostalgic trip back to the 80s.

It has 2604 bits in it, it’s quite a beast. It’s all very nicely presented in its slick black boxes and comes with an instruction manual that competes with epic fantasy novels in page count. It’s a quality production.

Putting this thing together requires some time. I don’t think I was quite prepared for what 2604 pieces look like. I would have picked a bigger table. I put it together over a couple of days at the weekend—around 8 hours in total. That’s not counting the confused minutes of searching back through the instructions trying to figure out why there were two pieces left over at the end.

Many times I found myself blindly following the building instructions without knowing what I was making. So many cogs and differentials. Only towards the end does it become obvious. I spent ten minutes putting together hinges, rods and a couple of elastic bands to create a mysterious assembly, and only when I attached a steering where did the purpose become clear! You have to be paying attention. There’s always the fear that one missed part could set you back hours (I did make quite a few errors, but they soon become obvious when the next step doesn’t work as expected). In all, an enjoyable experience.

The finished vehicle was much bigger than I imagined. One of the reasons I’ve never been into Technic sets is that they’re too big for me to store anywhere. I can’t imaging there are many bigger sets that this.

The car is beautiful to look at. It looks good from every angle, which is quite handy if you’re planning a bit of photography. A lot of the cleverness is hidden once you put the outer shell in place—you can no longer see the internals of the engine or the fantastically complex drivetrain, which is a shame. Removing the bodywork from the finished model doesn’t look like an easy option.

So does it photograph well? It does, it’s hard to take a bad shot of it. There’s no hope of including minifigs here unless you go in for some fancy perspective effects, but that was pretty obvious from the start. I don’t think most people will be buying this to use for minifig photography :-)

I really don’t want to dismantle it, but there are some interesting new parts in there (new to me, I don’t know if they exist in other Technic sets). I have a feeling I could make a decent robot or two using some of those parts. A very orange robot. 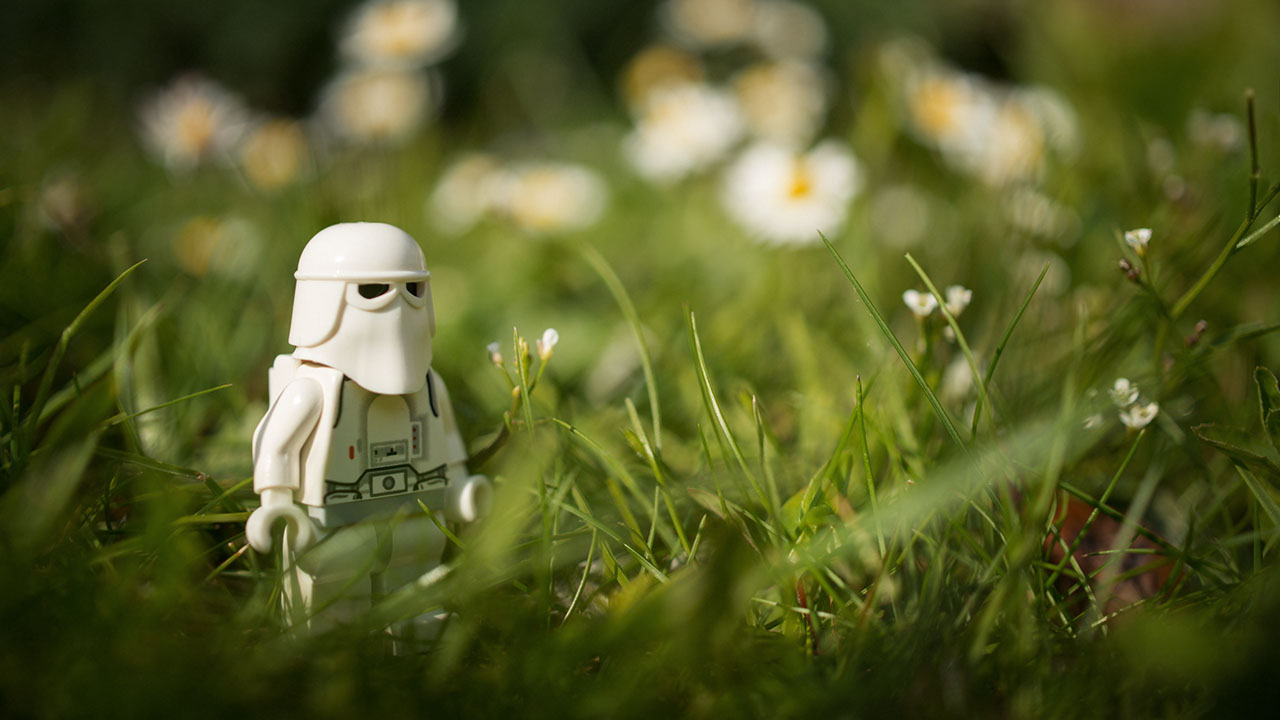 Summer is upon us. I’m specifically speaking of the British Summer, often jokingly referred to as the “week of summer”, but often literally true. END_OF_DOCUMENT_TOKEN_TO_BE_REPLACED 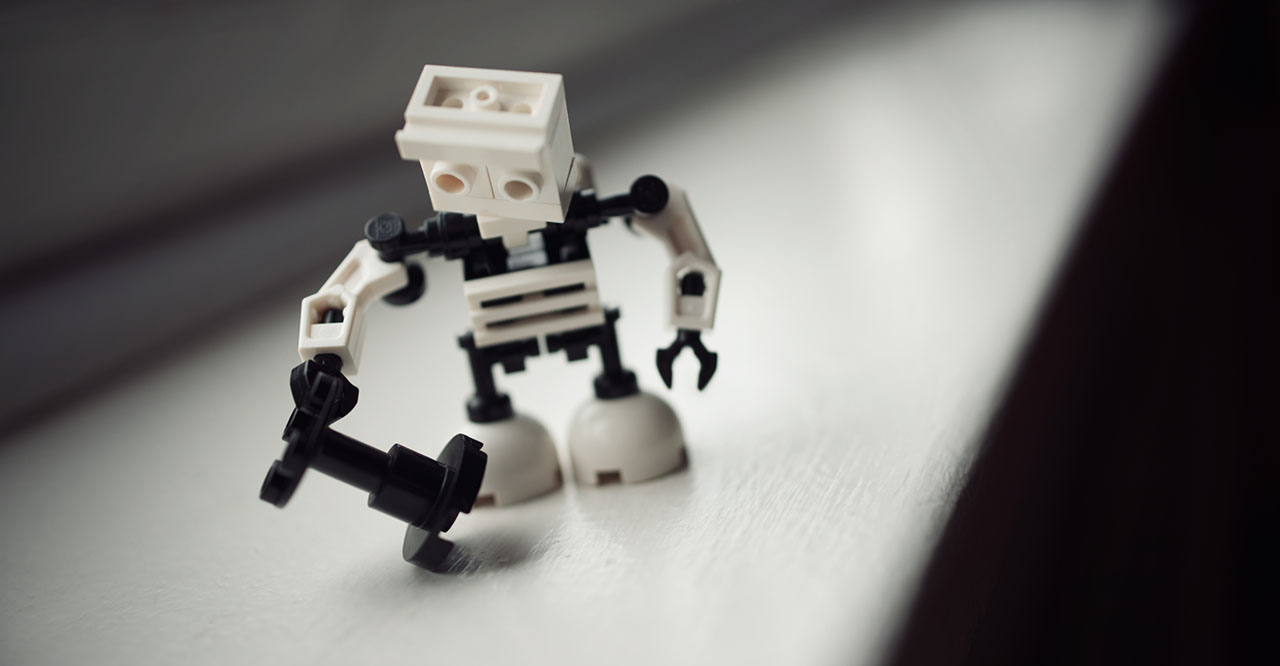 I’ve always claimed I’m not much of a LEGO builder—when I buy LEGO sets I build by the instructions. Remember when LEGO sets had alternative configurations on the back of the box? Never did build any of those, there were no explicit steps to follow. END_OF_DOCUMENT_TOKEN_TO_BE_REPLACED 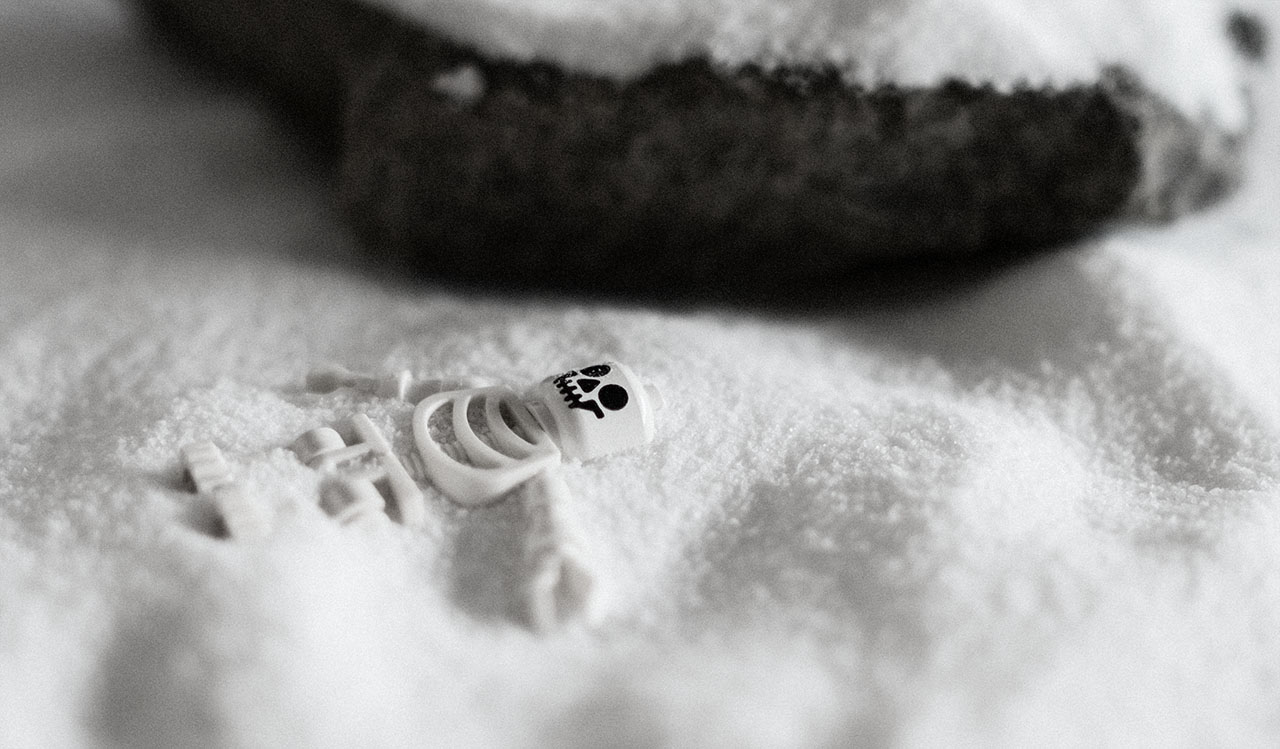 I recently posted about the trouble with colour in toy photography—that toys are all sorts of crazy inharmonious colours. Well, they also have another annoying property: they’re normally very light on texture. END_OF_DOCUMENT_TOKEN_TO_BE_REPLACED

Ever since I first held a camera, every photo I’ve taken has been in colour. The finished article may not stay that way, but my eyes see in colour, and my view through the viewfinder is always in colour. END_OF_DOCUMENT_TOKEN_TO_BE_REPLACED 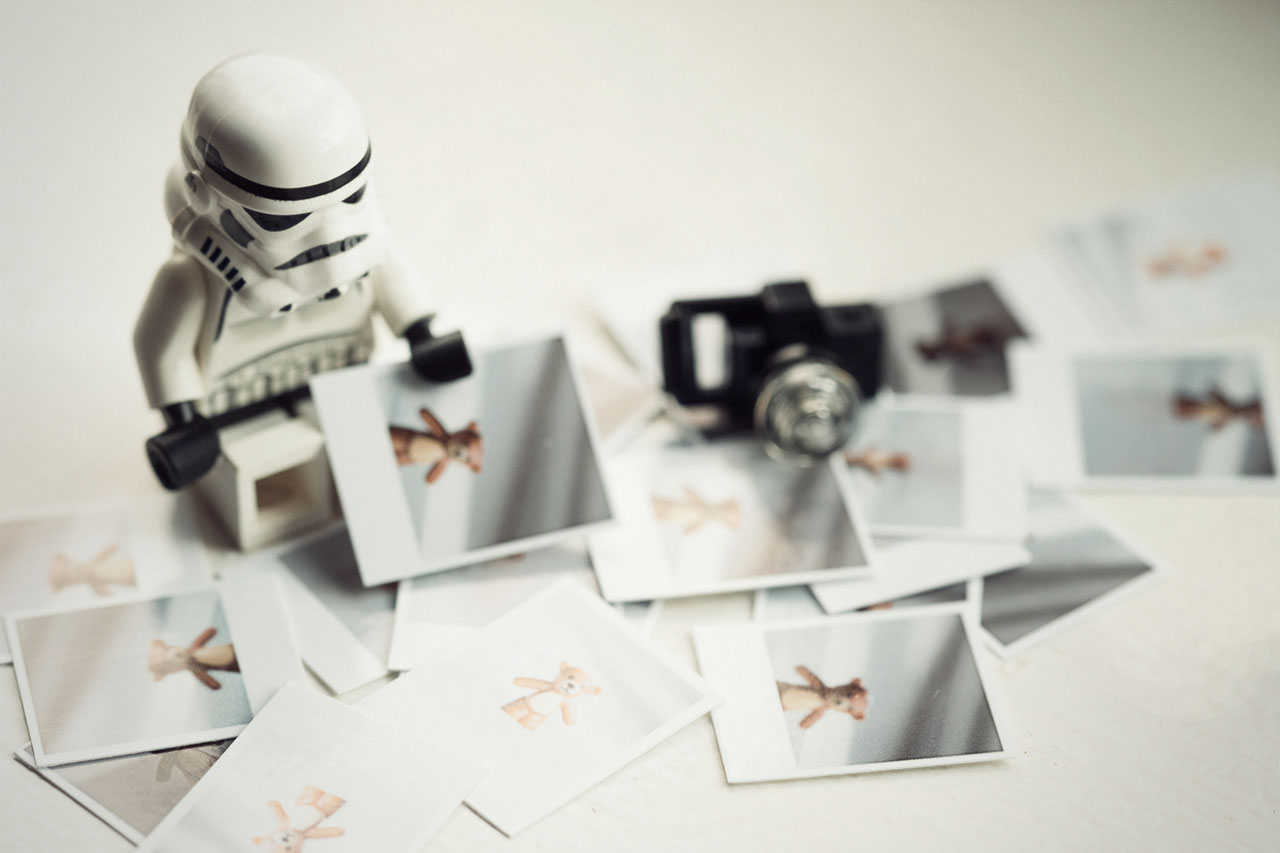 Learning requires failure. In photography—as in all aspects of life—we have to see which of our choices work, which we can build upon, and which get us nowhere.

In the world of photography it’s becoming more difficult to find out when we’ve failed. END_OF_DOCUMENT_TOKEN_TO_BE_REPLACED