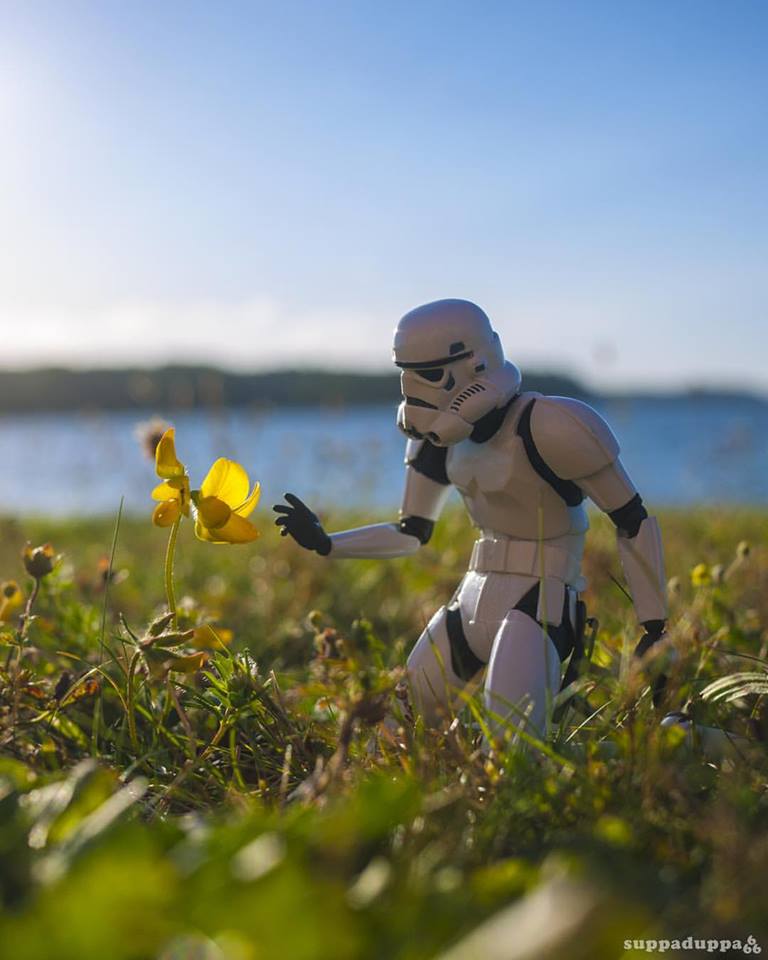 Suddenly, Boris (the man behind Me2) shouted ”Look what I found! Is this my lucky day? Who lost his Iphone?”. I started touching my pockets, it was mine, my iphone! It fell out of my jacket while I was laying on the floor shooting a picture of my C3PO and R2D2, totally absorbed trying to get the best backlight I could at 5.30 in the morning on a little beach near an old military castle. Last time I lost a phone it was 5.30 in the morning and I was having a great time too, but I was a little drunk and getting out of a disco with my friends about 12 years ago (that time I didn’t get the phone back!).

It was the last week of August during the Baltic Toy Safari organized by the 100% Stuck in Plastic people in Vaxholm, Sweden. It was all perfectly organized by Boris and his family and made us all feel like we were home. Thank you!

The first impact was arriving to a house with a garden full of Lego sets. These people are crazier than me, they breath LEGO, they know the names of the sets and which set was special and came with this or that figure. One of them (I will not say the name here :D) bought a Lego Death Star ACCIDENTALLY!!! I love all kinds of toys, Lego is one of my favorites, but I could see that I’m far from being a Lego Connoisseur. 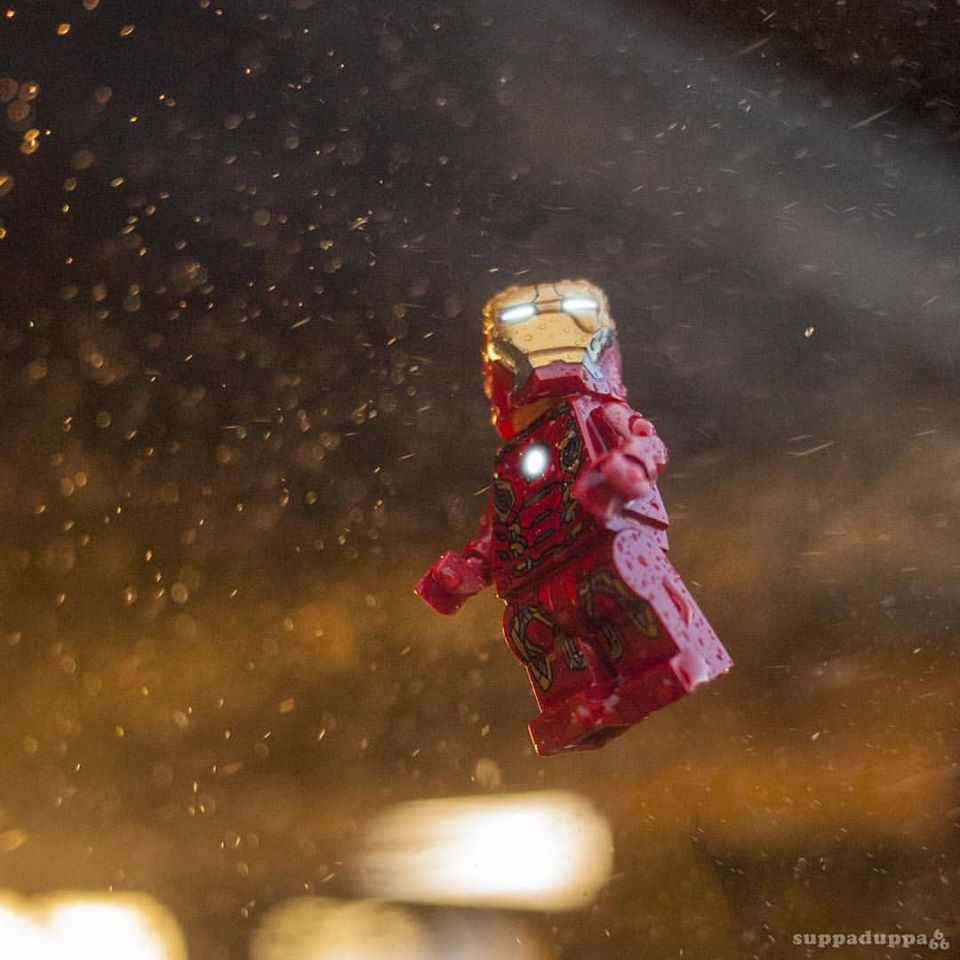 A few hours later, when all the folks had arrived I realized that it was both weird and comforting talking with people who you don’t personally know but you have been talking with for months or years through social media. It was like “Hello, my name is David… yes, yes @suppaduppa666… yes the iron man guy … Do you remember that day blah blah blah…” Everything flowed between us, people jumped from one group to another and everybody had something to say about this or that because we were there for one main reason: toy photos. It was funny talking about that guy who wrote that on flickr and started and endless debate or that other one who makes that fantastic pictures and has only a few followers, the Asian toy photo styles, HDR photography (LOL), different toy magazines or the guy who sold “illegal” stormtrooper costumes, women in toy photography… We are from different parts of the world, different ages and lives but we all have a similar toy culture and we all have lived the same reality through Instagram, Facebook or Flickr all these years .

As I said before, I’m not an outdoor photographer but I had a great time shooting with people and seeing how they do their thing (everybody carries a piece of blue tack stuck to their cameras, I’m not the only one!!!). I also enjoyed helping another photographer to make his “perfect shot”. If you add to this equation that you also have a 150 minutes long Magical Hour in Sweden, this makes it nearly one of the best places I know of to take outdoor pictures. 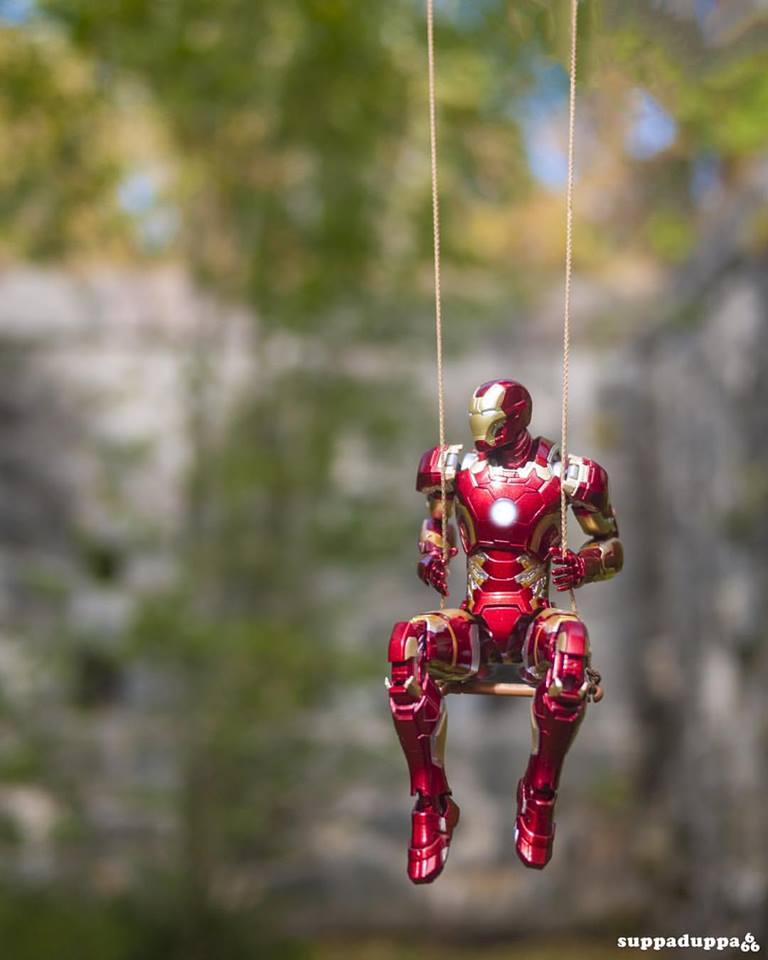 Saturday night we had quite an emotional farewell dinner, with speeches from some of the attendees and some beautiful presents for all of us. It was the perfect end to such a fantastic weekend full of what we all enjoy most; toys & photos.

I believe that great expectations are the first step to becoming disappointed with something you have been waiting for impatiently so I rarely try to have great expectations with things to come, I just try to arrive at the point where I want to be and enjoy it as much as I can. But It’s impossible not to expect anything when you are taking a plane from Spain to Sweden to spend a weekend with a bunch of toy nerds like yourself. I must say it exceeded my “unwanted” expectations, everything promised in this 48 hours was over-delivered: toys, photo, talks, tips & tricks, wonderful food and taxi-boats.

The toy photography community needs more of these kinds of events, plastic people need to know each other and share their experiences and views beyond social media. This gathering was much more enriching than you could believe.

Stuck in Plastic, keep on doing this!

I can glimpse a near bright future of your upcoming gatherings and I’m sure that there success will only increase each time. I will always keep a great memory of this Baltic Toy Safari and I hope I can come back to your upcoming celebrations. 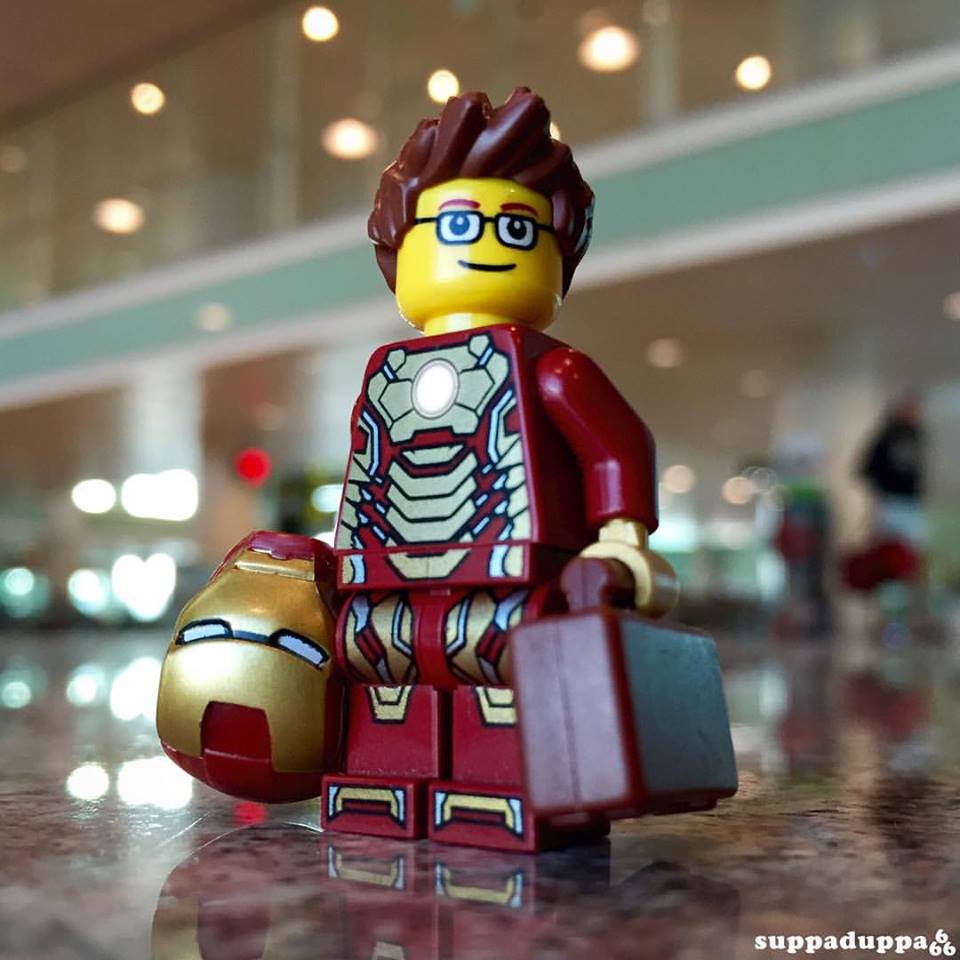 PSic. The title does make a reference on purpose to that other fantastic toy safari in … indeed Vegas.

Is it “four weeks already” or “only four weeks”? Either way, your words are telling me that my memories aren’t phantasies; it was really a weekend THAT great! Thank you for having been there and for being part of this community.

Thank you for accepting a Non-Lego Pro ! XD

Thank you David for your awesome post. Thank you for trusting us enough to join the first StuckinPlastic European toy safari and thank you for your encouragement to do this again. You are a treasure beyond compare! I hope our paths will cross again for another day of photography and another evening of drinks and camaraderie. Until then …I will see you on the inter-webs! :D

Thank you Shelly, I will be around here :)

Looks like you had a really great time. Each time I read about this gathering it’s what it looks like but the feeling is particularly strong in this one. It definitevely makes me want to attend the next event, no matter where it happens.

No doubts! Do it!