Today it´s @stories_in_bricks ‘ turn on taking out the pirate. And it seems Daniel did not just take Lady Pirate out for a walk, he took the whole Barracuda along.
Here is Daniel’s take on the CMF Series’ Twenty Lady Pirate ….

Since I recently dusted my old Barracuda and already did some great shots with it in water, I really went all out with the Pirate figure and my ideas developed into a full blown story

“Once upon a time there was a young pirate who was the daughter of the Pirate King. Wanting to know whether his pirate daughter was ready for bigger tasks, he sent her to run a simple but important mission with his ship.

While sailing open waters, they encountered a shipwrecked man just, drifting along in a small barrel. He begged for rescue and promised a treasure map in return.

Even though the pirate’s daughter was known for her ruthlessness, she also had good instincts and a kind side. She trusted the man that his map was authentic and rescued him. As promised, he in return gave the map to the pirates. The treasure was supposed to be buried on a remote island, which was only a small detour away. Seizing the opportunity, the pirate’s daughter gave orders to change course and find the treasure. Guided by the stars, they sailed through the night.

As mutiny is never far from pirates, some unhappy crew members used this decision to rebel against the pirate’s daughter. The King’s mission was more important and the treasure just some tale from an old man to get rescued, they said. So the daughter had to remind the men of the proper respect they should show her.

And to make sure they never questioned her decisions again, the head of the mutiny gang had to walk the plank.

Confident they crew wouldn’t dare to leave her behind now, the pirate’s daughter decided to row to the island alone.

As promised and as marked on the map, ten paces from a palm tree and after some digging, she found the promised treasure: A big chest filled with gold coins and nuggets.

Always having eaten her veggies, the King´s daughter was very strong. She took the treasure back to the ship and they continued their journey. After having picked up the cargo they were supposed to fetch, there was some time to melt the gold into some proper bars.

The return trip took the pirates no time and upon their return the daughter could present the big heap of gold bars to her father!

Proud of her instincts and ruthlessness, the Pirate King made his daughter his chief mate and hence forth they both sailed the high seas together.“

There isn’t much to say about the making of the pictures on the beach/sand/land, as these were shot pretty straight forward. Yet, a tip or two for photographing LEGO in or at open waters:

Do add some safety to keep your figures and props from floating away.

For the beach pictures I used some small sticks to secure them from being washed away by the sporadic bigger waves.

One of the most important things when talking pictures very near or in the water is to be very very very careful while handling the camera. You will want to make sure your tripod has a firm stand before bringing the camera near the water’s surface. The distance between the surface and the camera then depends on the wave height (even in small rivers) and your daring.

Since the Barracuda doesn’t float, I used some stones underneath the ship. The only problem with trying to take pictures in the big river was the tide. I took the pictures during subsiding water. The water went so fast, that when I put the stones and ship into position I had only a very short time to take the pictures before the stones were visible again.

The Navigation picture (“Among The Stars”) was taken at night on my balcony and is a stack of a long exposure image (20s) with ISO 200 and a second image with shorter exposure (5s to avoid star trails) and ISO 1250 to capture the night sky. (Unfortunately it was near full moon and I was located at the edge of a big city, which didn´t allow for the stars to stand out very clear.)

After looking through the pictures I realized I needed an explanation, how the treasure transformed into gold bars. So I quickly built a little blacksmith shop where the gold is melted into bars. To create the illusion of melted metal, the floor is made of sand on top of a glass plate and lit from underneath.

The left three bars are LEGO bricks and the gaps between the sand let enough light pass to gain the look of melted (but already a little cooled) metal. The right “gold bars” are in fact small plastic half tubes filled with honey. Honey has the right colour, doesn’t flow away quickly and is nicely illuminated with the light below.

As you can probably guess by the long story, I love this minifigure. Not just because it fits really nice into the pirate theme with some great printing on the back and front. Her hat with the attached hair also is a great new piece. Some other accessory beside the sabre would have been nice, but I´m just as happy with the figure on it’s own.

Looks like the female pirate stole another heart here. Tonight we will surely be dreaming of her and sailing away on the Barracuda, too.

Who else has a special place in their haert for the pirate theme? Are you looking forward to the Barracuda bay set? Tell us in the comments below. 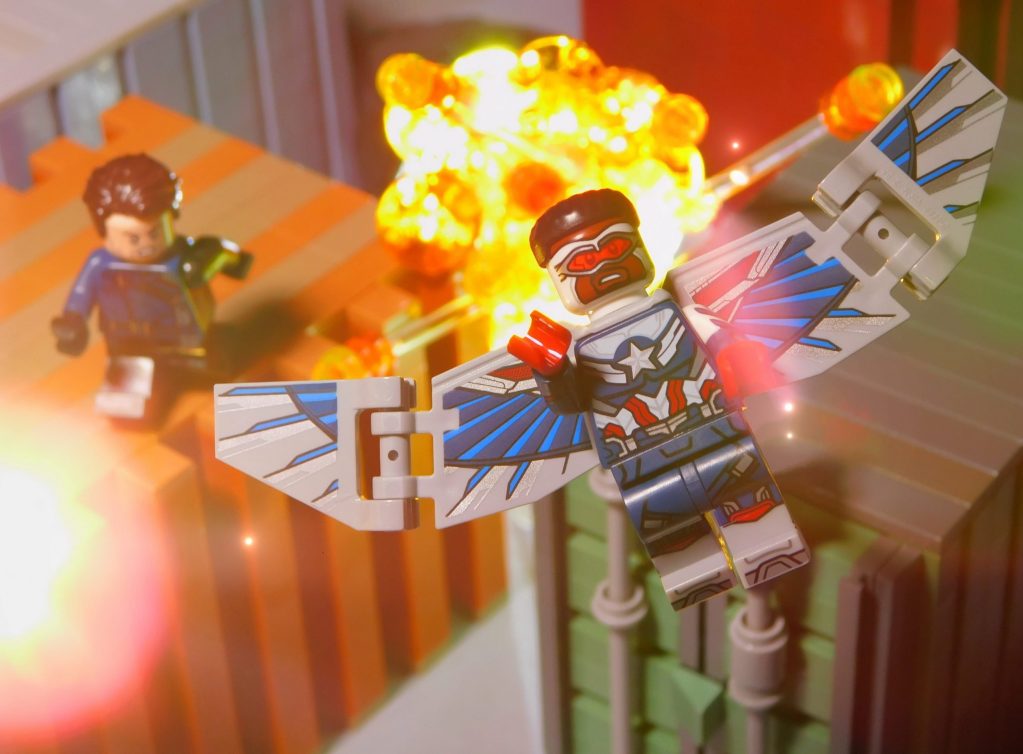 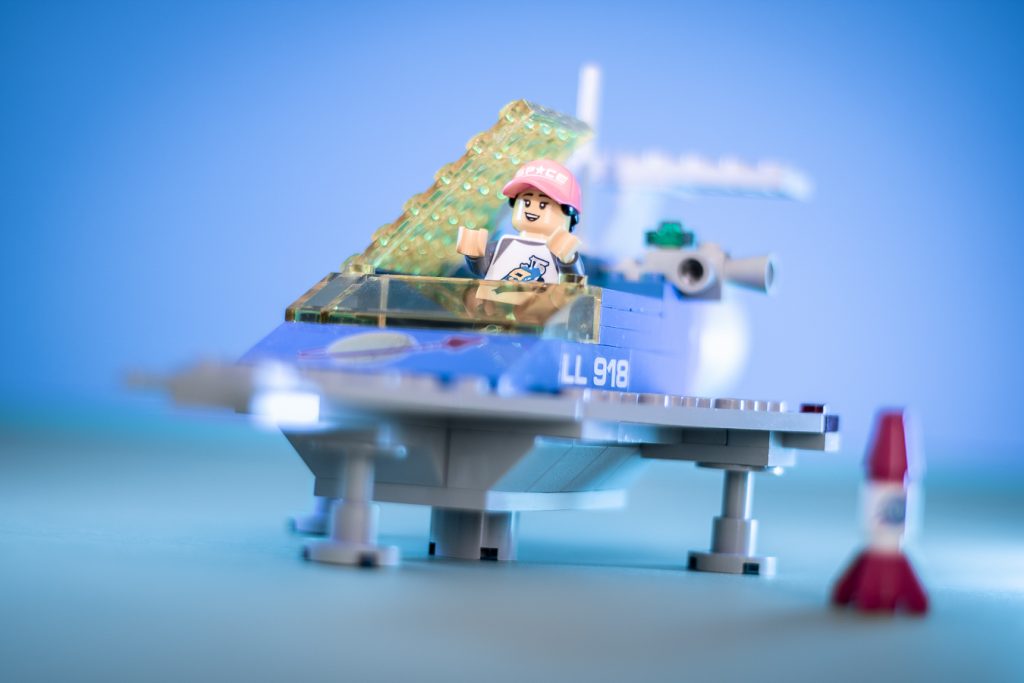 Very nice story! And I love the BTS, thank you! :) I always wondered how people did the shots with water, so thanks for saying that it’s mostly about daring :D I was thinking also about some waterproof casing to protect the camera :D