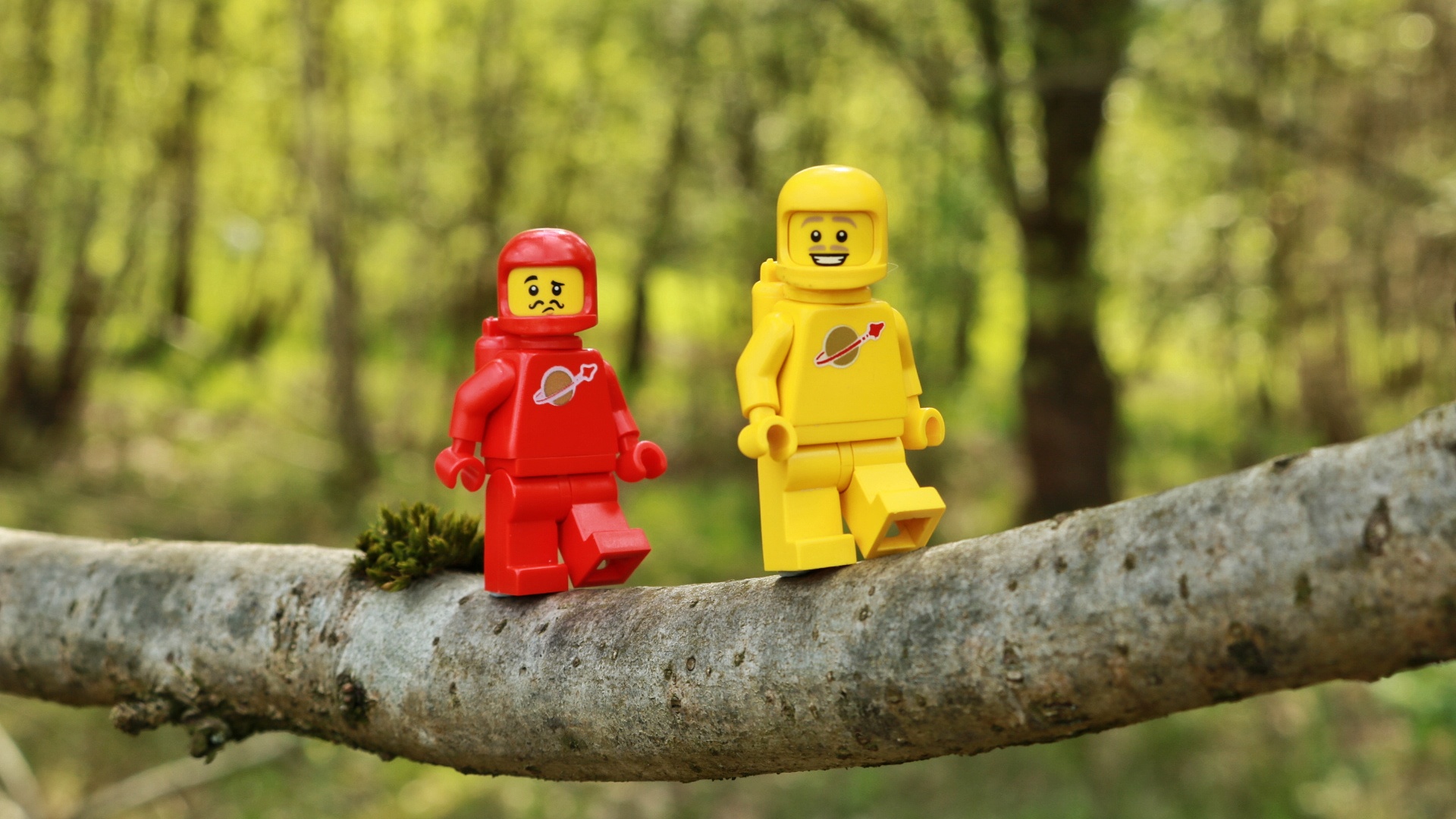 When I first read Boris´ post Travel I was totally infected with the idea of his little exercise! I may not be a frequent traveler in terms of flying to Japan or road-tripping to the polar circle for the weekend. But having been introduced to that quote generator was great fun and I could easily think of packing some Lego and gear, hopping in my car and leaving my neighborhood for a mystery photo session out in the wild.

In order to get to know the generator, I tried it several times at home. First I went for “random”. After two or three StarWars and People quotes I came across some, let´s say, rather heavy ones. Words by people I had never ever heard of before. Even words that I had never ever heard of before. As they say, you never stop learning. After some more typing, I found that my favorite results came from either Star Wars, the Hitchhiker´s Guide To The Galaxy or Calvin & Hobbes.

Finally, the day that I had planned for going out and about with Lego and a mystery quote had arrived. I was on my way to my hometown (a three-hour drive) and had scheduled an extra stopover just to fulfill the mission. I chose a theme (Hitchhiker it was), hit the GenerateQuote button and- was surprised. As much as I like Douglas Adams´ science fiction novel (HHGTTG, or HG2G) and as much as I appreciated this scene I must admit it gave me a hard time trying to visualise. This is what I came up with for the quote given:

I proceeded my journey but wasn´t happy. Ok, I only had a small selection of astronauts, some accessories, and extra heads but I thought I could do better.

I let it settle for a week. At home, I hit the Generate Quote button some more to get an even better idea of what could happen the next time standing in the middle of nowhere and trying my best to react to my mobile device´s sentence. As I found I may be cheating playing a second time I tried to make it up by only taking astronauts with me again (along with said accessories and spare heads). This time I wanted to play it safe as could be and chose the Calvin&Hobbes theme. What could possibly go wrong this time? Nothing, of course! Nothing, except for one detail: Whoever knows Calvin&Hobbes also knows Spaceman Spiff and knows that he always carries a blaster. Dang!
No blaster in my accessory box.
So the one I came up with again wasn´t exactly what I wanted:

Hmhmhm.
The situation seemed to be perfect to remember another saying: Third time lucky.

I dared to hit the GenerateQuote button for the last time…and finally came up with a pic I was more or less happy with:

Could I have done it better?
-I´m sure I could have.

Will I try my hands on this tiny little exercise again?
-Of course, I will! And next time without cheating!

However frustrating it can be to not reach a certain goal that you set for yourself, at the same time it is very satisfying to know you are willing to take a challenge and actually come up with something.  And  I´m convinced that the more often you try it the better the results will be.

Ps: Should you never ever before have had the joy of reading some of Calvin&Hobbes´ adventures please treat yourself to the wonderful comics by Bill Watterson. You won´t regret it.

wow, great idea! and great challenge! I’ll try it for sure.
thank You Stefan for this post :)

Well, thank YOU, Tomek, for the feedback! It’s a fun exercise for sure, challenging you to improvise to the fullest. Looking forward to what you will come up with.

Stefan, I love all three pictures – even more so with the quotes. They put a constant smile on my face.

This looks like so much fun I am sorry I did not try it. But as you say above: It’s never too late (to learn).

Hey Tobias, thank you for the kind words! And no, it’s never too late. I’d love to see your results once you tried it. Should be extra fun and challenging with your type of mini figures :)

Stefan, absolutely do so!! I’m looking forward to that, woohoo!