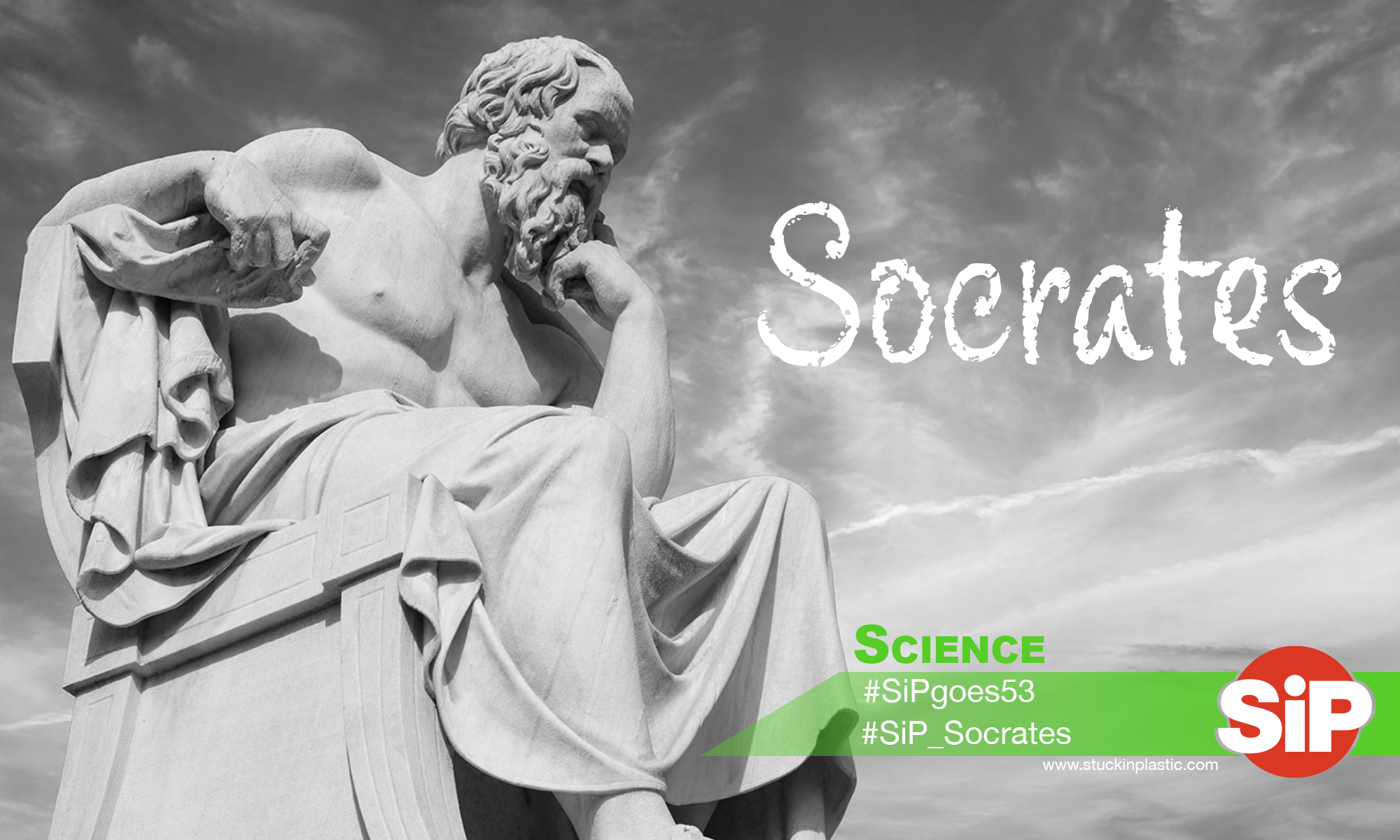 This week is special.
We are already Wednesday and we did not introduce our guest of the week.
We started the week with announcing the survivors of our creative contest SiP Apocalypse, had to recover from Floating Bricks (more on that later this week) and we failed to proper introduce our oldest human being from the SiP goes 53 list.
Socrates.

Socrates lived in the 5th century BC in Athens.
He is known as one of the fathers of both classical Greek and modern Western philosophy, and he is our person of the week.

If you are interested in the nitty gritty details of Socrates, we kindly refer to the Wikipedia page on Socrates. A slightly confusing and overwhelming page, packed with details but worth a read. What we do know about his life and philosophy doesn’t directly come from him. Socrates left no writings behind him and transmitted his knowledge to his disciples and other contemporary philosophers orally. One of the broadest written sources that have survived from the antiquity are Plato’s and Xenophon’s dialogues which contains conversations with Socrates (*) and describe the philosophy of Socrates in more details.

We want to highlight a few of the reasons why we selected Socrates to our list of SiP goes 53.

Ancient Greece is seen by many as the cradle of Western Civilization. We did include ancient Egypt before with Cleopatra, yet Greece had a defining influence on a lot of our modern day institutions and ideals, including democracy. Socrates did had an opinion on Athenian Democracy, and while the opinions are divided, it may make for an interesting exploration.

There is a lot to say about the platonic relationships, Plato and Socrates, and if you would be willing to explore this angle, you are amidst a wide variety of scholars to discuss.

One of Socrates greatest contributions to our Western Philosophy, the Socratic Method, or very simply put, the why, why, why and stay critical in your thinking. Maybe you want to explore the fishbowl method or take Socratic Irony for a spin and bring Lt. Columbo into the picture.

Socrates his death is most probably the event that catapulted him into the historical chronicles. He decided to drink the poisoned Hemlock and not run away from his sentence and his beloved city of Athens.

So what will you choose this week?
Ancient Greece.
Athens.
Philosophers.
Or zoom in to the character of Socrates.
The creative floor is yours …

(*) Many of the sources accounting for Socrates, including the works of Plato are either philosophical or dramatic texts and thus have can be subjective and historically inaccurate. Hence it is fair to say that to this day, very little is certain about who was really Socrates. Some would say #FakeNews in this day and age.

It is that time of the year that good old Wikipedia is looking for a donation. If you feel like making a small donation to our shared and common human knowledge database, now is a good time to do so: https://donate.wikimedia.org/