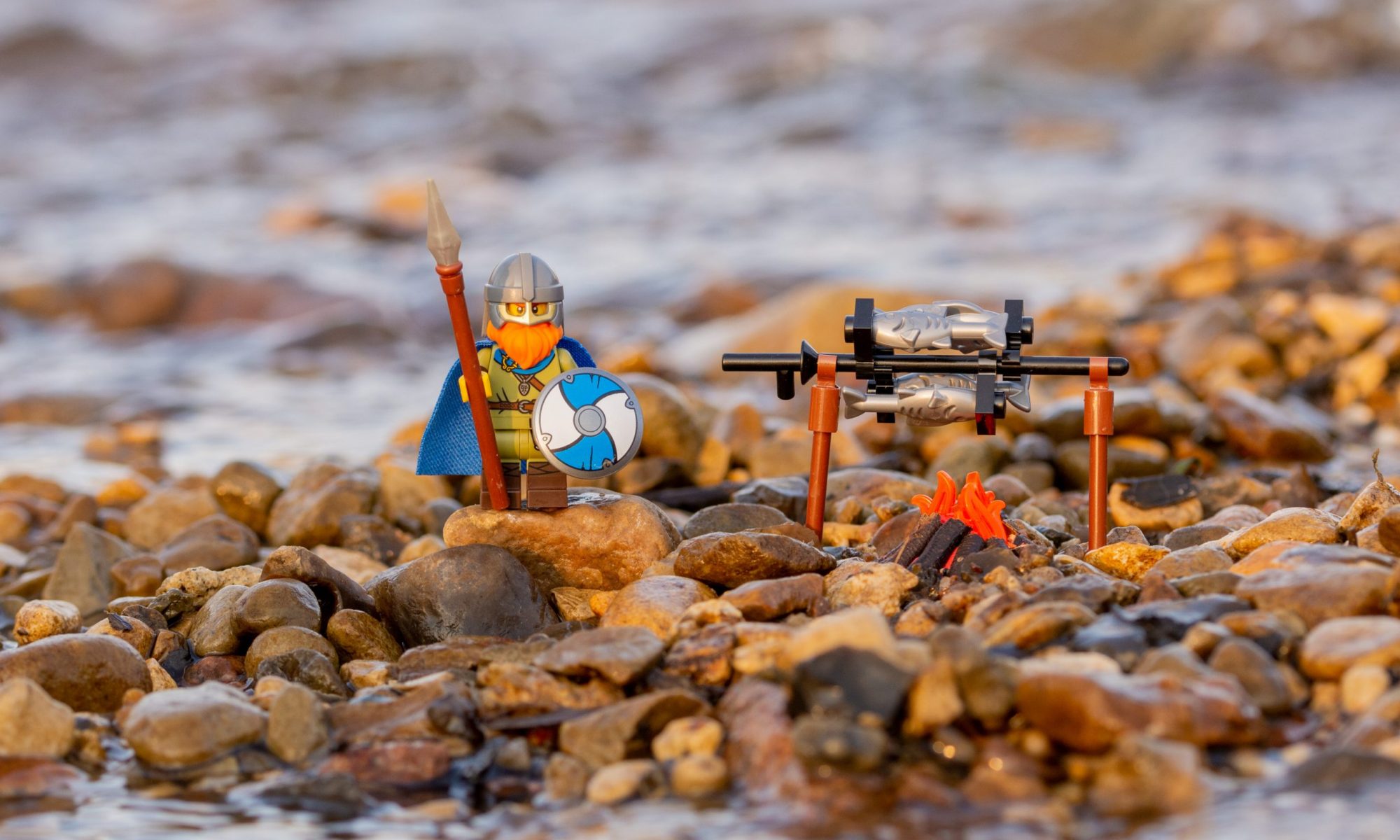 Today Daniel shares with us his vision of the new #CMF20 viking.

The Viking, Part One

I had two ideas for the Viking.

The first one was some sort of campfire scene. I tried it on the banks of a river with a small fake fire (and some fish on it).

I also wanted to try it with real fire. So at home I built a little diorama to have better control of the surroundings. For the fire I cut some matchsticks, added a wick in the middle and lit it. It took a couple of attempts to get some good results.

The other idea was to show a fighting Viking (or one that was just preparing for a battle).

For this scene I built a little Viking boat – or at least something that looked like one – for the Viking to ride on and into jump into battle from.

Like the pirate and the knight, the Viking is a great addition to the adventure/fantasy/history staff of my collection. The helmet, shield and spear are really well made and the print on the front is great. I’m not sure why there is a printed cape on the back when a real one comes with the figure, but this just makes it even more versatile.

Thank you for yet more images of a new figure!

And if YOU want to pick up Daniel’s idea and light a fire at home, please make sure to take some extra care and have some water for fire extinguishing close at hand.

I love the picture with the real fire, so nice. And you diorama is pretty cool, I’m impressed :)