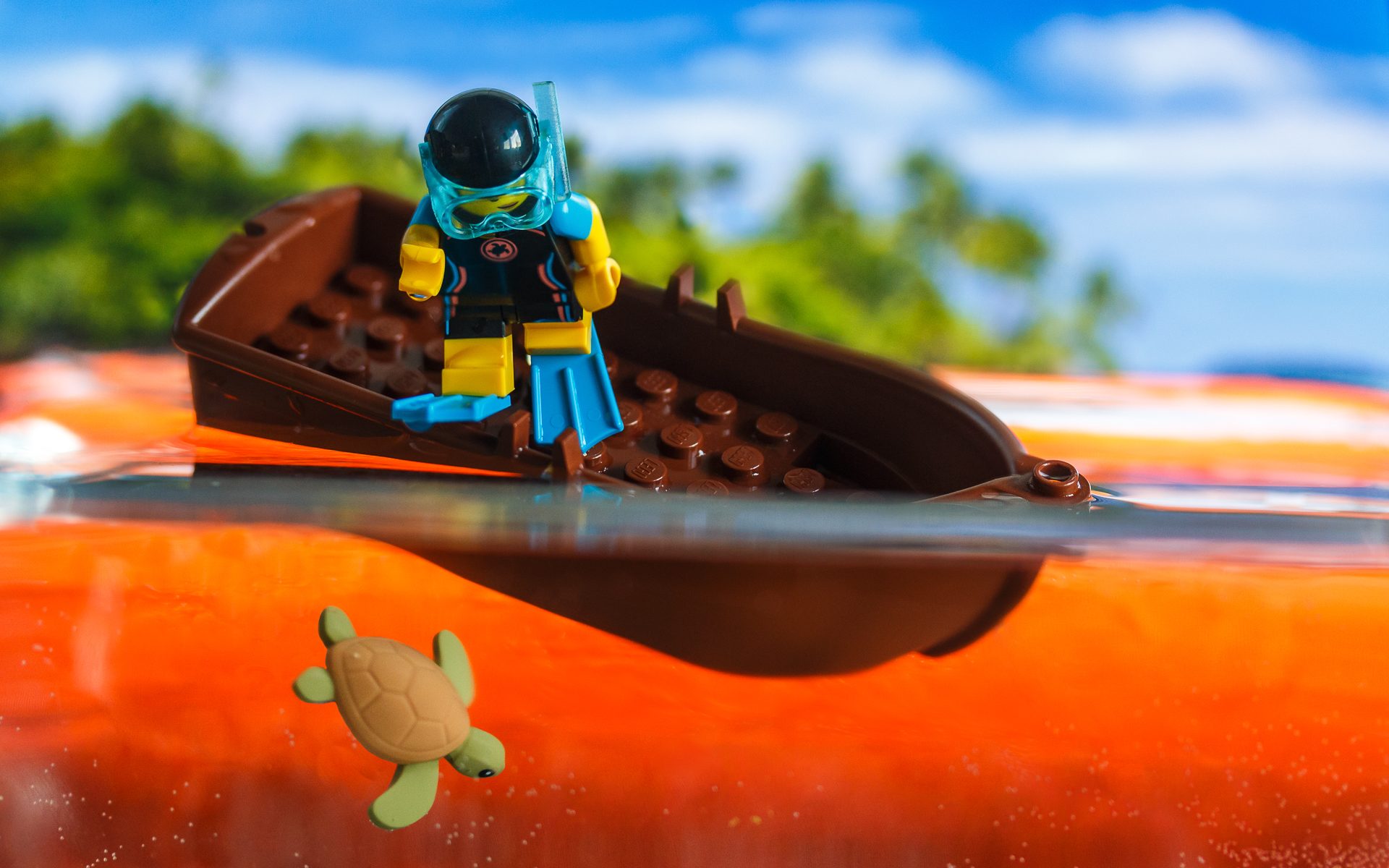 After Wendy’s Garden we got our second review in of the new LEGO CMF Series Twenty. This time from Bert aka Brickmione who shared the idea behind Is this just Fanta Sea with us.

The idea came up during diner. Corona-weekend means that the children are allowed a little more than usual. The oldest daughter found some Fanta in the cupboard. She wanted to try it while I thought she doesn’t even like it. But then this meme came into my mind.

Is this the real life? Is this just Fanta sea?

And I wanted to turn it into a LEGO version using the Diver I got.
Amazing that it’s actually a she.
I think LEGO does a good job of breaking through stereotypes, and leaving out pink (fins are blue, the favorite color of my youngest daughter) is a great idea. The turtle is absolutely gorgeous and cute and re-appears on the diving suit as a logo.

The green leaves are a nice addition (the turtle needs food, right?) and so is the transparent stand to make the diver… well… dive in the air.
It isn’t very easy to attach the figure to it though. If you push too hard, it’ll come off the diving fins and falls back on concrete.
The figure, however, is nicely detailed and I like her more than I expected.

Back to the photograph.

My first idea was to create a sea with a real Fanta bottle or beverage can. But we didn’t have any left – we hardly drink soft drinks here – so I had to come up with something different. I fired up Photoshop, created an orange sea and did the set up using a tablet and clear water and got the image I wanted.

Is this just Fanta Sea?

Great shot with a simple setting!

Great pix and fab video, I agree little hard attaching the diver to the stand but once you master it, you get some great poses :)