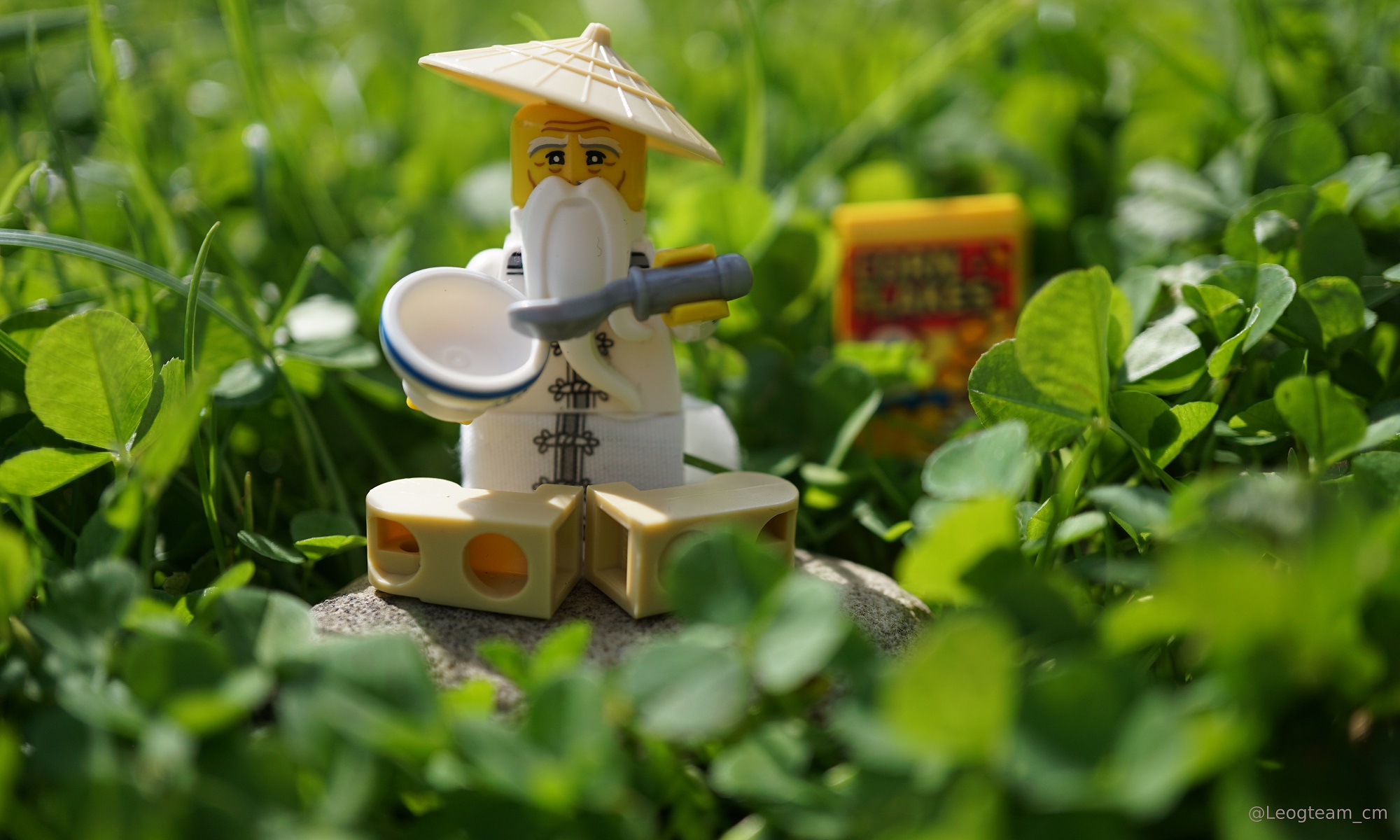 Our German based reporters Caro and Matthi went out to get an exclusive interview with Master Wu in our continuous developing story of Ninjago LEGO models traveling around the world. Do read on.

An old and wise man named Mister Wu is a valued trainer in our city. He trains all the young boys and girls to become great and heroic ninjas to protect the city and when word came out he finally showed up after mysteriously gone fishin, we set out to meet him.

As a little boy, it was his dream to protect the city, to be glorious. In his best years, he defeated several enemies with glory. When his best time came, he decided to stop fighting and share his knowledge with all the ambitious young citizens.

He opened his own Ninja school where daily training sessions are held and this is where we met him.
He has a lot to do, many students who want to be like Master Wu in young years, with a lot of power and a strong will.

So we asked him ”How can you be so wise and articulated even if you’re so old?”
Master Wu started to laugh.
Slapped Matthi friendly on the back and answered.

“Young Ones, it’s not the only achievement to be strong and fearless. You also must use your brain. But the most important thing is: everyday take a minute to rest and eat a cup of cornflakes!”

On our way back from Master Wu, we ran into a young man, looking dreamingly into his plastic selfie stick. Here is his story.

After a long journey from far far away, our little man reached his wondrous destination. A city filled with humans, completely different from where he was coming from. He called it the Human City.
From where he came there is no electrical equipment for any social goods. In his Ninjago City, you live a normal life with meeting friends outside and sharing your experiences with a cold drink in the sunset, enjoying some sushi.

After arriving in the city of humans, he was flashed.
Everywhere he looked he saw advertisements, printed or digital.
People walk along the pavement, having headphones on and looking down on their little screens.
What is this, he asked himself.
He was fascinated and irritated at the same time.
Everybody seems to live on his own.
Does his own thing.
Just typing on the small screens.
No talking, no exchanging looks, he told us.

He stopped and analyzed the humans in their city.
First of all, they needed the little digital equipment everywhere.
For a walk outside in nature.
Meeting friends or even when they go to the toilet.
Most curious are the humans who hold their small screens high in the air or even with a stick and take pictures to share them in a digital world on a platform called Instagram.
Especially this kind of interaction took his attention.

Without further ado, he bought the equipment and tried the things out.
To his surprise, he liked it a lot.
It was a big joy, the photo taking with the so-called selfie stick as well as the platform called Instagram.

When his journey was finally over he returned to his Ninjago city.  He eagerly showed his plastic friends his new discovery.
Inspired by the humans the Ninjago citizens now take funny pictures of their meetings but do not share them. They just want to strengthen their memories.
They rather want to enjoy their life in plastic than being digital and online all the time.

Not sure if the upcoming movie will change that.

Thanks for sharing this story with us, Caro and Matthi. It is always so interesting to see with what everyone comes up when they explore the figures. Especially the selfie one has a deeper social discussion in its story line, which was a dimension that Jo also shared in her story. I hope you liked creating and sharing them with us, as much as I enjoyed reading them. And I don’t know why, but I really like the selfie image. The more I see it, the more I like it, as it has that deeper social discussion (and your IG… Read more »

Thank you for the cooperation!
As soon as I knew that we get the Selfie Man, I had the idea of writing about the constant use of any social media, luckily I came up with the little story.
Maybe some people overthink their attitude of using their mobile phones.

I envy people from Ninjago city. I think their philosophy of enjoying plastic life is really a great one ;-)

Yeah it seems to be very relaxing :D

Oooh, what a thoughtful story the selfie stick brought with it. Heavy fuel for me I must admit (had almost the same thoughts discussed with my wife earlier tonight. In general we also do admire the Ninjago citizens philosophy. Still glad about what IG made happen
And from tomorrow on I’ll have a bowl of Kellogg’s everyday, too. Hoping I’ll become as flexible as Master Wu! Greetings over…

Hopefully Master Wu is telling the truth and it really works ;)