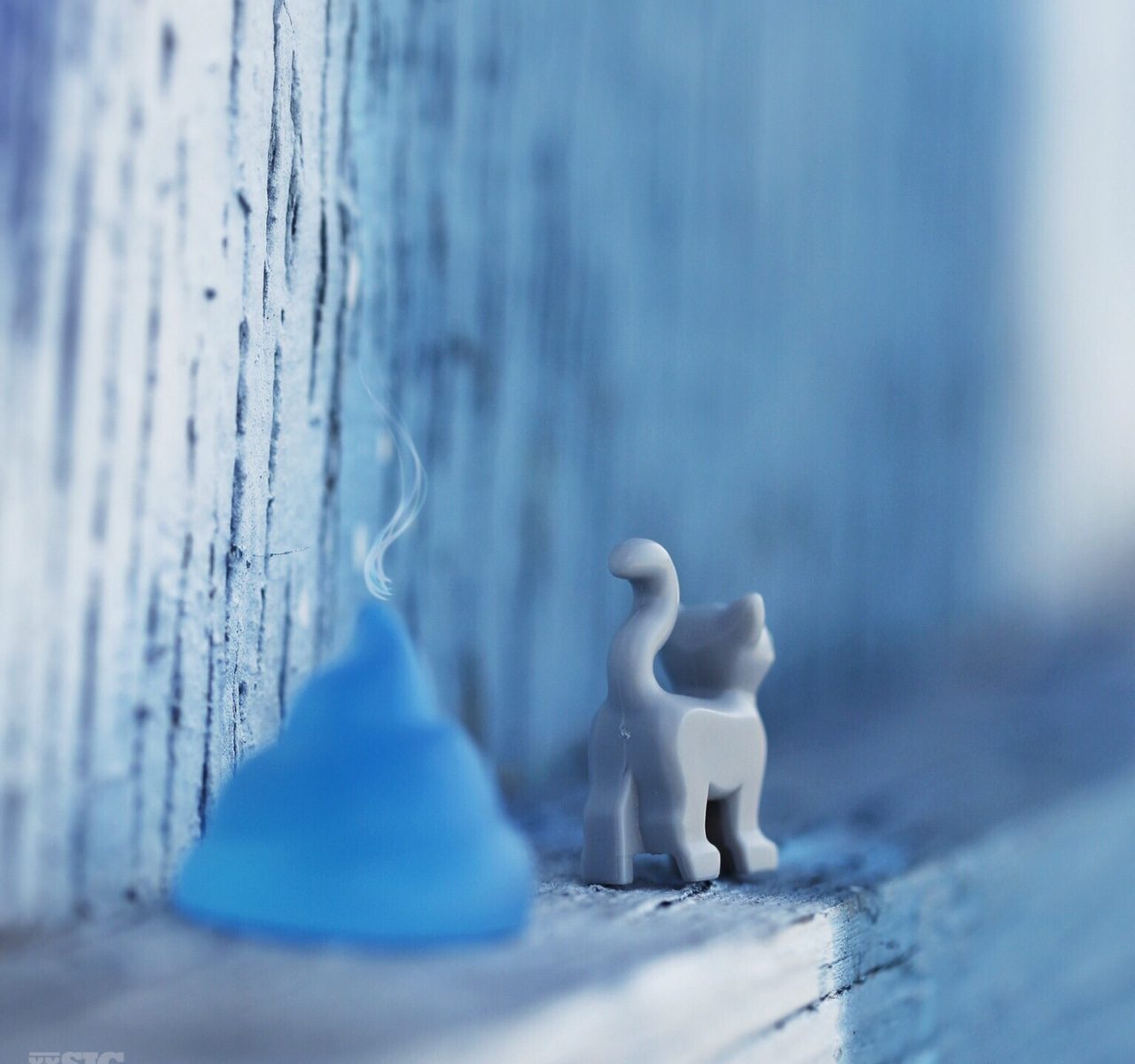 At the risk of beating a dead horse  I want to revisit the issue of fair play and Lego System A/S that we talked about last week.  Me2 and I don’t always see eye to eye and his habit of adding the TM symbol to his words has always seemed pretentious to me, but after last week I think he is on the right track (he just promised me he will elaborate on his Why™ in another post here pretty soon).

Our original post was re-posted to Reddit and the reaction was alarming in its passivity. It seems that most fans in the Lego universe are more than happy to let Lego roll right over them without even a whimper as they believe it would only impact those who would want to sell their work. The over riding sentiment expressed in the comments was that Lego was well within their legal rights and that we, their customers, fans and LEGO artists need to watch our step.

Seriously? What has this world come too when we think corporations have the right to tell us how to create, show and ultimately sell our own creations? What would Andy Warhol have said if the Campbell’s Soup company had sent him a cease and desist order when he first exhibited his now iconic soup cans? I am pretty sure he would have laughed and kept printing his silk screens. So why are we taking this sitting down?

If the Andy Warhol example is too esoteric for you how about this one which hits a little closer to home: Peter Reid. If you are not familiar with Peter Reid he created the fabulous book LEGO Space published by No Starch Press. Oh and he is also the guy who designed Lego Ideas #6135: Exo Suit. You may have heard of it? You probably own one since Lego has been selling it for a few months now. I want to respectfully point out to Lego System A/S that you can’t have it both ways.

Recently a related issue was brought to my attention regarding a popular company (Ikea) and it’s enthusiastic fans (IkeaHackers). Last summer Ikea tried to shut down the popular web site that is dedicated to finding new and more interesting ways to use Ikea furniture. There was a public outcry and Ikea backed down. I guess it doesn’t pay to piss off your devoted core.

Do you really think that if Lego System A/S got nasty and removed ALL photos with Lego imagery off RedBubble and related sites (yes, including Flickr since the basis of the IP infringement claim starts at publishing and Flickr has been making noises about monetizing fan art uploaded onto their website) that the outcry wouldn’t be as outraged as the Ikea controversy? I am pretty sure it would be more financially damaging in terms of bad publicity and a pissed off fan base than any revenue lost due to these “illicit” products.  No one likes a $14.6 billion dollar bully.

Personally I think we are all well within our rights to photograph our toys and sell the images as a unique piece of art to enjoy in your home (we are not talking about licensing stock photography here to be used in a commercial campaign as that is a completely different topic, and we fully recognize that). I am pretty sure most of these artists photos would not be confused with Lego’s own marketing campaigns or franchise business and the financial damage (if any) the company might be incurring is well lets be real…it’s minimal and far less than the community gives back exponentially. If Lego doesn’t like us creating art with their shiny plastic bricks and having us share this with the world, than they should speak out now with a clarified Far Play notice rather than these random take down notices.

This whole fair play discussion is not about the ultimate sale of a piece of art (that is just the financial recognition that someone liked what you did), but about the fact we should own the unrestricted rights to do with our art what we want (as long as it does not violate any other laws like discriminating or racial ones), which is to share, publicize and ultimately gain some financial recognition from it if we choose to do so.

I for one will continue to promote my work with the ultimate end game of monetizing it. While I am not interested in selling through RedBubble, I applaud those who do. If I ever get a “cease and desist” order, personally I am going to laugh all the way to the fireplace where I will promptly burn it.

So I say to Big INC™, I am not afraid of you and I am tired of being bullied by you!

Should we let this topic die a slow death or keep talking about it?

I started a thread about this on the Brickset forum which got quite a few interesting responses.

Thank you for posting the original article there. Again there are too many comments saying that LEGO is within their rights etc. And this is where I cry foul! Lego is inconsistent with enforcement and this is where the rub is. Some people are ok and others are issued take down notices with very little explanation. Everyone should be aware that using the word LEGO to sell their work is a no no. But as far as I am concerned their claim ends their. The marketplace has exploded with lego photography, and so many other third party products that Lego… Read more »

You know it my friend!!