After a 6 hour flight and being in traffic for an hour and half, I get home to a message from Shelly asking me if I wanted to write an entry for the Stuck In Plastic blog about May’s Photo Safari.  I don’t know about you, but for me this is a big deal and I’m really excited to be able to share my story with you!

I’m a 31 years old flight attendant from Panama City, Panama (yes, the Panama Canal and all that) who’s only had a few photography classes when I was studying graphic design in college.  I’ve always been a LEGO fan but started taking it seriously two years ago. I can’t remember the first time I came across a mini figure, I only know it was always a ‘must’ on my cart every time I went to the drugstore. I used to pick them up randomly, hoping I wouldn’t get any repeats, until one day a guy spotted me and my brother and asked us what we were looking for. All of the sudden he was “rubbing” the mini figure bag  and telling us what mini figure was inside. I have to tell, this was like magic to me. Not only did I learn how to buy mini figures and get exactly what I wanted, but I also learned that there was a Facebook page called LEGO Fans Panama . I looked for it ASAP and immediatly joined. Soon I was talking with the administrator of the page (who today is one of my closest friends); I was really happy to finally find other people with my same passion.

That was how it all started. I soon discovered that Instagram had a bunch of profiles of people who took pictures of their LEGO mini figures as  if they were real people. I also discovered a lot of people had mini figures of themselves and projected aspects of their lives through them. It was only a matter of time before I put together my own mini-me figure. It was when I was building one of my airplane sets and found a flight attendant that it all clicked. I didn’t know back then, but on that day @travelbricks was born. 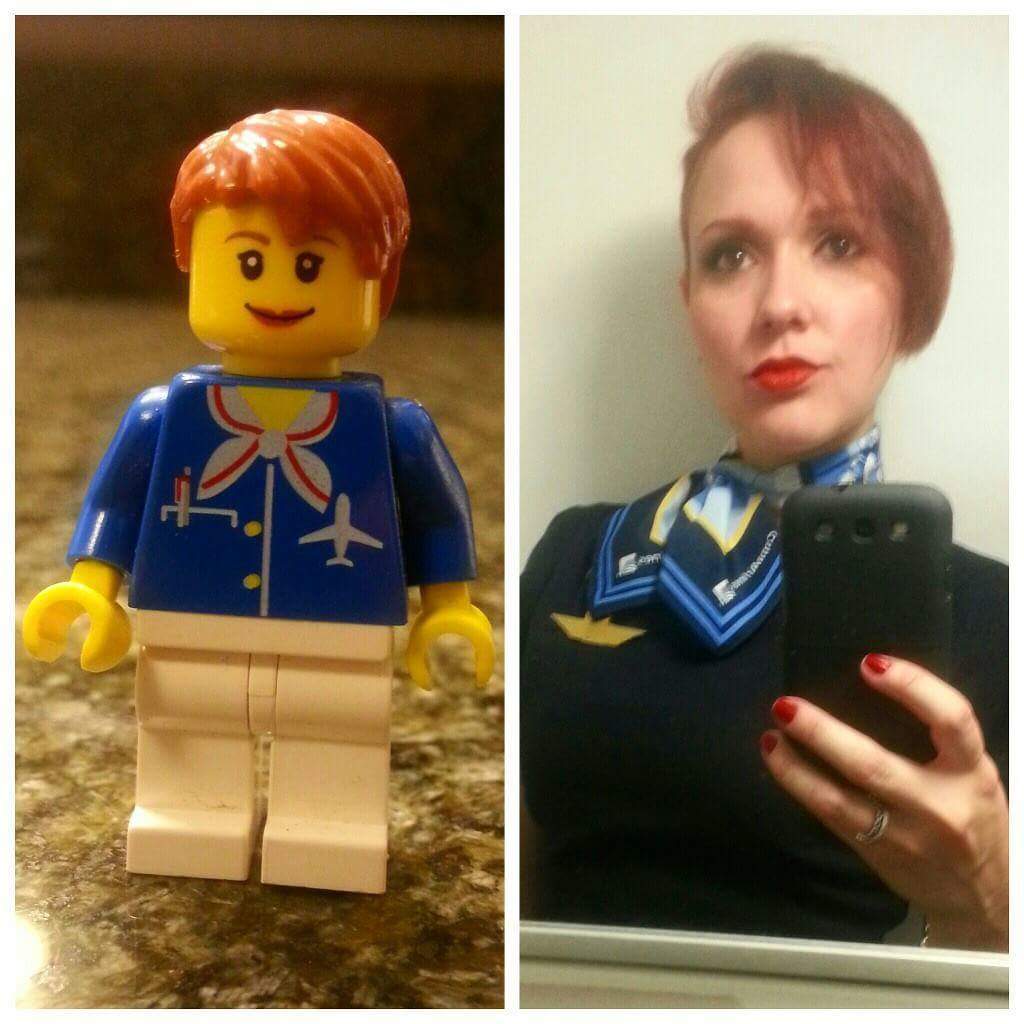 I started taking pictures of my mini-me, but it wasn’t until 2015’s LEGO Fans Panama Photowalk that I really got hooked. I started seeing possibilities everywhere! I realized my imagination was the only limit and in no time I was taking pictures everywhere, you easily could/would find me sitting or laying flat on the floor wherever I go just to get the picture (bless yoga and body flexibility). 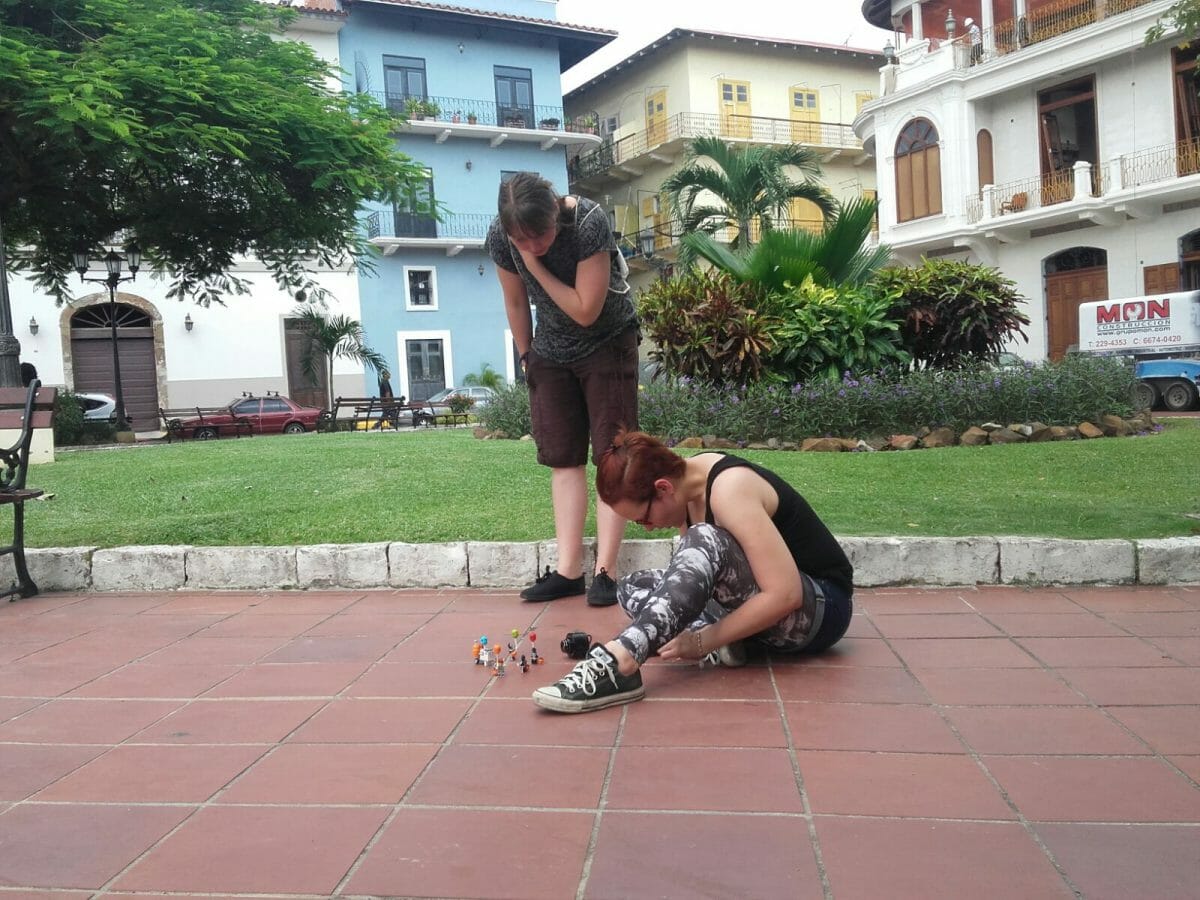 By July 2015 @travelbricks already had some improvements (faces with different expressions, a more accurate uniform, casual clothing, a bike and more) and both a Instagram and a Facebook page (an idea a co-worker gave me after I showed him my little hobby). 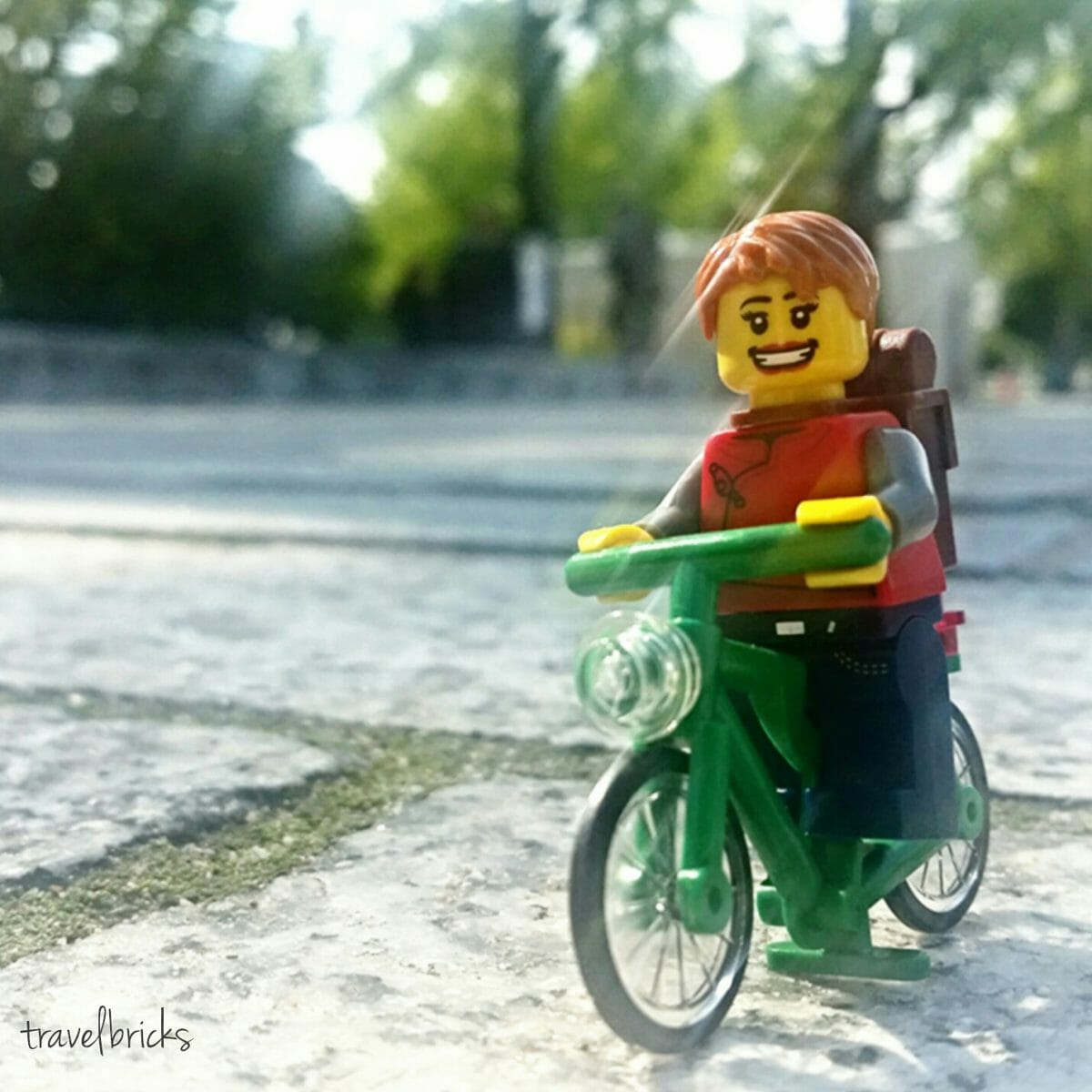 So having all this we took a trip to Japan and that was when I realized I wasn’t that bad. I’ve a lot of memories of the experiences/places I’ve been portrayed with @travelbricks and some of the characters I’ve created along the way to travel with me. The first one was my dear #Larry, I’m a huge coffeeholic and he’s always by my side to hook me up with coffee to help me keep up with my crazy schedules.

Next came “#Dodo”. One day I was at Casco Antiguo, Panama and went to Dodo Bon Pan Cafe (a little cute french style restaurant) and realize they have a bunny as part of their brand and I happened to have my bunny mini figure with me and since then every time I go there I try to take a picture with it. 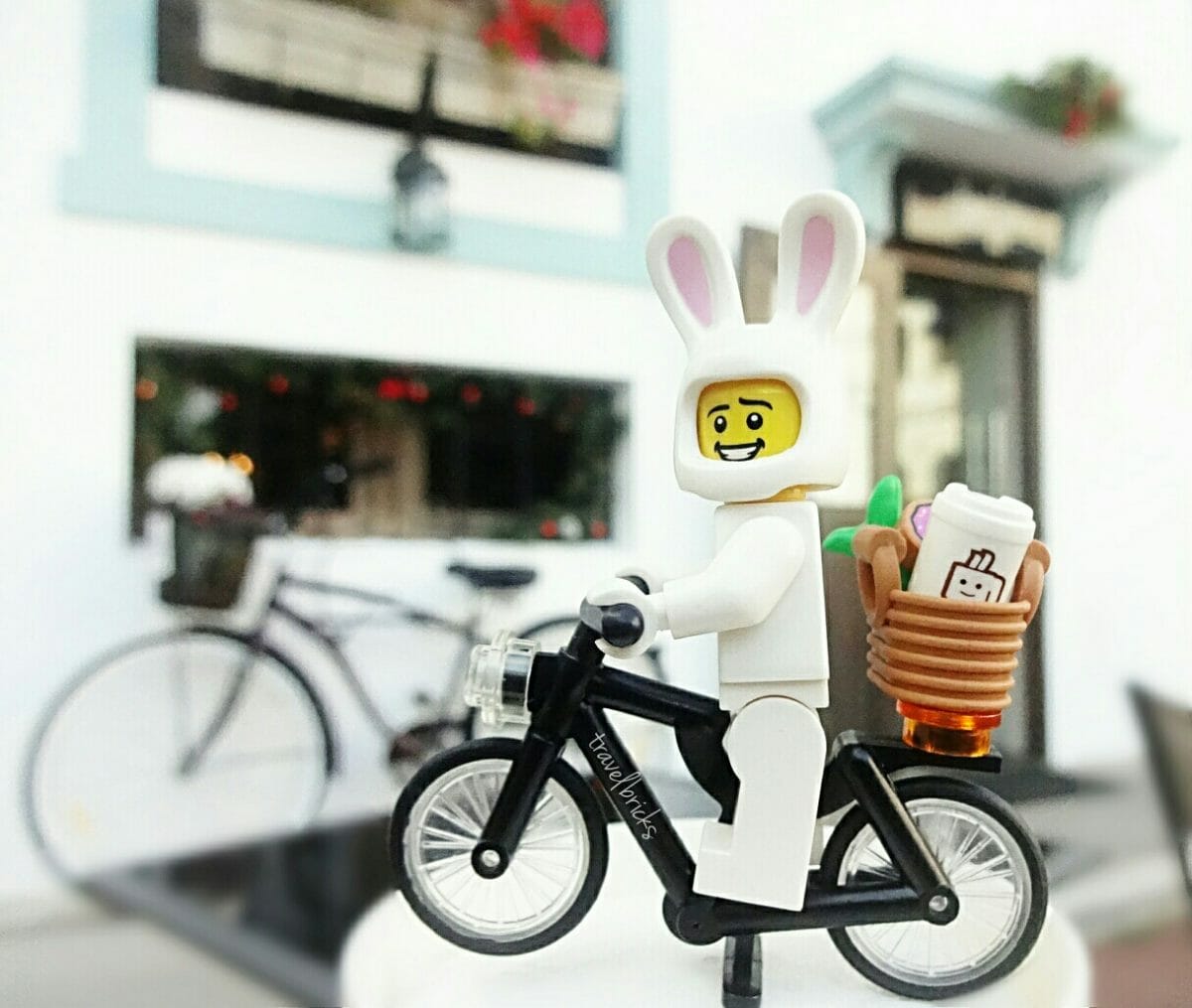 Also I have my little “#Pibil”, she’s named after the “cochinita pibil” Mexican tacos (although she doesn’t knows that). She and Pancho (the Mexican guy) are the figures that represent Mexico, so every time I go there they’re with me in case we have a picture opportunity. 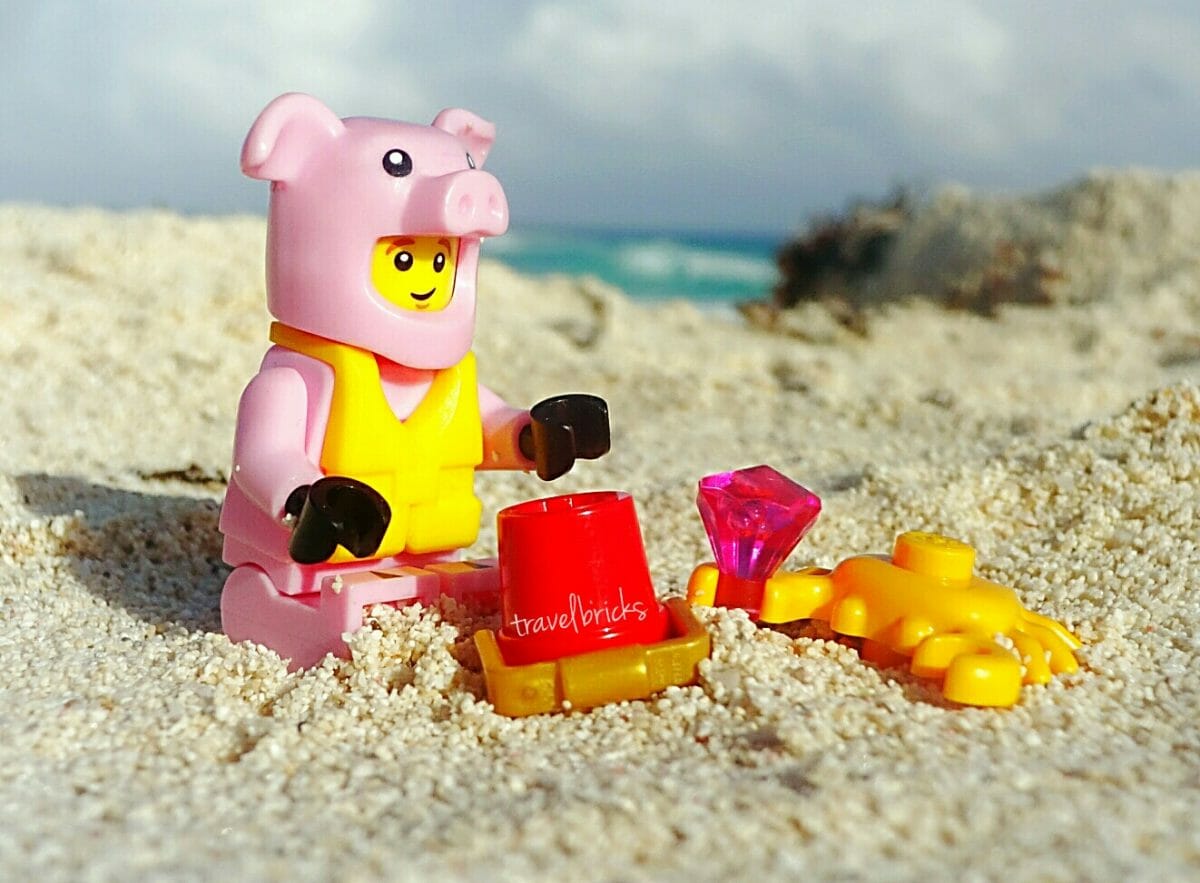 The one with the most photos of his own is my “#CachorroQuente” (which means hot dog in Portuguese). One day I was traveling to Rio de Janeiro and I was thinking about the beach, the coconut water, the sun and it just came to my head! I had my hot dog man in my LEGO case and it would be so funny to take him to the beach with me and I just named him “#CachorroQuente”. 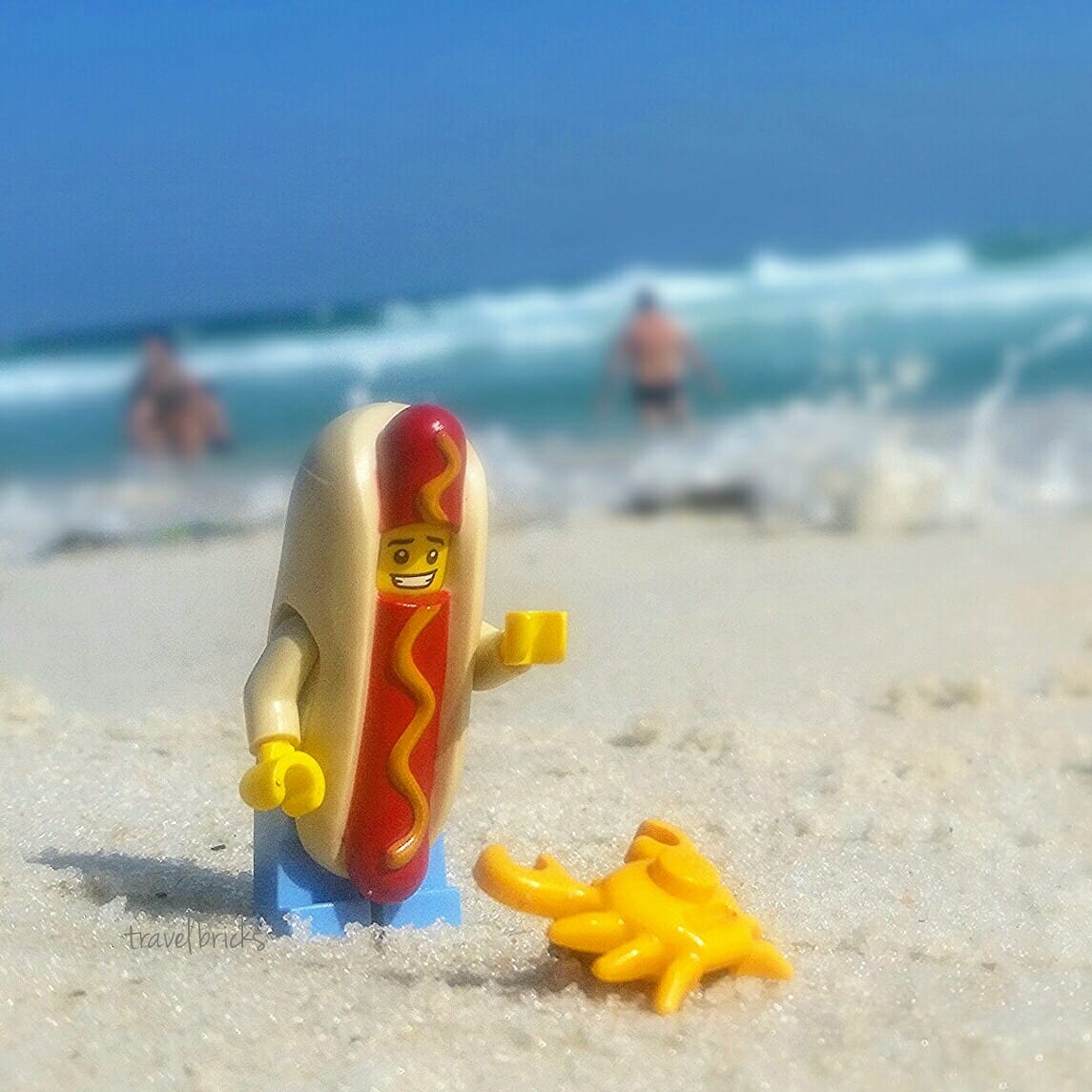 I also have “#Mima” the mini figure I made of my Mom (she is also with me most of the time). 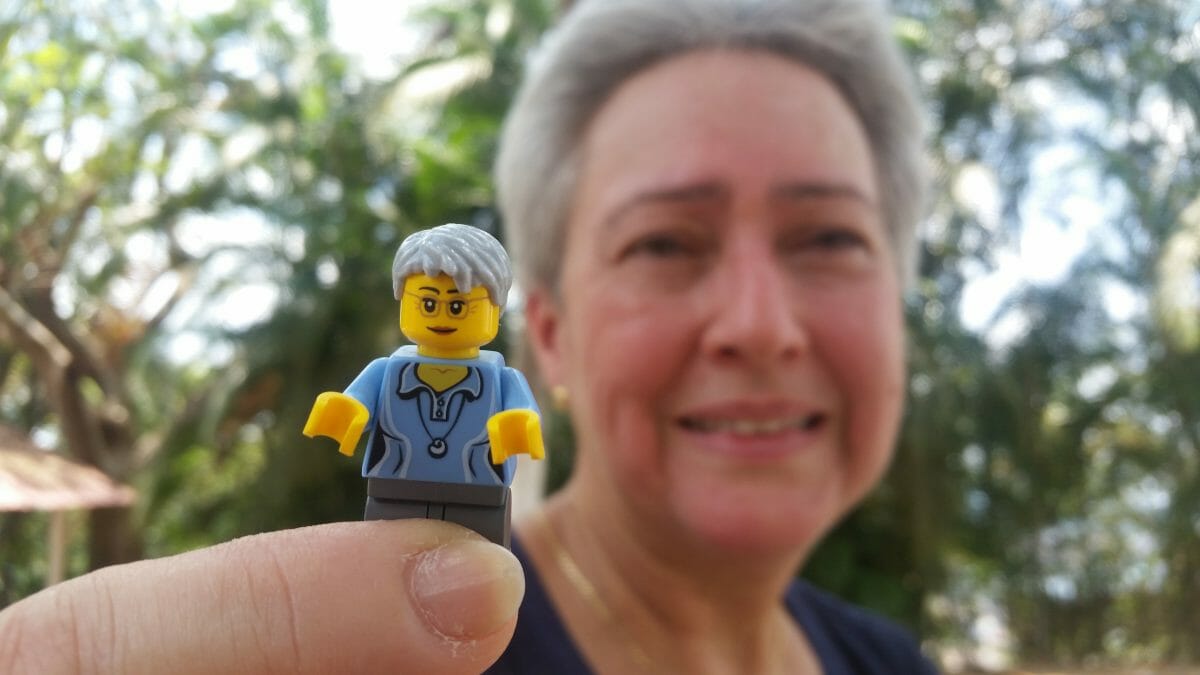 #Panda” in honor of my dear friend Panda (he passed away a few years ago), “#Liberté” (since she is french and all that) who gets to travel with me when I go to New York, “#Ivy” (the plant monster from Series 14 – although I changed the face to a fierce lady face), “#Amelia” in honor to an aviation strong female figure, “#CaptStach” the pilot who is always with me but does not like pictures that much, my dear “#Bones” who represents my love for skulls and creepy things and he’s with me on halloween and whenever I get a flight to New Orleans ( #Jester and #NOLA the crocodile are also part of this trip) and #Jaws who is waiting for a chance to go to Recife, Brazil (there is a “Shark Warning Sign” at the beach). 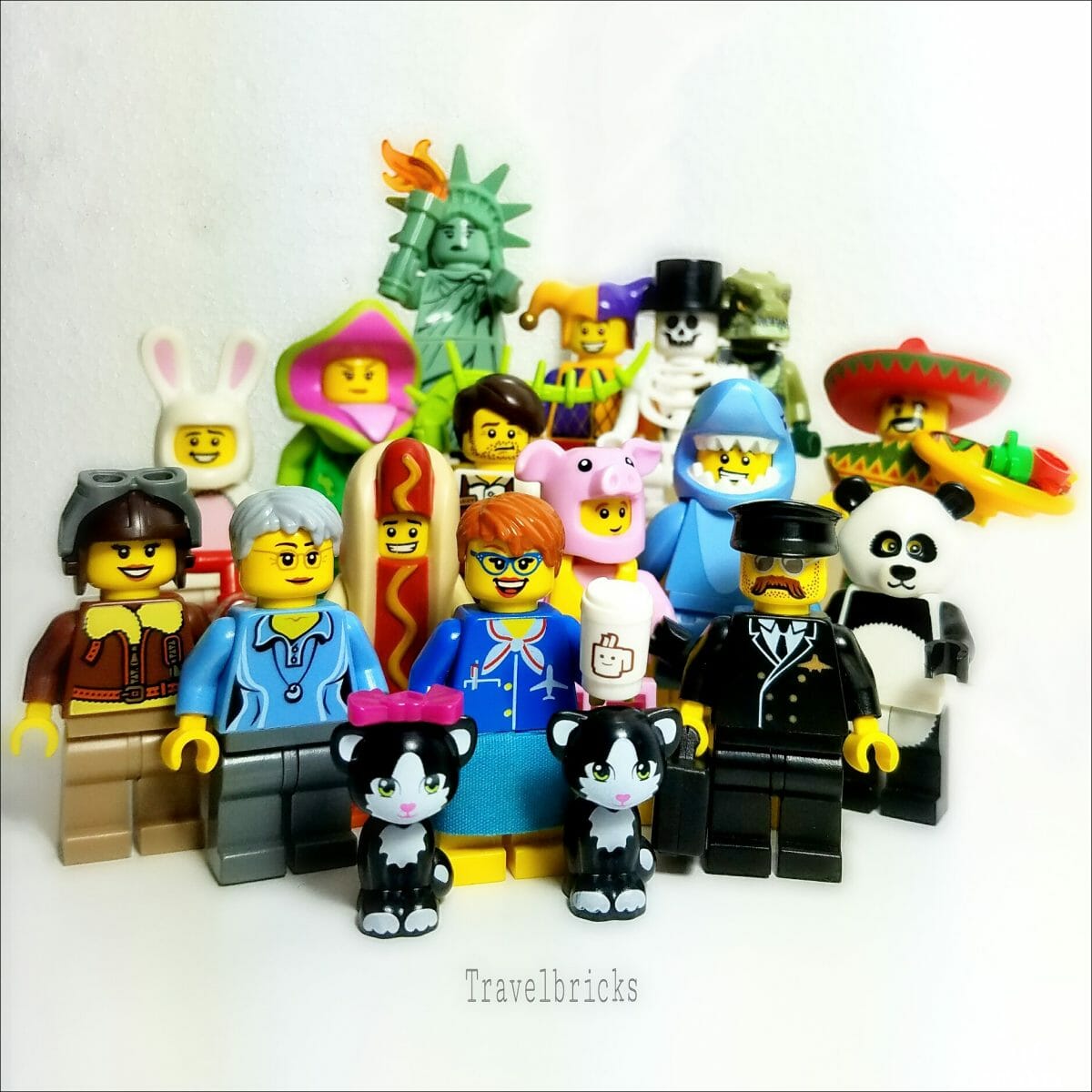 Taking photos of my LEGO started as a hobby and it has become great therapy for my anxiety / depression / OCD and alcoholism. I’m proud to say I’ve been sober for almost two years and this hobby / passion has helped me to discover who I am, helped me to deal with my issues and it reminded me of a part of me that I had forgotten. The part of me that enjoys taking pictures, designing and creating.  It was like being introduced to places and people for the first time.

Along the way I started to know other people on Instagram with amazing accounts; the kind of accounts that I hope to have one day. Thanks to @_me2_ I found Stuck in Plastic’s blog. I remembered that I opened all the entries on my tablet and I would read them every time I had the chance looking for answers, ideas, and tips. I wanted to learn.

One day I decided to open a TravelBricks account on Google+ and I found Shelly. I don’t remember exactly how, but we started texting and one day she told me about this “Photo Safari” they do every now and then and she asked me if I wanted to go to the next one. I just stood there looking at my screen for a minute, full of emotions (excitement, nervousness, anxious) and told her OF COURSE I wanted to! I’ve seen pictures of their other photo safaris and they all seem so much fun! Besides I’ve never been to Seattle (I’ve heard it’s a gorgeous city) and this is such a good opportunity to meet other people who understand this passion/hobby and I want to learn from them as much as I can.

I have to confess that the first time Shelly liked one of my pictures on Instagram it was huge for me (I’ve been a fan for such a long time), so I’m still supercalifragilisticly nervous (is that even a word?). I can be very shy at times and the idea of meeting some of the photographers I’ve been admiring all this time on Instagram is a little bit scary. I’m not a photographer; I don’t even own a camera! I take all my pictures with my cellphone (I started with a Samsung S4 and I’ve upgraded to a Samsung S7) with a Sony DSC-QX10 attachable lens. I think I’m nowhere near as good as these amazing creative people, I still have a long way to go. I’m so nervous but the idea of this “Photo Safari” makes the excitement bigger than anything else.

I’m counting the days, mentally planing what I want to take with me to Seattle. I’m cleaning my mind of all the meaningless thoughts so I can make room for new skills, be inspired, take lots of pictures, meet new people and finally meet other toy photographers I only know through Instagram.

Are you looking forward to this as much as I’m? 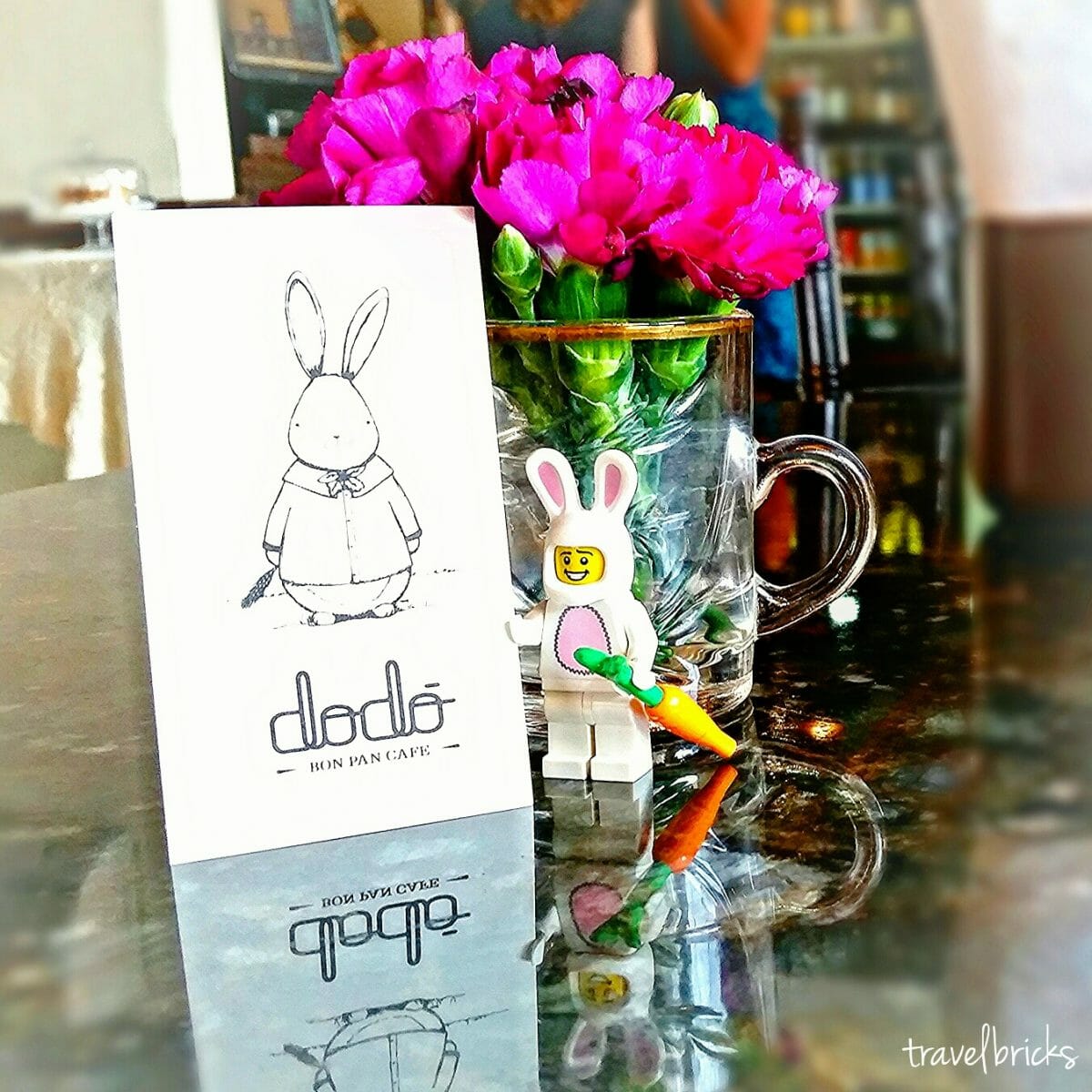 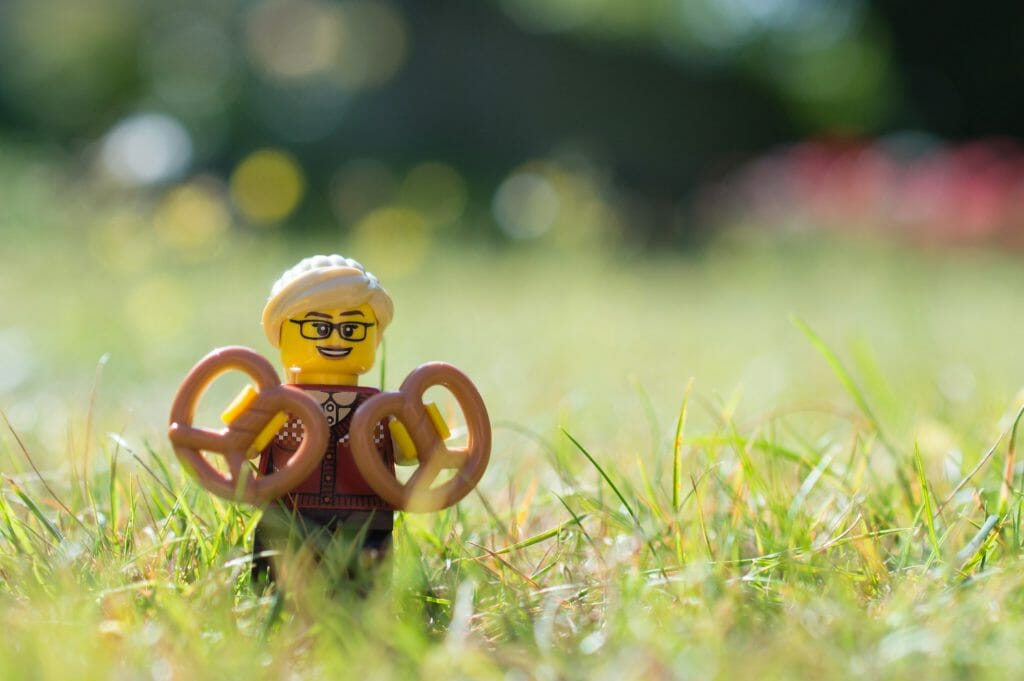 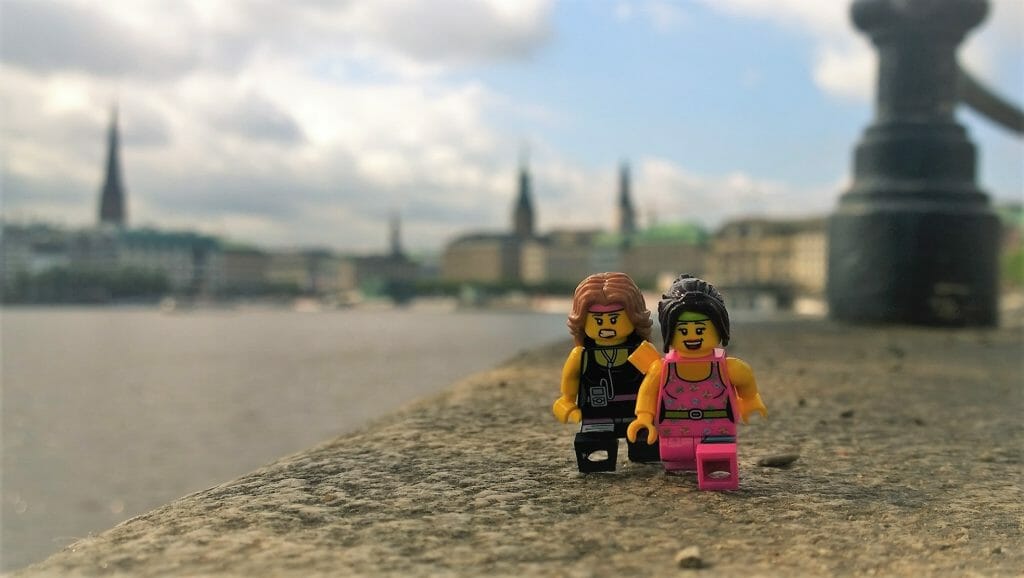 I LOVE your story and learning about all your minifig characters! Thanks for sharing and now I’m doubly excited and glad we will be housemates for the weekend! Don’t discount the camera phone, it’s a great tool for toy photography. See you soon!

Oh, you will have a great time! I went to the Baltictoysafari last year and I know no one there but I got to know some awesome and warmhearted people. So I think you will be doing just fine!
Hugs :)

I am already missing you :)

I loved reading your story and getting an introduction to all of your minifig characters. I tend to create characters (with names) for my minifigs too, so I’m really looking forward to seeing more of your photos :-)

Thank you sooo much Lynn, looking forward to meet them too! How can I find you on IG?

I think you found me on IG :-) Most of my “character” stories are on Flickr though… :-) http://www.flickr.com/flipimages I’m not as active on IG as I should be.