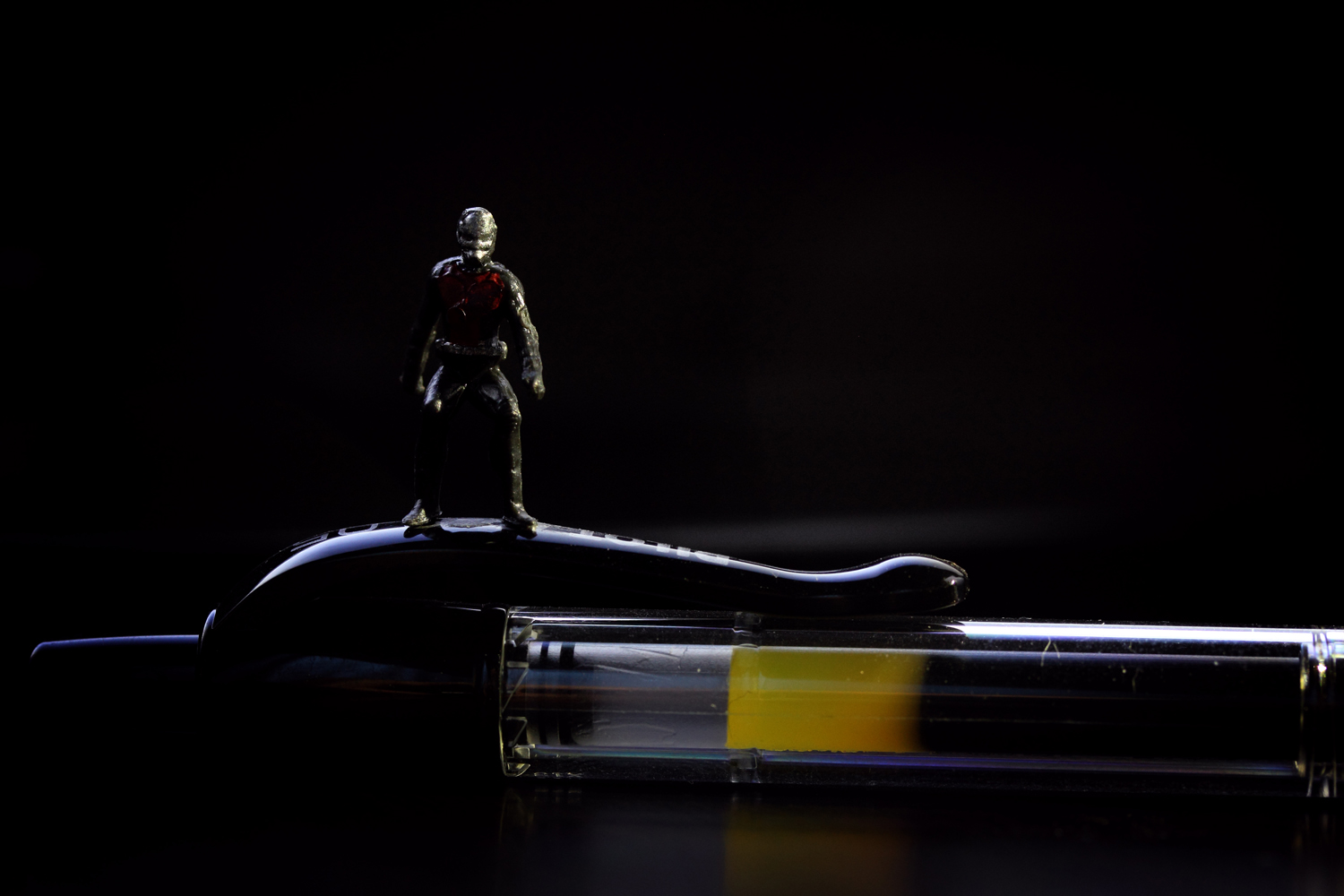 Instagram is no stranger to challenges.  Some are organized events that take place once a week/month while others come on like a covert operation with secret instant-messages, planning and coordinated drop times that end up becoming an inside joke to a select few.  These challenges are a key cog in the comradery that makes Instagram a special place for artists.

In terms of running, most Instagram challenges are a sprint.  Come out of the gate strong showing your best one or two shots.  I recently was asked to be part of a slightly larger challenge – a marathon.  #jANTMANuary is the brainchild of @doctornvrmore and I.  The concept is simple.   For the month of January the photographer is to post a daily photo of Ant-Man interacting with the “real world”.  I originally agreed to this in November of last year (via one of those Covert Operation Instant Messages I was talking about earlier). He and I had decided to postpone through the holidays and kick it off in January.  To make matters worse, I was creatively stale in the month of December.  I ended up walking into this challenge blind – a complete void of creative ideas for photographs.  My Instagram feed was about to get flooded with 31 shots of Ant-Man sitting on a desk.  But as we opened this challenge up to the Instagram Community a strange thing happened.

The first day of January I took a photo of Ant-Man in a parking lot.  The late-afternoon shot with decent color and adequate exposure was well received.  Later that evening I went into the #jANTMANuary tag and noticed several other people joining in.  One photograph in particular by @rogercola stood out to me.  It was a simple shot of a tiny Ant-Man sitting on a bottle cap reflecting on 2015.  There was beauty in its simplicity and it spawned a completely new approach to this challenge for me.  I didn’t need Ant-Man in a wild pose.  I didn’t need a funny shot of Ant-Man baking cupcakes in Barbie’s dream house.  I just need a macro lens!

Day two I am out to breakfast with my wife and I see a neatly-displayed stack of coffee creamer.  Armed with a Canon 60mm f/2.8 Macro Lens I gently balance the half-inch tall Ant-Man on a lid of the bottom row of creamers.  I spend close to ten minutes fiddling with the perfect angle and exposure to convey the hidden dangers of the breakfast table.  It wasn’t my best photograph by any stretch of the imagination but it did remind me of how enjoyable macro photography was. 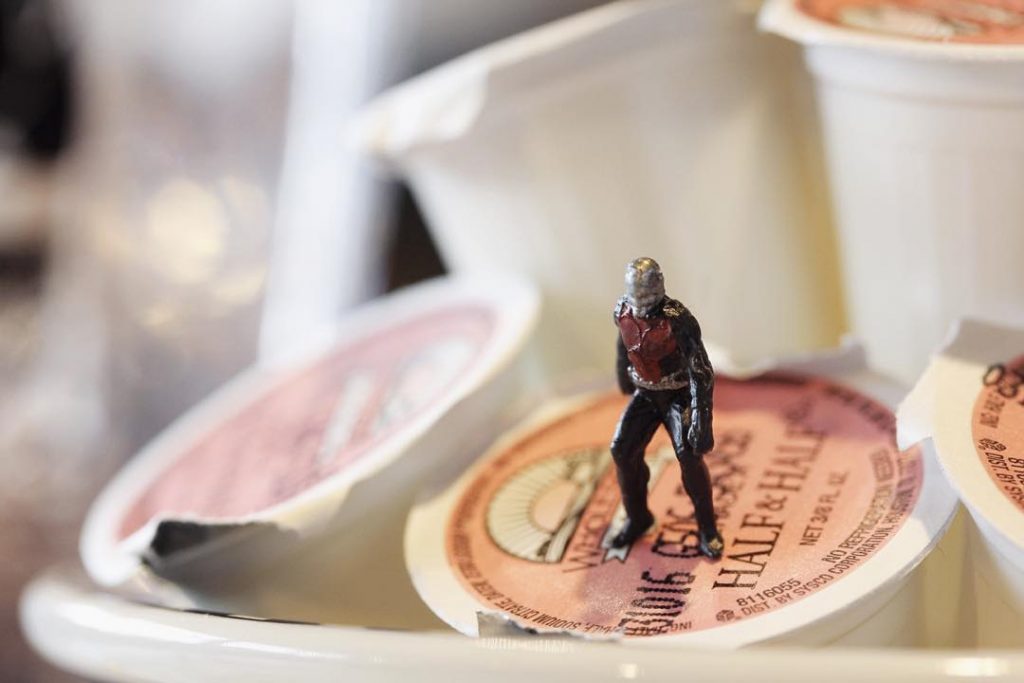 Fast-forward to Day 7.  Six in the morning and I routinely walk into my office and power on the computer.  I am sitting in complete darkness until my computer monitor turns on and I notice something.  It was like an Angel of Aperture was sent from the heavens above to back-light one square foot of my desk – a reflection of the monitor’s LCD doing a dance of soft, subtle, light that just begged to be captured on film (or, in this case, digital sensor).  Grabbing Ant-Man, I stick him to the clip of a pen with a piece of wax and set up the shot.  It was one of “those” moments.  The moment a photographer knows he or she has captured “the” shot.  One of those shots destined to be a classic before the finger hits the shutter.  After post processing, I realize that we are only seven days into the year and I already have what will probably end up being my favorite shot of 2016.  I officially have regained my creative drive for toy-photography. 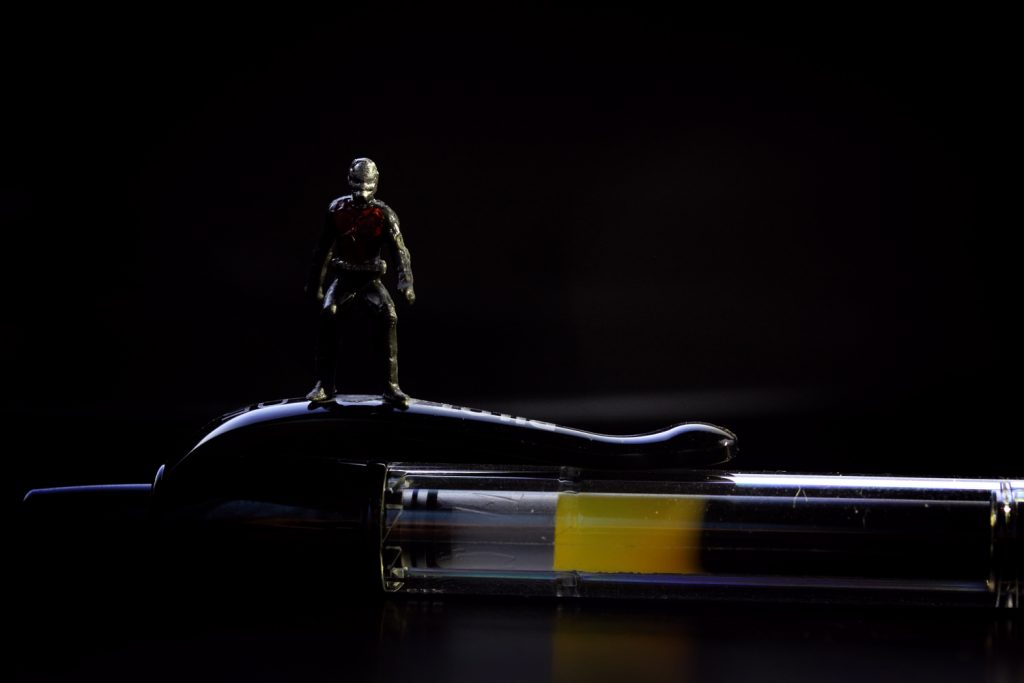 Almost half way thought the challenge and I’m still going strong with the creative juice.  Focusing on a single subject matter for an entire month is a daunting task for any photographer and coming into this on a “creative funk” made it exponentially more difficult.  There is no way I could have kept Ant-Man as exciting and fresh as I have if it were not for the community of artists that joined in.  Like any challenge in life, it is easier to overcome when you are not alone.  In a community of artists I believe that strength in numbers is even more prominent.  Interacting with other artists and feeding off one-another’s creativity is essential for growth.  One of the major benefits to participating in these marathon-like challenges is that they are a breeding ground for creating something great. 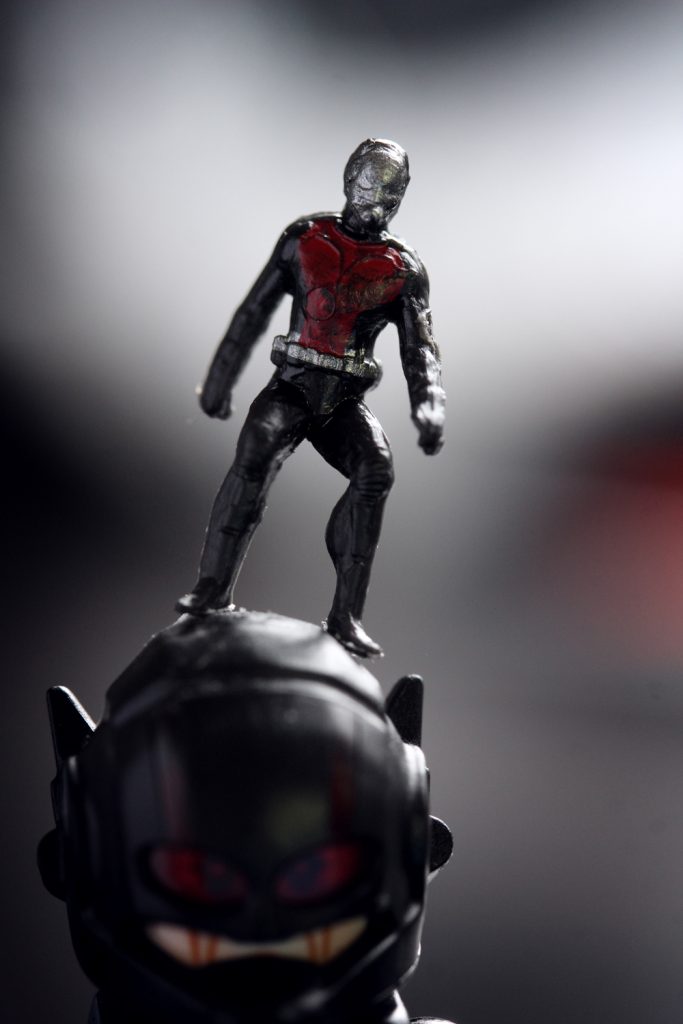 Dennis, Thank you for sharing the origins of #jANTMANuary. You and I have both been pretty faithful users of IG for a few years now and realize it is foolish to think that the well of inspiration is bottomless. I think that any challenge is a good idea if you’re feeling the creative blahs, not matter how they come about. I think this is why Kristina and I have taken to challenging each other. Its hard to simply take photos of toys without some framework to work from. I am going to go pull out my Ant Man and see… Read more »

Thank you Shelly and thank you for approaching me to write the piece! It was a fun change of pace, I enjoyed it.

Wonderful post… The best thing about the toy photography community is the willingness to share and have fun!