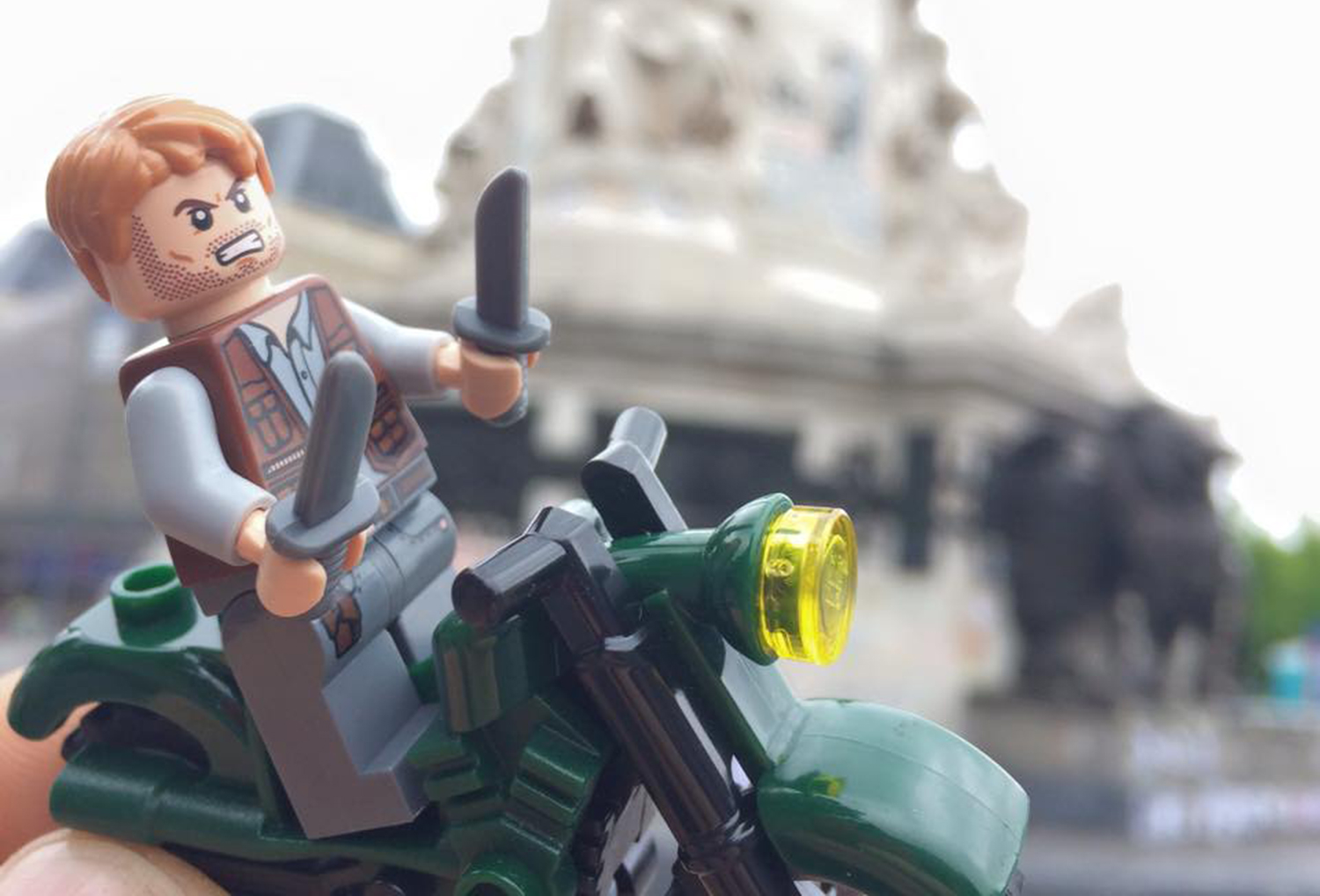 We have one more reason to love Chris Pratt! He is legendary in the LEGO universe for not having just one LEGO mini figure made after a movie character, but three! They are Emmet from the LEGO movie, Peter Quill from Guardians of the Galaxy and most recently Owen Grady from Jurassic World.

While Chris is known mainly as an actor and a director, he appears to be a budding toy photographer. He recently embarked on a press junket for the imminent release of Jurassic World and he is doing a great job taking photos of his mini figure and raptors site seeing in Paris. Who couldn’t love these images taken by PrattPrattPratt and posted to Facebook?

I hope the next time you are out and about with your toys taking a few photos in public, know you are in good company. If Chris Pratt can do it, then so can you!

Thank you Chris for giving us one more reason to love you.

Which is your favorite Chris Pratt mini figure?

Awesome article! Love that Chris Pratt can show everybody that Lego isn’t just for kids and that anybody can take photos of lego!