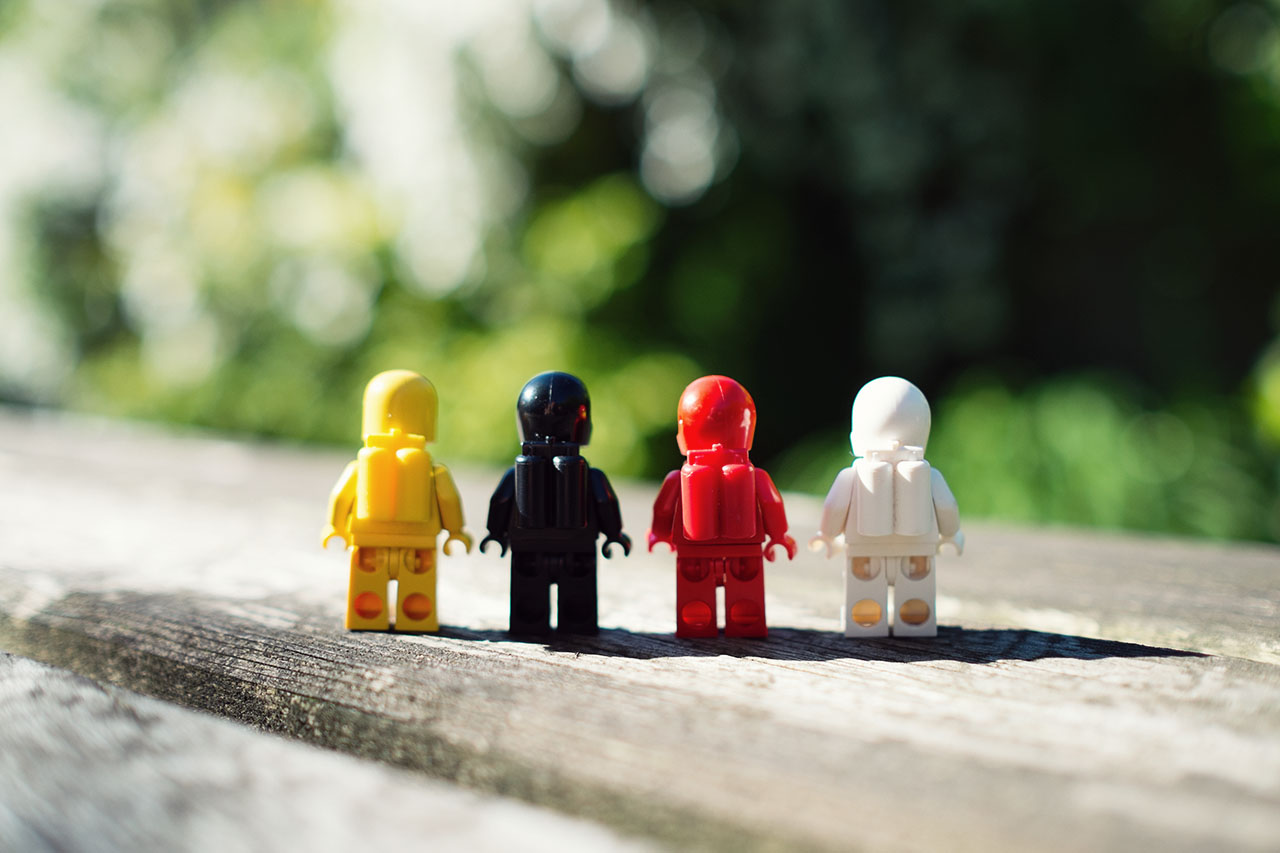 We all love our toys.
Some of us collect. Some build amazing creations, turn them in the gorgeous jewelry, or architectural objects.
And some like to take pictures.
Not to document the awesomeness of the creation.
But for the art of taking pictures.
They call us toy photographers.
And that is what we are.
A creative collective of toy photographers.

A collective of wanna be grown-ups taking pictures of toys and exploring the whole creative process. From ideation, collaboration and creating beautiful images, to telling stories and sharing our work. Engaging with our audience and learning from their reactions and feedback, and include it in our creative process. Not just online-hunting for the oh so powerful social media likes and dopamine kicks, but engaging in real live exhibitions and pop up events around the world. From main street art-galleries to geek filled convention centers around the world.
Personal human interaction plays an important role in our creative process.
Printing large.
For everyone to see.
And sometimes touch.
To inspire others and engage.
To grow ourselves from these creative adventures.
To learn and explore our inner child.
To tell stories.
To take plastic places.

To be stuck in plastic.

A journey of exploration.

Stuck In Plastic is a creative collective on a journey of exploration.


Real life exhibitions and toy photography safaris around the globe.
From Seattle to Stockholm.
From Hamburg to Edinburgh.
And Paris, the City of Lights.

This ever-evolving collective is exploring its why.
Exploring the creative process is the manifest of its existence.
It is that endless creative journey that binds its members and friends around the world.
A journey they all take part in.
As participants, creatives, contributors, viewers, and consumers.
Or as one of the crew to keep the collective going.

Just like Alice in Wonderland, we do not know what is at the end of the tunnel or where this adventure will take us. But we know we have lots of passion and wanderlust.
A passion for toys.
Telling stories.
Going places.
And a passion for exploring our inner child.

Stuck In Plastic today consists of five core team members (also known as the crew) and a larger group of creative toy photographers joining the fun at their own pace and leisure.

For 2017, the collective selected twelve words to explore.

Twelve words that created a creative reflection in each individual work and inspired them to further explore. Out of all the work they created, and an exhibition of the twelve works was created and shown in Paris and Hamburg during the first half of 2018.

Boris Vanrillaer – A Belgian (Toy) Photographer living in Stockholm, Sweden. Looking for his inner child. One brick at a time.

Stefan Matthies– A Non-Belgian living in Hamburg, Germany. Curiosity-driven and mostly to be found on tiny adventures and great journeys.

Julien Ballester – A French living in Paris, France. Aeronautics engineer by day, toy photographer by night. Exploring the world with his plastic figures.

Maëlick Claes – A Belgian (Toy) Photographer living in Oulu, Northern Finland. Both Stuck in Plastic and Stuck in the North, he uses his camera to capture the Adventures of his Plastic Friends.

Karine Linder – A French girl living in the South of France, taking pictures of her plastic skeletons friends during her free time.

Stuck In Plastic and TLG

While Stuck In Plastic is not exclusive to LEGO toy photography, all(most) all the crew members share a natural love for those plastic bricks and figures. Today the majority of the collective’s photography uses LEGO as a means to tell their stories.  During 2016 Stuck In Plastic got recognized by The LEGO Group (TLG) for its creative contributions in the AFOL (Adult Fans Of LEGO) world.

Stuck In Plastic is today a Recognized LEGO Fan Media (RLFM) and has made one of its creative objectives to have, someday in the not so distant future, an exhibition of awesome toy photographers around the world in the LEGO House in Billund, Denmark.