An internet Troll is a disgusting, narcissistic and sadistic creature that takes great pleasure in making you as miserable as he/she is. They often conduct their campaigns of sleaze from the safe confines of their mothers basement, a filthy toilet stall in a high school or while sponging free wifi as they sip their Venti Iced Skinny Hazelnut Macchiato, Sugar-Free Syrup, Extra Shot, Light Ice, No Whip in an over-priced, hipster d-bag coffee shop.

BE CAREFUL! Stop reading for a moment and look closely at what ever type of device you are currently using. You may catch a glimpse of one. Squint your eyes a little and gaze beyond the pretty colors, the accumulated  grease, grime and oily fingerprints on your screen. THERE… in the sidebar! Did you see it? His beady little black eyes staring back at you? Maybe you missed him, but he’s there. . . waiting. . . watching.

My recent encounter with a Troll is a text-book example of “troll-ery”. On one of my most recent Instagram posts, Troll posted a backhanded and indirect comment that I was meant to see. So there I was, scrolling, reading and replying to comments, a task I’ve done hundreds and hundreds of times. Then I saw it. The comment was not directed at me, but it was definitely aimed in my direction.

Without getting too deep into the actual conversation, Troll had implied that I knowingly and willfully copied another artists style. Troll went on to state that nothing is sacred anymore and how that included his own “business”. Not only had I stolen another artists work, now I was ruining Trolls sacred business.

And there it was. Exactly the reaction Troll was trying to evoke from me. Troll doesn’t know me, Troll never posted a comment in my feed prior to this and Troll has absolutely no clue how vehemently opposed I am to the theft of intellectual property. But Troll got me.

Angry, enraged, livid, embittered, exasperated are just a few of the words I’ll use to describe how I felt. It’s nearly impossible to defend yourself on the internet and if the phrase “perception is reality” applies anywhere, it thrives on the web.

What to do? Branded a thief and convinced x_captain_kaos_x  was going to be trashed online I prepared to delete my account. I’d had a good ride, Instagram was fun… I guess I’ll build a website and start from scratch with that. Sure hope I can build some sort of following. Sure hope someone sees my work.

Thankfully it did not come to that. Instead, my friends (and I mean friends) came to my defense. Eventually, the artist whose work I was accused of stealing even stepped up. He said he wasn’t claiming any type of theft and even liked my picture. Wow! I was one tap away from deleting the account that held 1,378 pictures until decency prevailed. But now I realized I had completely succumbed to the power of Troll.

I wasn’t deleting my account out of spite, selfishness or self-pity. I was doing it from a self-preservation standpoint. I, just like many other artists, put a lot of time and effort into the work I create. When I look through my Instagram gallery it makes me happy and I truly enjoy the interactions with friends and followers that occur after I post something. To watch all of that be destroyed by an off-handed remark from some “internet tough guy”  would have been devastating. So… rather than watch it die a horrible death, I was going to kill it myself.

As pathetic as this may sound, I would be one sorry-a** toyphotographer without Instagram to go to during the day.

The Trolls are out there people. They have but one mission in their sad little life and that is to make you feel as horrible as they do. But steel yourself against them and pay them no heed. Turn your back, delete that comment, block that account, raise the moat and light the fires. Trolls have no power unless you give it to them and I intend to never give in again.

YOU must do the SAME!

Thank you to everyone that came to my defense yesterday and a HUGE thank you to Bill Ludwig for stepping up and completely destroying Trolls accusation. 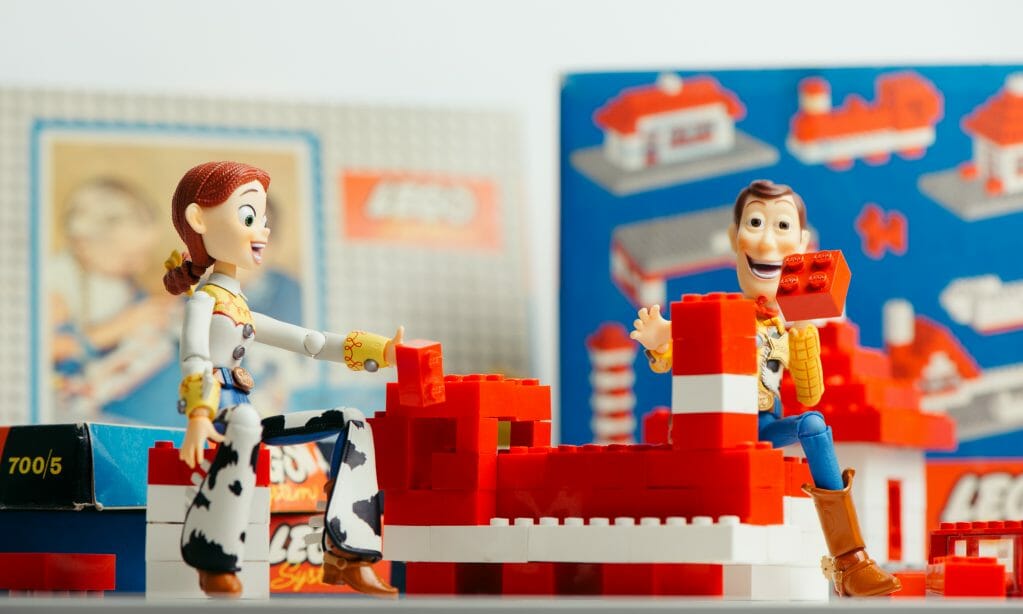 I saw parts of this unfolding yesterday but didn’t get the have to see it all.

Thanks for taking the time and effort to share your story. I think it’s an important one and I’m glad you didn’t close your account.

It’s disappointing that some people feel they can trash someone else’s art online and make unsubstantiated claims. You’re right to be angry and upset about it.

Keep going, keep persevering, keep creating, ignore the trolls. What you’re doing has been an inspiration to me and others in the you photography community.

Thank YOU Ben, for taking the time to add some words of encouragement.
It is disappointing and it’s sad that it’s come to be accepted as part of social media. Post something and here come the Trolls. This is the first time I let one of their ilk get to me but I learned from it, made a new friend in Bill Ludwig, aka @thirteenth.floor, and I’ll keep pushing forward. You do the same my friend.

I caught the tail end of this online and I was amazed by what transpired on your feed. It’s awesome the you have so many fans and friends alike who have your back. I for one am glad you didn’t close your account, I went through that once with you and I wasn’t looking forward to it again. I was super impressed that the artist in question chimed in and put the whole useless argument to rest. Back in the day when I used to sell photographs (and even now this happens to my husband and his sculptures) people would… Read more »

BTW, that’s one hell of an image!

The response from the entire community was nothing less then amazing. I’ve received DM’s, emails, texts and messages from people I didn’t even realize we’re following me. The passive aggressive/mean aspect of any trolling can easily be attributed to the anonymity provided by the ‘net. In a case where someone is trying to “stick up” for an artist they feel has been ripped off, I’ve seen that handled diplomatically many times. Usually it’s always just as you describe. Someone sees an image, thinks it belongs to another artist and the situation gets talked out in a very civil matter. The… Read more »

Love your work good Cap’n! I’m glad the Troll was defeated. Unfortunately under his bridge searching for another’s day to spoil. As my followers have swelled recently (not sure why, I think its The Force Awakens tag that has brought new people along but who knows) I have had a few people I don’t know from Adam leaving random back handed comments. It’s similar to getting cut off on the freeway I think… An asshole nearly takes your life and all you can do is shake your fist, yell things he or she can’t hear, maybe even flip them off…… Read more »

I completely missed this whole thing. Whoever this troll was, is just that, a troll! Very cool that the dude that does the star wars vs wwII came to bat for you.