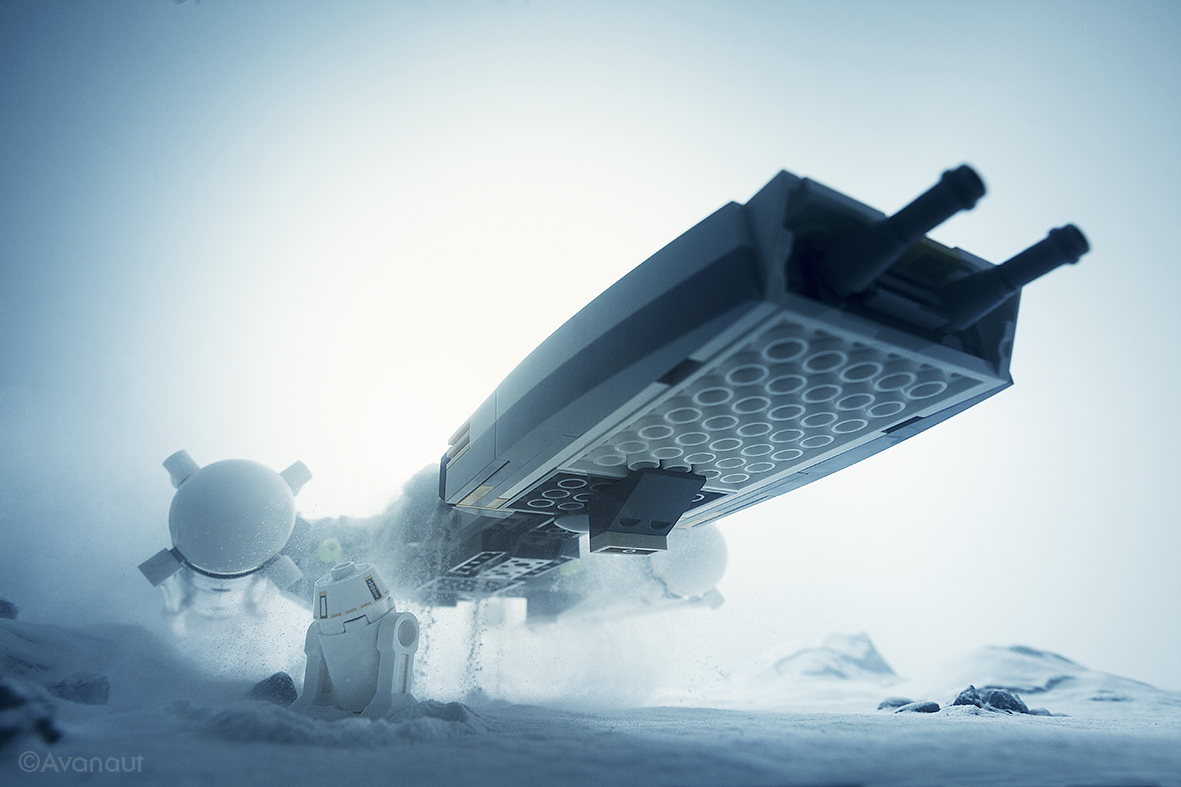 When looking for new ways to create an image I have sometimes gone for changing the ways I’m shooting, I’ve used holiday trips for more improvised approach and at times tried to push for more ambitious and constructed ideas, like this one: 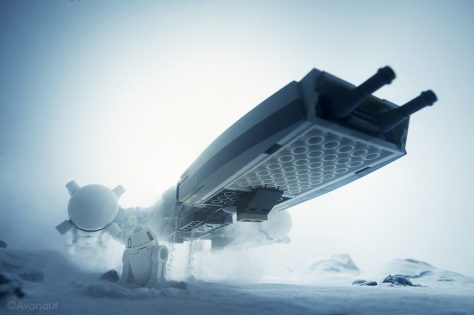 I’m onto one of the more complicated ones at the moment.

I used to build miniatures as a kid but quit at the age of about twenty. I took on building again a couple of years ago in an attempt to photographing something more realistic than LEGO. As time went by I wandered deeper into building and, most importantly, researching the original Star Wars filming models. What I’ve learned has rocked my world during the past few months.

I like the Y-wing fighters, the Gold Squadron birds from Star Wars, I have always imagined them as the most palpable of all the machines of the franchise. Earlier this year I managed to purchase an ultra rare (#40 of 44 made) replica model resin kit of the Y-wing and I’ve been building it since August.

When the original Y-wing models were built in 1975-1976, they used parts from about 60 different model kits to beef up custom made frames. The work of the builders who created these models is utterly fantastic and, as I have found out, way more exotic than you’d imagine just seeing the models on screen. This includes the X-wing and the Millennium Falcon as well. The more I learn, the more awed I am.

Now, there is a group of people, hobbyists, who have reverse-engineered these old models. During the last few years they’ve identified all the kit parts of the originals one by one by comparing them to vintage model kits of the era. Their work does not fall much behind of the original builders. The full information of the parts of the Y-wing is never disclosed, however, because it’s been very hard and expensive to do the research and the people who have done it feel protective about their work. Three models survived the filming, two of which are in hands of private collectors and they do not allow the models to be seen in public. The only publicly seen one is not documented that well. Most other models, X-wings etc, are out in the open. Still, going through discussions on various modeling forums with pen and paper, studying the few available photographs over and over again I have managed to piece together a list of over 50 of the 60 or so kits needed to build a true Y-wing.

This list is needed because I have to make some changes to my model, even though it is stunning as it is. The thing is that there are no kits of the actual filming models available, only of the first prototype known as “The Red Jammer”, or “Red” Y-wing, that is the one I have. The Red was was never filmed, it was a template on which the rest were based on, it still travels with Star Wars exhibitions around the world. Some of the surface detail on the Red differs from the screen used models and I want to change that. After about ten (of the more affordable ) vintage kits sought out and lots of resin casting behind me, I am almost done with the changes, dozens of them, and I’m one step closer to getting busy with the model and my camera.

Will this be worth it? The hundreds of hours just looking at images trying to identify parts, and all the hours of sitting by the workbench with my fingertips either sanded off, glued to something with super glue or sliced open with an X-Acto blade? I’ve bled for this one, I tell you! Will I ever top the images I did with a small 1/72th scale model of the Y-wing? I honestly don’t know, I just need to see this through. I’m obsessed!

Stuck in plastic? Yes I am, and resin, too!