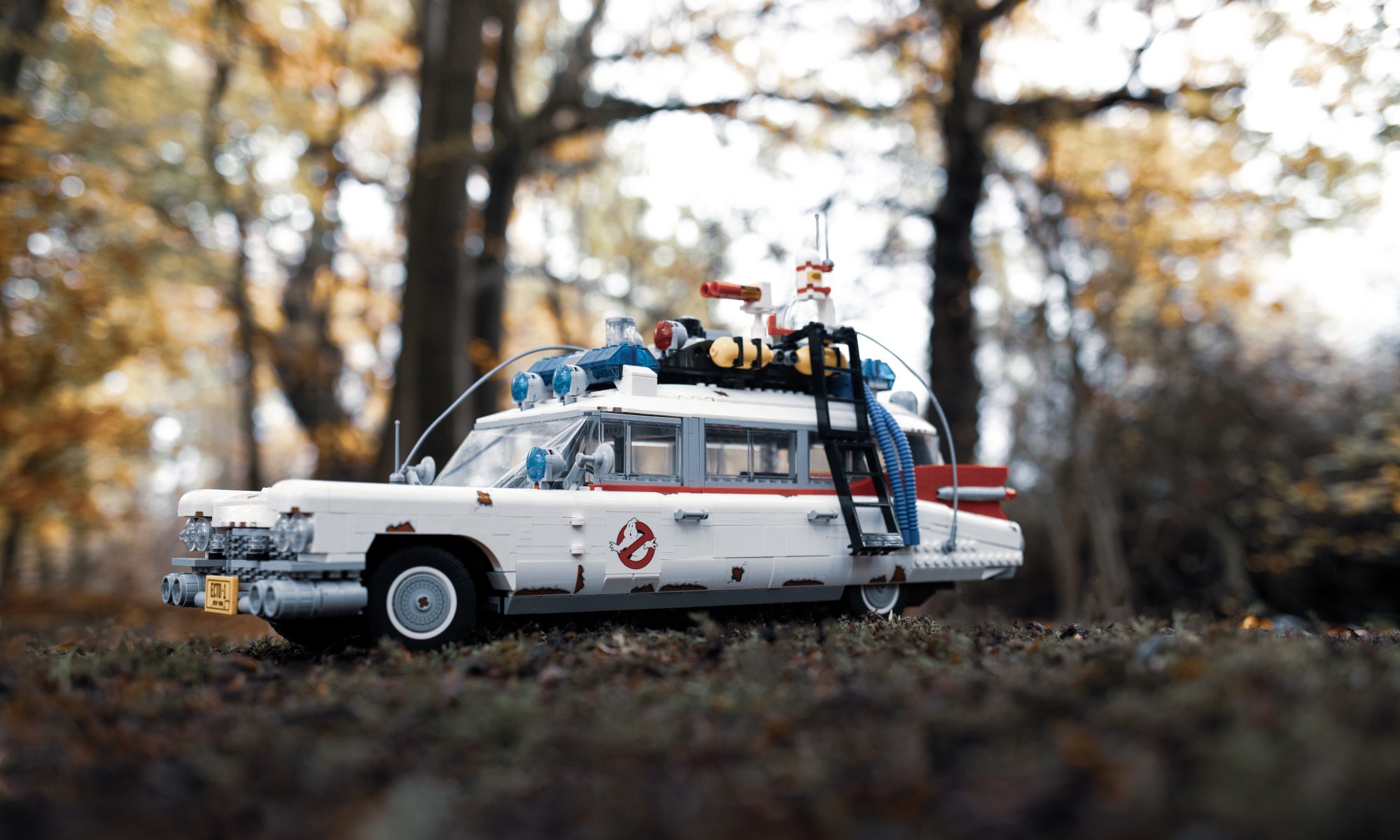 Hot off the press, the news is officially out and the Stuck in Plastic team were lucky enough to get their hands on an amazing new set.
Chris and Julien took it out for a spin and here’s a sneak peak of a couple of shots they created ahead of the release.

Be sure to keep an eye out for the rest of their images coming soon.

Ahead of the release of the hotly anticipated Ghostbusters: Afterlife film launching in 2021, the LEGO Group have announced the largest and most detailed LEGO brick recreation of one of the most iconic cars from the silver screen, the Ghostbusters ECTO-1.

This buildable version of the classic car is sure to delight Ghostbusters and LEGO brick fans alike, crammed full of authentic details from the iconic converted 1959 Cadillac Miller-Meteor ambulance which is sure to bring a retro feel to any LEGO brick car collection. This highly detailed set includes a range of tools and features needed by any Ghostbuster to track and catch ghoulish enemies.

The LEGO Ghostbusters ECTO-1 is perfect for film fans that want to build their very own piece of the new Ghostbusters: Afterlife movie. With a moving ghost sniffer activated by the wheels, an extendable rear gunner seat, working steering wheel and a whole host of other paranormal detection equipment on the detailed roof rack, the set ensures you’re ready for any ghost finding mission. The car also would not be complete without printed versions of the Ghostbusters logo adorning the car doors making this the ultimate gift for Ghostbusters fans and movie car enthusiasts.

The new LEGO Ghostbusters ECTO-1 is the most detailed LEGO brick recreation of the car ever produced and is the latest in a collection of film-based LEGO model building kits for adults who love building to relax and escape from the stresses of life. This set features two brand new LEGO brick elements including a new 6x14x curved windscreen and a new 5 module steering wheel.

Talking about the creation of the LEGO Ghostbusters Ecto-1, the sets LEGO designer, Michael Psiaki said “I love creating LEGO vehicles and having previously designed the LEGO James Bond Aston Martin DB5, I loved the challenge of working on the ECTO-1. This is the largest and most detailed version of this car that we have ever created, It is crammed full of authentic features and easter eggs, that I’m excited for builders to discover as they put this model together. 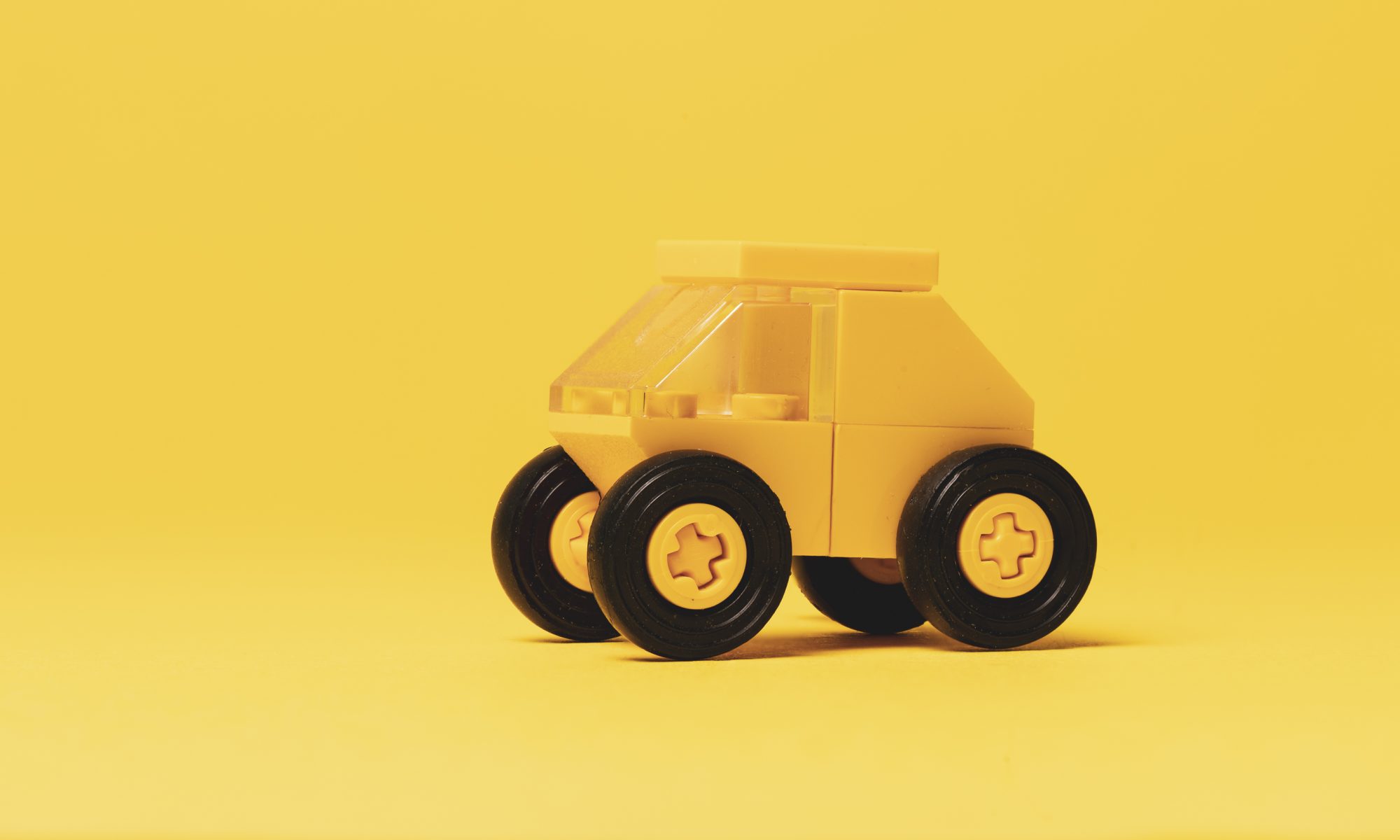 Only a few hours ago LEGO announced their latest Expert Creator set. The iconic Fiat 500. This highly nostalgic set is packed with authentic details from that little Italian car that has found a place in the heart of motorists, miniaturists and city lovers across the world.
The Cinquecento.
Pronounced in Italian as the [ˌtʃiŋkweˈtʃɛnto]

END_OF_DOCUMENT_TOKEN_TO_BE_REPLACED 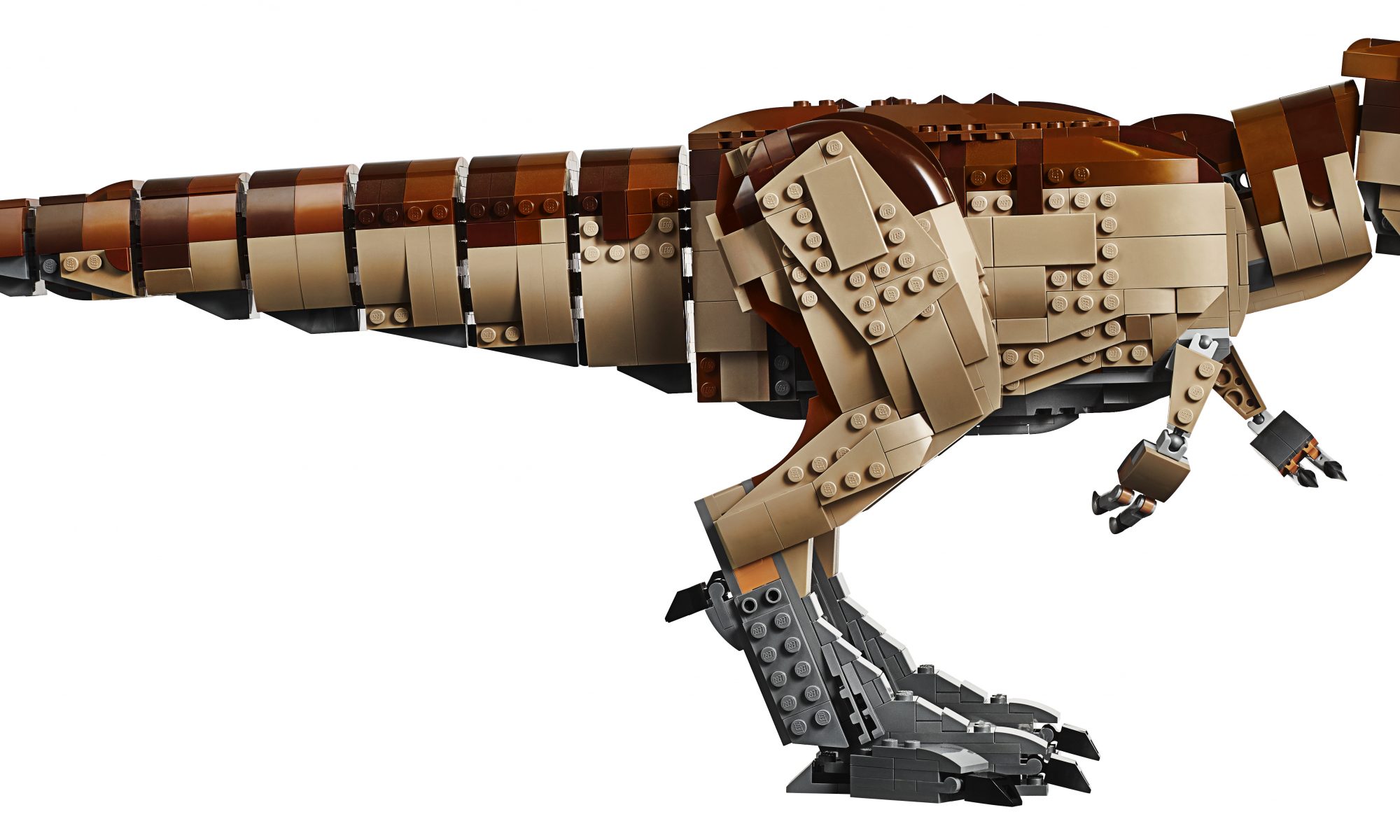 The News Is Out

Today the LEGO Group announced some great news for all fans of Jurassic Park AND for toy photographers. Whether you’re into dinosaurs or not, this set will probably be a gem if you like to spend your time taking pics of toys.

The new set to come, 75936 Jurassic Park: T. rex Rampage,  will not only consist of a fantastic model of a beautiful dinosaur as the Dino will be  accompanied by a giant gate and six minifigures (three of them brand new). Additionally, the gate will be framed by a wall. If you turn this around there will be six rooms that were inspired by movie scenes. That sounds like a whole lotta fun!

END_OF_DOCUMENT_TOKEN_TO_BE_REPLACED 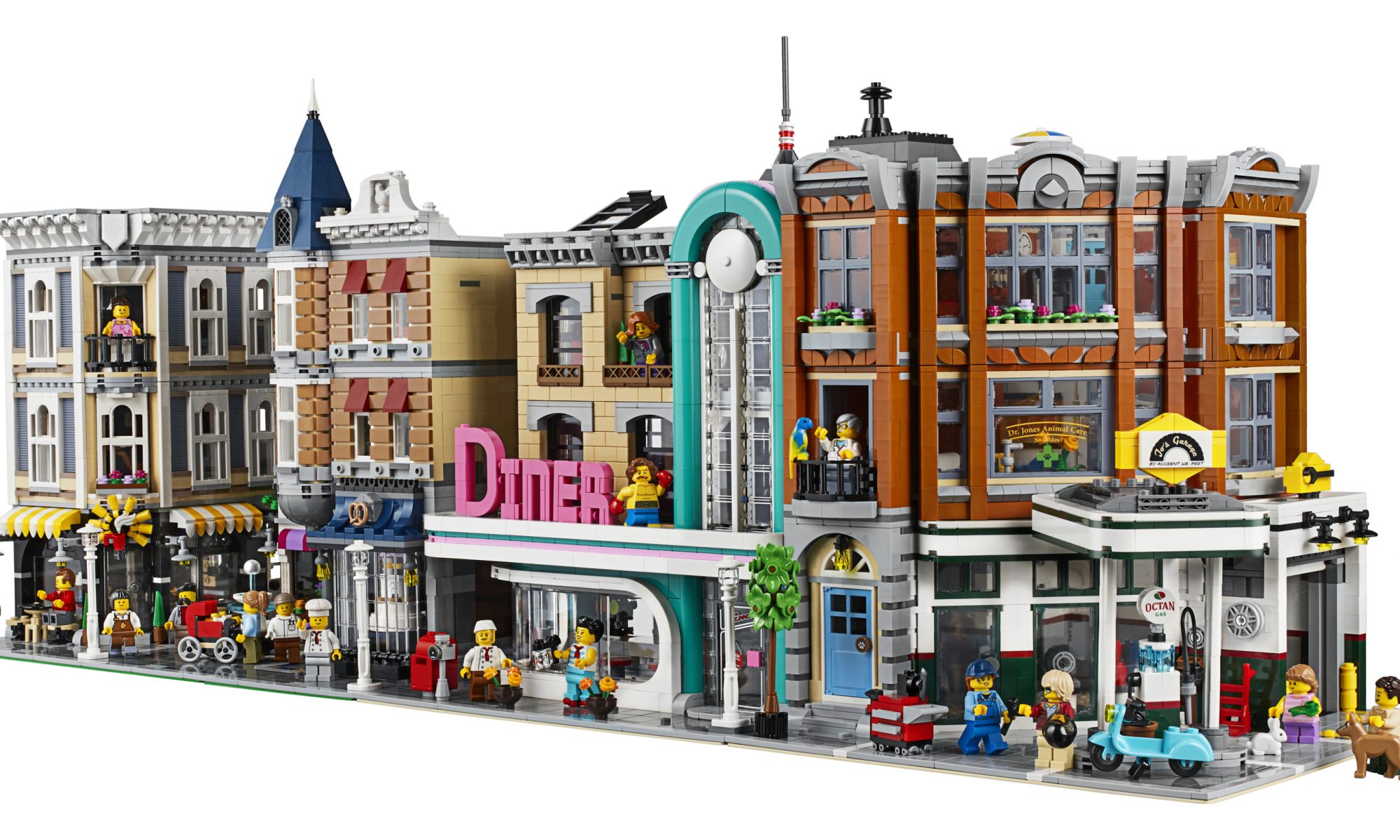 Last year around this time, The LEGO Group announced my absolute favorite set of 2018. And they are doing it again. The corner garage unveiled.

The new Creator Expert 10264 Corner Garage is the natural extension of the Downtown Diner. No doubt,  I will be queuing at my local LEGO store here in Stockholm on January, 2nd to pick up my Xmas present.

END_OF_DOCUMENT_TOKEN_TO_BE_REPLACED 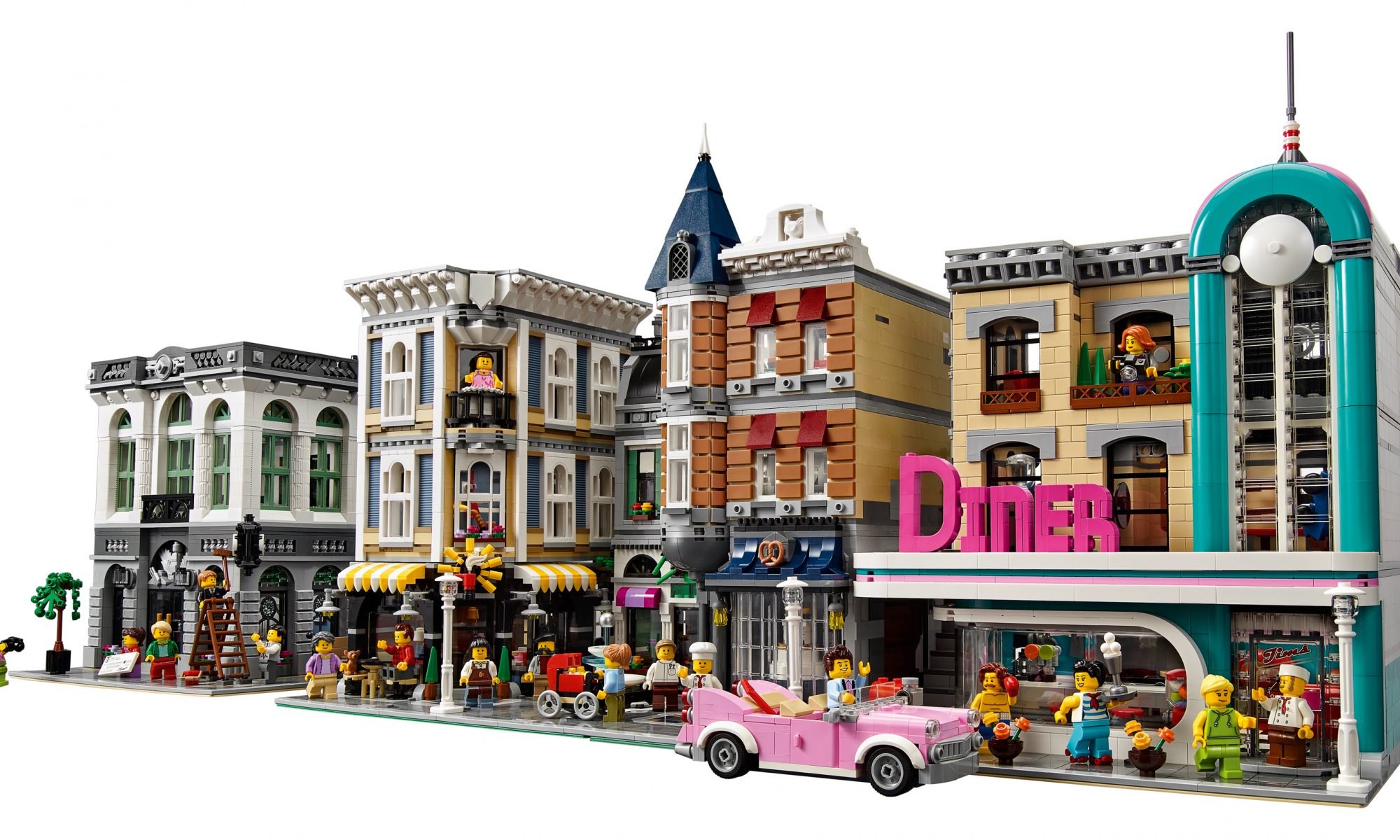 It is not every time we get a press release in the mailbox from TLG we all go, yeah, great, let’s share it. You all have access to the more mainstream LEGO news outlets like TBB, The Rambling Brick or Brickset. They do a much better job of sharing with you all the great new LEGO sets being released. So we normally don’t want to spam you with a rehash of the latest news and focus on our creative journey. But once in a while, we cannot control ourselves, and this is one of those times. There is a new Diner downtown, and we can’t wait to go to the grand opening, put some coins in the jukebox, mingle with the citizens of LEGOville and get a milkshake or two. Oh. And while we are there, get a few creative images of this awesome building. END_OF_DOCUMENT_TOKEN_TO_BE_REPLACED