Skip to content
Forums
Welcome
The Foyer
Misadventures on a ...
Notifications
Clear all

Misadventures on a photo assigment 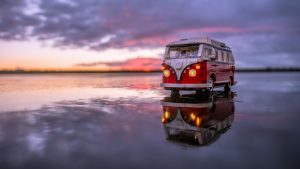 I'm not into cars. For me, a car is mainly a utility object and not something I find particularly interesting to look at. If there's one type of car I still find remotely beautiful, it's the old and classic ones though. So, when we got the assignment from LEGO to photograph the Creator Expert cars, I…

I remember when it happened and you shared the details with us behind the scenes, but still reading this one feels "ouch"

Luckily there was no permanent damage to the camera. I am sure you can find a new window for the camper.

I fear I will be too lazy and will never get replacement pieces for the window :D One of my friends had an issue  similar to yours: he was shooting his 60092 submarine set in a calm small water in countryside, the submarine standing on a little rock. And then, rain came. He ran to his car to store his camera, and came back to pick the submarine. Too late, it was already floating far away, out of reach. Not only a window here.

Sometimes, I go to a barrage for shooting sessions, and it' sur quite a fear to see minifig or camera falls into water or mud. I almost lose a shoe once, stuck in the deep mud...

My lesson from this was that it's not good to leave toys unattended, even for a few seconds :D

I shared a similar story on Brickcentral this week...

I was shooting a wedding on an island. During cocktail hour my wife and i were doing ring shots near the shoreline. I had pick a location that was shallow and was bare rock... just in case it fell(it was a 2 carat ring). Low risk of losing it.

So we set up her bouquet on a rock and set up the rings on the flowers. Everything is going well until my wife made a slight adjustment to the ring on a petal. As I'm looking at it through my camera the ring rolls of the petal, out of frame and bounce rolls down the granite slope towards the water.

My wife yells "Matt! The ring! Stop it!" Rather than follow through with my original plan of picking up the ring out of the water carefully i immediately obey her. I flopped backwards and dove after the ring as it rolled past me.

I missed, it rolled on into the water and i rolled along behind it in a half somersault, camera still in hand.

Somehow i managed to keep the camera above water, but not before smashing my 17-70mm lens on the rocks. As i sat, slightly shocked, up to my belly button in cold water i notice that my ife has already plucked the ring out from the waters edge and is carefully examining it for damage and drying it off.

I pick my self up out of the water and take my shirt off, wring it out and dry it in the sun on the rocks for a few minutes, put it back on, head to to reception, return the rings to the bride and froom and shoot the rest of the evening without anyone ever knowing what happened.

Then on the way home at 11pm, the boat we were riding in ran over a moose while it was swiming across the channel. We managed to limp the boat to shore and were rescued by another water taxi half an hour later. The moose perished. This was not surprising as two blades were comepletely torn off the propeller as it hit him.

Then.... after getting to sleep arounf 130am, the fire alarm in the hotel went off at 3am and everyone was evacuated in their pajamas. No fire though... just a false alarm.

Wild day that was.

Waauw. That is one amazing story.
Poor Moose.
And luckily the bride and groom were not around when you were shooting the ring shot.

No online members at the moment