Every workshop we set out to create a story with the whole group. We don’t know where the story will take us. We just know we have sixteen odd creatives, a basic set of characters to work with, and sixty minutes to complete it.

So when we kicked off Fungi Times (the title was set), we basically only knew that we had to use the Fungi characters we all painted, our dioramas we created and we had one hour to complete the mission.

As always the ideas were flowing, and maybe the influence of the hallucinative powers of some of the mushrooms got our creatives on what may look to some as a trip with Lucy in the Sky with Fungi.

So, let’s see what our creatives cooked up in their sixty minutes …

The Fungi Times – Setting The Scene

Deep within the Forest of Diorama (somewhere inside the Black Forest) lived the gummy bears.
These bears were sick and tired of being called cute and then eaten alive as candy. And so they decided to take over the world. And in order to break free, they had to take over the forest and even though they knew that the fungi mushrooms and their spores were everywhere.

Baby gummy bear steps.
Take over the Black Diorama Forest, then that little sweet company called Haribo in Bonn, and after that take over the world.
Keep it simple indeed.

Our Fungi were for sure in danger or were they?

Breaking News from the Black Forest of Diorama

An army of gummy bears have made their way and headed deep into the black forest looking for any fungi to take hostage. They succeeded, a lonely shroom (a shroom is a magic mushroom) was enjoying the fresh air filled with psilocybin when suddenly he was captured and stuck inside a makeshift cage.

The gummy bears looked to their Queen called Candy.
And Candy instructed them to find more mushrooms to take over the world.

And so they set off on their mission.
They soon came across another unsuspected shroom, listening to the name of Morel.
Some wanted to talk?
Or did they?
They seemed friendly enough but once you get too close, they turn into something rather angry. And nasty. Pure rage and gel at ine.

Morel had experienced his friends disappearing before and they were never seen again.
He had his guard up.
Were these gelatine bears hostile toward funguys?
Are these the innocent-looking culprits responsible for his friends’ disappearance?

Not that far away inside the Dark Forest, we find Ru.
Surround by bears.
Inside an ambush.
A gelatine gummy bear ambush of the magical kind.

By using magical collagen, that can read and control the minds of living creatures that are near them, they located Ru.

It was an ambush alright, but this unsuspecting fungus was at the ready with his magical sword. Hoping that it may have persuaded the bears to stop what they were doing.

For sure things are heating up…

Not only was Ru under attack, but his brethren Gil von Gi was taken by surprise by the innocent-looking gummy bears. They attacked Gil while he was tending to his gardening.
The work Gil was doing provided protection.
He was taking care of the spores that other mushrooms had reproduced.
He knew that there was no option but to defend, he was indeed in a sticky situation and the battle continued both above and underground in the Dark Forest of Diorama.

Indeed, the battle moved underground.
The gummy bears wanted to take on Glum.
The protector of crystals and spores alike.
For sure if they could take Glum down the world would be theirs to rule.

Luckily there was Funguy, who was just below the surface, lurking, and keeping an eye on everyone that passes by.
He had missed the initial attack on Glum.
But thanks to their mycorrhizal network he came to the rescue and was able to stop any more gummy bears from entering Glums cave.

And then there was Silo.
Silo decided to sprinkle some of his magical spores over the bears instead of fighting them head-on first.
Perhaps this would work.
After all the Beatles conquered the world with songs like Lucy in the Sky with Diamonds.
And guess what.
It did work.
And while they were hallucinating, he began to eat them.
They didn’t experience any pain.
And the collagen made its way into the fungi DNA and started to fuse with eukaryote.
How Meta is that.

Anyway, this made the army get smaller and the other shrooms were pleased to see their forest begin to be freed from the Candy Queens disciples.

On the other side of the conflict, things did not look as sweet as one would have expected.
Queen Candy had a sidekick.
And more precisely, a male sidekick.
One she had a crush for.
A true candy crush.
Packed with lots of collagen, the big marshmallow wanted to take over the world.
After all, he was King of the Candy world and it was he who ordered the attack on the mushrooms.

He ordered the attack because his good old friend Gorhgothvekh, the Fungus was angry and was told he could take over the world and get rid of all the spores that littered the Black Forest.
Make it clean again.
Save the world of the pollution his fellow fungi were putting on the world.

A plot twist you did not see coming, did you.
Candy Crush and World Pollution.
A traitor inside the Fungi.

And so the fight continues …

Even though Silo had eaten a few, nothing was stopping the Gummy Bears.
The battle wasn’t over.
Both sides were convinced they would save the world.
Yet, there was hope…

Especially some of the yellow ones, who only followed for peace and to be accepted in Candy’s kingdom.

And then there was LEGO

Every story needs some LEGO.
And here it is.
AppleJack saves the world. And the LEGO.

They were on the edge.
Just before AppleJack tried to escape on a beautiful brown LEGO boat on a LEGO island with a LEGO sea.
He stopped and listened to what the mushrooms had to say.
Jack was an excellent sales mushroom and has a secret hardly anyone could tell.
He was ALWAYS able to make every customer “an offer you can’t refuse.”

So how could the Gummy Bears refuse?

This was the cliffhanger. We now cut away for a little side story. Remember, all these creatives are in one experiment. With only one hour.

It became evident after Jack’s conversation with the bears that some of the mushrooms wanted to return back to their once human form.
One of those was Scarlet.
Scarlet was different and renowned for making things happen.
She made a magic potion using the help of the gummy bears hoping to regain her own human form.

She gathered together a couple of Bears to show the others what she could do and asked if the other fungi wanted to join her in her magic gummy bear soup.

A story within a story.
An embedded narrative.
A rebel with a cause.
A mushroom called Scarlet.

Back at home in our normal storyline, we find Lemmy.

Lemmy did not like all that violence. So Lemmy started to talk to the Gummy Bears about a more positive way of life.
Whispering words of wisdom.
About living together.
Letting it go.
Letting it be.
The ones that wanted to stay, got a nice little place of safety on Lemmy’s Wall.

Is everything going to be OK?
Are we being tricked into a false sense of safety?
Or is the world truly a better place by now.

If this story would be a video, the creeping sound of upcoming thunder and gloom would be entering. But you guessed it right. It is not over…

Into the Shroom of Death

Gorhgothvekh summoned the rest of the army of bears to his shroom of death.
He wanted to know if they were truthful in their actions.
In order to help them return back to their human form, he needed to select who would be transformed first based on truth.
He was conscious and knew he had to protect humankind too even though humans loved a tasty Fungi Omelette.

Those who weren’t telling the truth were a nasty bite and bitter taste to swallow.

And Ser Agaricus (Ser for the friends) always looked after his teeth.
How would he subdue his predators if he didn’t have a sparkling smile?!
So when the Gummy Bear Army attacked he wasn’t going to eat them, no!
That would rot his teeth!
Instead, he taught the Sweeties about dental hygiene.
The Sweeties were so upset though, they thought they brought joy to the world not pain! So they listened carefully and pledged they would always remember to floss!

And so it began all over the Dark Forest.

The Gummy Bears stopped attacking the Fungi and started to play. Just like with Emma, a cousin of the Murloc-Tadpoles.

This species lives in caves and woods and everywhere where mushrooms emerge in a large number and are the guardians of the water puddles in the forest.

Emma offered her cave and pool as a safe haven with only one condition. If the humans wanted to pick mushrooms in the future, they would sacrifice themselves as a sweet delight, and be prepared to be cloned.

The Gummy Bears agreed and suggested that their sugars be extracted in order to make the cloning work.

So, the third moral lesson of the story after dental hygiene and not eating (too much) candy.
Don’t pick up gummy bears from the ground and put them in your mouth as they can be poisonous.

And finally, Mushrooms and Gummy Bears all lived happily ever after in the Black Forest of Diorama. They shared many occasions where they both worked together and the story does not end here. Since the story emerged, a lot more Dioramas were created and the world became a creative place full of fungirls and funguys.

The Winter Workshop 2022 has come to an end.
But old and new friends worked together to create this story.
Under pressure.
With fun.
And differences of opinions.
Some of the crew had a little bit of extra fun afterward in turning the story together for the blog, but the overall storyline and all the images were created in less than one hour. Using their backstories they created for their figurines and dioramas. A diorama challenge you can still join this weekend as part of Natasja’s amazing SiPgoesTGIF diorama challenge.

So when is the next?

The Spring Workshop 2022 is fast approaching and you can already reserve the date in your calendar if you didn’t do it before.
May 6th and 7th.
Registration will open on our Discord later this month. 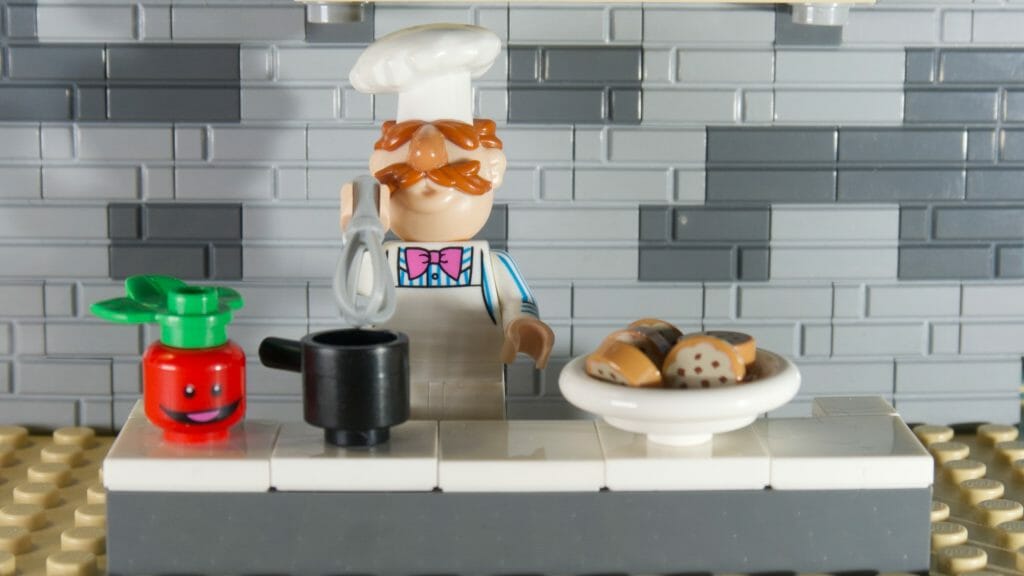 You are all awesomely crazy Bravo