We really like to welcome the world renowned photographer John Rankin Waddell also known mononymously as Rankin to our amazing community of toy photographers around the world.

He is known for his photography of models including Kate Moss and Heidi Klum. And of celebrities such as Madonna, David Bowie and Elizabeth II.

And now he joins the world of toy photography with his amazing Spice Brickz shoot.

Welcome to the wonderful world of toy photography. We do hope to see you on one of our toy meetups or pop up exhibitions in the future.

And in order to celebrate this wonderful news, LEGO has created a special set. A set so that fans of Rankin can join in the fun, and recreate some of the most iconic images he has created before.

And so with that, five of the most recognised figures in showbiz history have burst on to the stage in LEGO® brick form for the first time ever with the release of the BrickHeadz™ Spice Girls Rankin Tribute set.

This is a world first as actual people have never been immortalized in the LEGO BrickHeadz style before now. And for sure not as an iconic tribute to a world renowned photographer.

In 1996, Emma, Geri, Mel B, Melanie C and Victoria exploded onto the British music scene and the covers of the glossy magazines. They continued to take over the world with hits such as Wannabe, Two Become One, Viva Forever and Spice up Your Life. All thanks to those first iconic images of world renowned photographer Rankin.  Now these shots can be recreated by toy photographers around the world. Giving fans and upcoming photogs the chance to step in the footsteps of John Rankin Wandell.

The new LEGO set comes with mini versions of each Spice Girl. The models are equipped with microphones and stands leaving the amazing photographer behind the camera, and not inside the box.

For the first time, fans can experience that satisfying ‘click’ when taking pictures like a pro.  Every detail that gave the girls their iconic style in the images of Rankin has been faithfully captured in brick, from hairstyles to clothing. Fans will find new leopard print LEGO bricks for Mel B’s eye-catching look, along with Melanie C’s trademark tracksuit and Emma’s famous baby pink dress to create iconic new images to share with the world.

And that is not all.

Talking about how he brought the band and the iconic images of Rankin to LEGO life, LEGO designer Daniel Squirrell commented: “There are few bands that defined pop culture in the same way the Spice Girls did back in the 1990s, and it’s been such fun bringing the band to life in our BrickHeadz style.”

“This is the first time we have created a music band in BrickHeadz form and what we really, really wanted was to capture the essence and nostalgia of the Spice Girls, through their iconic looks. I am delighted with the set and I hope the fans are too.”

The LEGO BrickHeadz Spice Girls Rankin Tribute set is available from £49.99 from LEGO stores and on Lego.com/Spice-Girls from 1st March 2022.

We can’t wait to see what some of our photogs will do when they get their hands on the set. 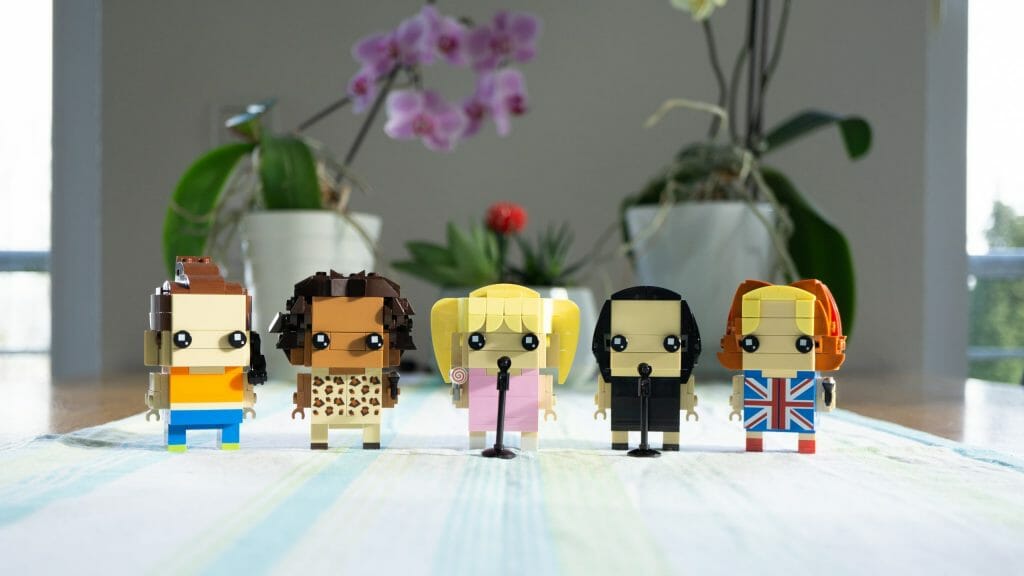