We’re reaching the end of the first quarter of 2021, and my last blog post dates back to early December when I wrote about my Elven Harry Potter project for SiPgoesTT. But even though we’ve already announced our project for 2021, we’ve never concluded SiPgoesTT.

The truth is, since December, writing a recap blog post about SiPgoesTT was on top of my to-do list.

I’ve been pretty much silent, both here on the blog and on social media, about what I did in 2020. I did write about Romantic Movies with my review of last year’s modular and posted my photos for Adventure Movies both on Flickr, Instagram, and on my blog.

But then I hit a bump and struggled during the summer… So I decided to stay silent until the end of the year.

Working on a project for a full year and avoiding sharing progress was something I wanted to do for quite a while. After SiPgoes52 and SiPgoes53, I wanted to avoid posting what I was creating while the project was still ongoing. The objective was to avoid the influence of people’s reactions to the work, on the work itself.

But for that to be possible, it meant I had to keep my project secret until I had taken and processed the very last photo… Which only happened a few days ago.

So, SiPgoesTT wasn’t for me just about creating images.

First, it was about exploring genres by watching movies with the eye of a photographer. Movies I had already seen and wanted to watch again. Movies that I had wanted to watch for a long time but never had. This aspect of SiPgoesTT became particularly important during the Autumn when I was struggling with the project.

Second, it was obviously also about creating images based on what I had learned and discovered by watching (or re-watching) movies. But I didn’t want to just copy or imitate. I wanted to really use those movies as inspiration. Incorporate some elements in my photography without completely bending or distorting my vision.

Even though I now consider the project over, I still have loads of movies on my watch list. Some of which I want to use as an inspiration for my photography. In some way, the red thread behind SiPgoesTT isn’t over for me and will most likely keep on appearing on the blog.

I wrote a full blog post about road movies when we decided to press the reset button of SipgoesTT. The concept of road trip has been for years a major red thread of my photography. Since I wrote this blog post almost a year ago, road trip has only become a stronger theme. (But this is for another blog post as it is not directly related to road movies.)

I watched a few movies related to the genre. (It’s been so long I actually don’t remember which ones, except for Thelma & Louise which I last saw when I was a teenager.) There are still a few I want to watch, including Easy Rider, which has been on my list for over 10 years…

Similar to road movie, I wrote about romantic movies in my review of the Bookstore. I didn’t really explore the genre though as it’s not the one where I feel I have particularly strong gaps in my culture.

Adventure is another major red thread of my photography. It’s tightly connected to road movie.

Despite this, I ended up watching a few movies, including the recent adaptations of Jack London’s The Call of the Wild and White Fang. I also wanted to re-watch Hook, possibly my favorite Spielberg movie after Jurassic Park, but still haven’t.

That said, my photos ended up being an homage to Pirates of the Caribbean.

Fantasy was the last movie genre of the year, but I’m on purpose moving it here. Similar to Adventure, I didn’t make any effort to explore the genre. I watch fantasy movies/series on a regular basis.

Most of my photography is now centered around Elves and I wrote two blog posts on the topic in December. (One about the genre, one about my HP/Elves project.) Thus, I decided to move fantasy here and end this post with the genres I hadn’t written about before and haven’t shown any photos yet.

Comedy is where I hit the first bump.

I love comedy, in particular classic comedy with actors like Charlie Chaplin, Laurel & Hardy, Jerry Lewis, and above all Louis de Funès. But to be honest, comedy has never been something that I tried to express through my photography. Not that I don’t rely on humor, but it’s never been a goal in itself.

Unable to figure out how to pay tribute to de Funès with my Elves, I tried to find something else. Looking at my photos, the predominant aspect of comedy I rely on is parody. In fact, much of my Elves photography has been some sort of parody. So instead I headed in the direction of parody films and decided to parody Shaun of the Dead.

This was the second bump.

Contrarily to comedy, I had an idea: Titanic. Most people would consider it first a romantic movie. To me, it’s first and foremost a historical movie considering the amount of work conducted to recreate one of the most horrifying and emblematic sinkings of the 20th century.

Yet, I couldn’t figure out how to recreate it. I wanted to focus on my Elves, and at the same time avoid focusing on the love story between Rose and Jack. This would have meant to focus on a ship rather than on characters. There was a contradiction here…

So instead, I eventually changed my plan after watching a movie that had been on my list for a while: Into the Wild. I initially wanted to watch it as part of Adventure, but decided to watch it for its biographical aspect instead, hoping to find a replacement for Titanic. I ended picking one of the many photos of my Sigdoll I took last year.

From the beginning, I knew film noir would be challenging.

I always loved the noir aesthetic. I love looking at good black & white photography. But I had never really managed to make a black & white (toy) photo I’m happy with. Every time I tried to turn one of my toy photos to B&W, I ended up preferring the original color version.

When September hit, I still had no idea what to do. So I started to make a list of movies to watch.

I started with Sunset Boulevard, then The Maltese Falcon, In a Lonely Place, The Big Sleep, and The Killing. While I thoroughly enjoyed all of these, it’s Orson Welles’ Touch of Evil that changed everything.

I had never seen a movie by Orson Welles before. I had wanted to watch Citizen Kane, often cited as the best movie of all time, for ages but never had. Touch of Evil starts with this mesmerizing long take of several minutes. Needless to say, the movie blew my mind.

Then, I ended up watching The Lady from Shanghai (also from Welles) and then kept watching several other movies from the B&W era, drifting away from the film noir genre. (Among those movies, I ended up watching Citizen Kane, and now finally understand why it’s so often called the best movie of all time…)

It’s watching those classic film noir movies that has been the most rewarding aspect of SiPgoesTT. Not only I feel like I’ve finally filled a gap in my culture, but it eventually bore fruits photographically.

Eventually, I decided to head outside with some toys and my camera, and take some B&W photos.

From the beginning, I knew I wanted to take inspiration from Hitchcock’s The Birds. I already wrote about it in 2019 and had already taken that photo. It’s in my opinion simply the best horror thriller of all time.

Going down the rabbit hole of film noir and classic B&W films and following my fascination with Touch of Evil, I ended up watching Rope, which Hitchcock edited in a way to give the illusion that the film is a single long take. This led me to watch and re-watch several Hitchcock movies, including my beloved The Birds.

In the end, I tried to recreate my photo from 2019 as I wasn’t totally happy with the result. After several attempts, I’m still not 100% satisfied with the result. Maybe this is just another opportunity to try again in October, before Halloween… And turn this into a traditional Halloween photo session?

(To be honest, I would also have loved to take a photo inspired by the 1990 version of It, but this won’t happen until LEGO releases a clown minidoll…)

Science fiction should have been easy. Yet I only took the photo for it less than two weeks ago.

My original idea for science fiction was to pay tribute to Kubrick’s 2001 A Space Odyssey. But following my exploration of film noir, I ended up watching two other movies.

The second movie is Fritz Lang’s Metropolis, which is an almost 3-hour long silent movie from 1927. It’s often considered one of the best science fiction films of all time and has had a tremendous influence on modern-day science fiction.

The thing is, until recently the original cut of the movie had been lost and was incomplete. In 2008 the movie had been recovered and ended up being premiered in Berlin in 2010. I actually saw the movie for the first time when German-French TV channel ARTE broadcasted the screening in Berlin.

After watching classic B&W movies, I couldn’t resist re-watching Metropolis once again. For a while, I considered taking a picture inspired by it, but eventually, the other science fiction movie I watched earlier started to obsess me…

Among the film noir movies I watched, there is one I omitted: Alphaville. (If you wonder, yes the name is not unrelated to the German synth-pop band.)

Alphaville is a hybrid between film noir and science fiction from French filmmaker Jean-Luc Godard. (If you don’t know Godard, he’s one of the prominent figures of the French New Wave and often listed alongside Welles, Hitchcock, and Kubrick as one of the greatest filmmakers.)

While Alphaville didn’t blow my mind right away like Touch of Evil did, over time I developed an obsession with it. Now it’s constantly on my mind and it won’t be long before I consider it among my favorite science fiction movies. I could say more about Alphaville and the photos I made inspired by the film, but this will be for a future blog post… 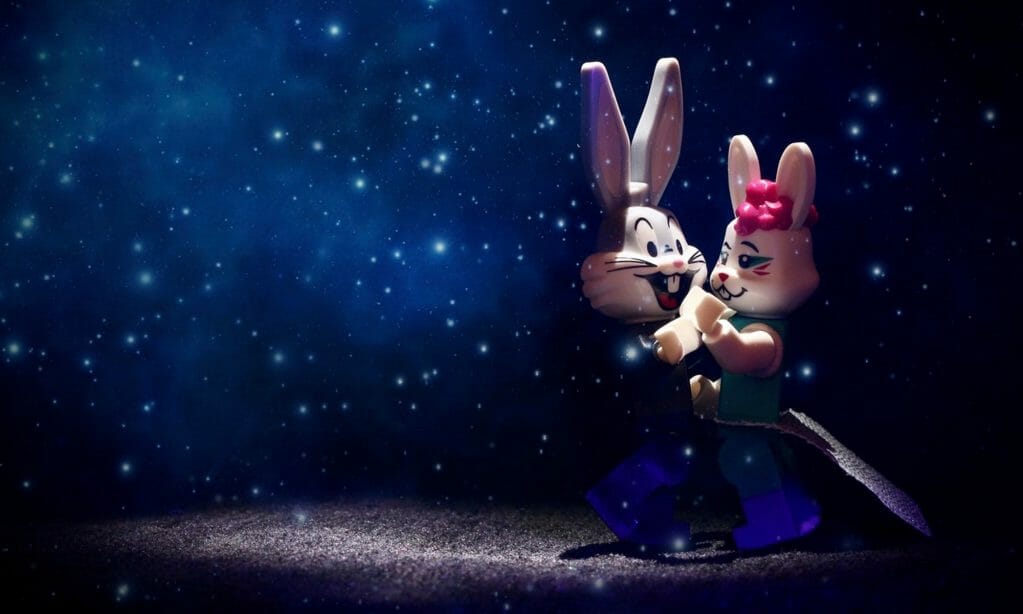 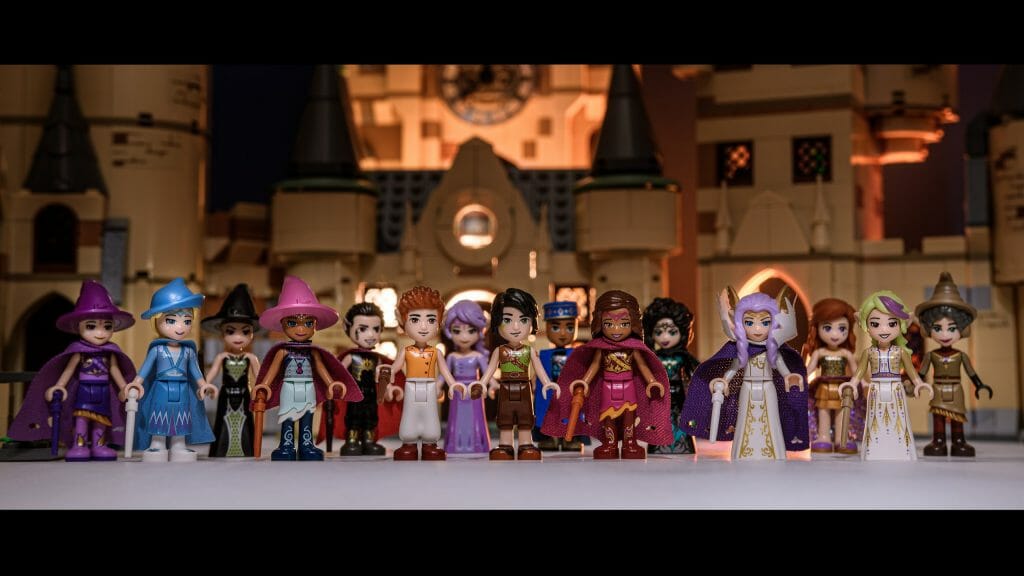 Amazing reflection, and an even more amazing body of work. I really like your elves and the consistency in the work.

Thanks! (Somehow I missed this comment.) I’m glad the consistency is visible, although the last year has been a struggle at times as always shooting the same characters becomes more and more challenging ^^’