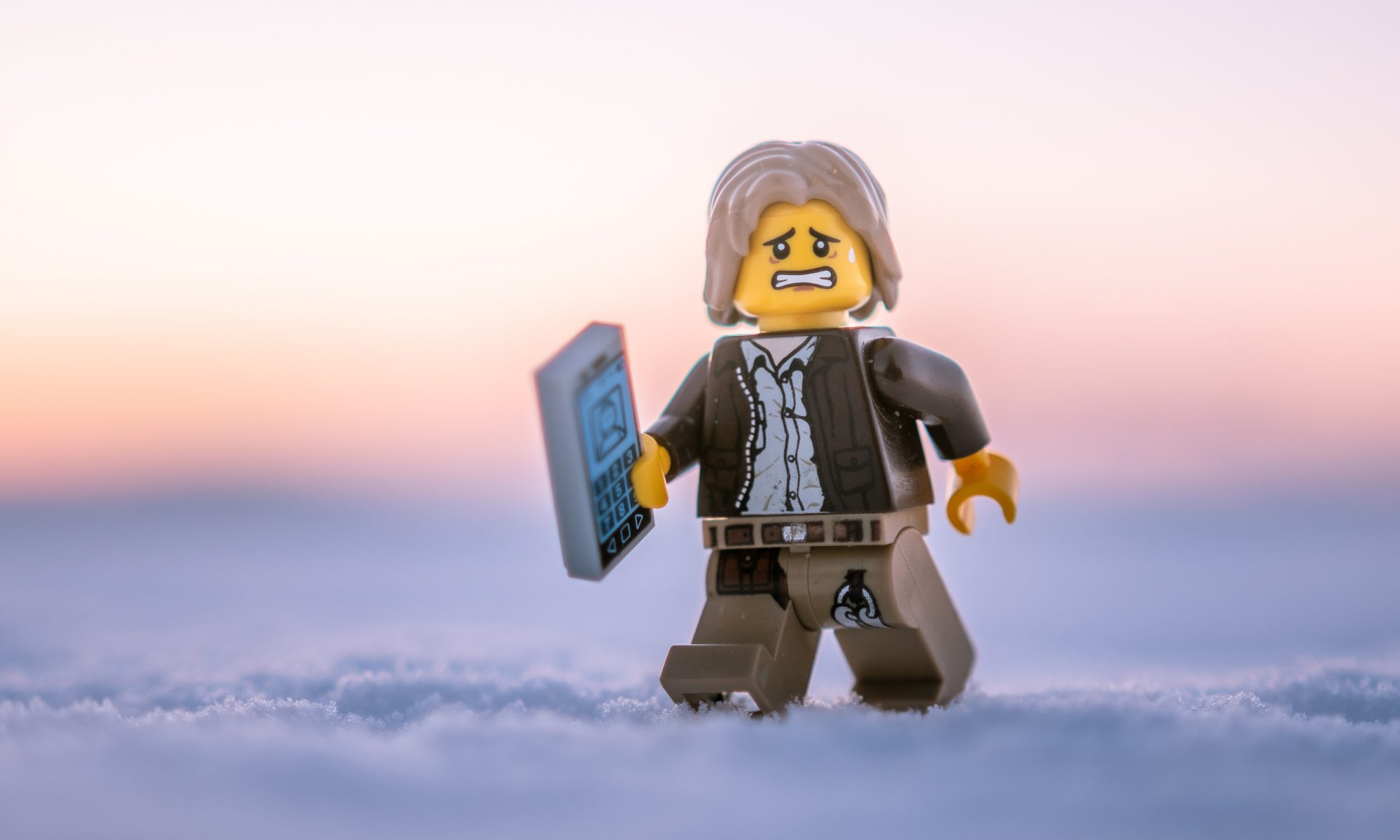 It’s been going on for years now. More than once, I wrote a draft for a blog post about it, but never posted any of them. It gradually became worse, but it felt like it couldn’t get any worse during this summer.

I still check Instagram multiple times a day. However, each time I scroll the app on my phone, I feel the same: there’s barely anything interesting. I feel completely disengaged from the platform as a viewer.

Although I joined Instagram quite late, Monday will mark the fifth anniversary of my first Instagram post. And it’s been over six years since I started looking at toy photos on Flickr. That’s over 2000 days.

Thinking about the number of toy photos I might have seen in the past years is scary… I’ve probably seen dozens, if not hundreds, of thousands of images, most of which are toy photos.

I feel overloaded with images. After seeing photos daily for so long, only a few still manage to inspire me. I’ve lost the interest in continually looking at toy photography. It’s not as inspiring as it once was.

Not that I don’t want to look at toy photography anymore, but instead, I want it to be different. Less is more.

I’d rather enjoy a print exchanged with a few people than a daily stream of photos on my tiny screen. Or read a digital publication, be it a pdf, blog, or an old school HTML web page. I want to read content from photographers who have something to say. I want something more than just pretty pictures lost in an ocean of other pretty pictures.

I actually never liked Instagram as a platform for genuinely enjoying photography. I still think that tiny images viewed on a tiny screen aren’t suited for that.

Instagram is to photography what fast food and all-you-can-eat are to cuisine. It can be lots of fun and feels good, but it’s not the best way of experiencing quality food. The more you eat, the faster you eat and the more you get full, the less you can truly enjoy the taste of the food. It’s the same with photography.

Stories were something that I didn’t understand when they were first released. But over time, it made me interested in behind the scenes content. By behind the scenes, I don’t necessarily mean the classic behind the scenes snapshot of an individual image’s setup. (Once you’ve seen a few of them, the majority quickly become repetitive and uninteresting…) But instead behind the scenes of the whole process.

Who’s behind the camera, what inspires the photographer, how do toys and photography relate to their daily life?

But that kind of content is actually quite rare on Instagram. I feel too many Stories are used solely for self-promotion. I’m tired of seeing the same types of Stories simply rehashing regular posts to trick the Almighty Algorithm in the hope of getting a few more likes.

My problem with social media

[Our use of social media] is inherently self-interested. […] Most photographers are speaking to other photographers, and what we’re saying is, “Here’s the work that I’m doing, isn’t it great?“

This four-year-old quote from David duChemin is more valid than ever. While this issue is strong with Instagram, it actually applies to many other social media platforms I’ve used.

My disinterest in social media as a viewer has impacted me as a creator too. If I struggle with finding interest as a viewer, how can I expect others to feel different? How can I find the motivation to partake in a pointless race for attention that I don’t care for? Why would I spend my energy when most people, me included, only scroll on their phones and stop on photos for a split second, only to double-click them mindlessly?

Lately, I’ve been thinking about uninstalling the Instagram app and go on social media detox for a while… But it’s just not possible. Like Facebook ten years ago, Instagram has become an essential communication tool for me. Even though it feels like a burden, I can’t get rid of it just because DMs are the only way I can reach many people.

Back to the roots

I want to go back to my roots.

At the beginning of the summer, I started posting on Flickr again. But not for the social aspects of the site. Flickr allows me to get my photos out into the world. There, my photos are not lost and forgotten after a couple of days. Instead, my old and long-forgotten photos still get views years after being posted. This is because before being a social media, Flickr is a photography search engine.

And now, I want to re-focus on my personal web page. I want to spend more time and effort sharing my photography online in a meaningful way. Present my photography in the way I want without the limits imposed by the social media platforms’ pre-made layouts. This means having the photos series and projects dear to me, organized as galleries or blog posts on my personal website.

As a creative, it’s something I should already have done a long time ago. My personal website, which is primarily under my control, should be my first priority (alongside with SiP). There I can freely choose how I want to present my photos. The pre-formatted social media profiles that can change at any time, depending on the mood of a big company, should be second.

Today, it’s been two months since the last time I posted on Instagram with my personal account. I should post my SiPgoesTT images for July and August… But at the same time, I don’t feel like doing it.

So maybe, rather than posting my SiPgoesTT images on my personal Instagram account, my next step should be to write a blog post about them here at Stuck in Plastic…

I can very well relate, Maelick. And I can really relate to the food comparison: these days you hardly find inspiration or a new taste.
But as you said: less is more. Maybe that’s one why out of this socialmedia maze.
Another important one to me is: Shooting and sharing the things that I do like that very moment.
Let’s see what’s in the fridge this afternoon then….

Definitely shooting what you like is the most important to not get sucked up by social media :-)

I can only agree! I’m thinking of deleting my personal Instagram account more and more ^^’
I will also add that advertising every 4 or 5 images (Instagram and Facebook) is soooo boring, it’s often taking me back from looking to pictures

I tried deactivating my Facebook account 10 years ago, and ended up reactivating it two weeks later because there were lots of people I couldn’t easily contact anymore. I think the same would happen with Instagram so for me that’s unfortunately not a solution :(