I love LEGO’s modular building series. But while they’re among my favorite sets, I had never photographed any. They’re great sets to build and look great in Beastburg, my own LEGO city. As an outdoor photographer though, they’re not what usually inspires me to photograph.

However, I didn’t buy the two previous modulars, the Diner, and the Garage. I initially wanted to as they look beautiful, but I ended up making the decision of skipping them. The main reason being that the style is quite different than the previous buildings I own, and thus they wouldn’t fit that well together. (And then there was the other problem that my city would eventually be full…)

But when I saw the first images of this year’s modular, 10270 Bookshop, I knew I’d have to get it. And then it happened that we’d get one for review from LEGO. The idea of challenging myself with photographing yet another type of large LEGO set was planted in my head.

This month, we focus on romantic movies. It’s not a coincidence. We knew we would have one Bookshop for review, and another one to give away as part of a challenge. The first genre of movies we could link to bookshops is romantic. For Boris, it’s You’ve got mail that first came to mind. For me, it’s Notting Hill.

When I think of romantic movies, I mostly think of romantic comedies from the 90s or early 2000s with Julia Roberts or Hugh Grant, such as My Best Friend’s Wedding, Runaway Bride, Pretty Woman, Four Weddings and a Funeral, Love Actually… and Notting Hill.

So my initial idea was to create my own re-interpretation of Notting Hill, with the bookshop… And with Elves as actors.

My main cast included Rosalyn as Julia Roberts and Legolas as Hugh Grant. But I had many other characters in mind, such as Hugh Grant’s sister or Spike his weird/crazy roommate.

Once the cast was assembled, it was time to start shooting the movie. And figure out how to photograph the building, both from the outside and the inside.

Of course, I had to take a photo of the building inside my LEGO city layout. Considering that I plan on taking down Downtown Beastburg so I can have space for a train layout, it was of the utmost importance to keep something to remember it.

But this was the easy part. It’s the inside that would be more challenging.

The modular buildings (or at least the recent ones) usually include some very cool details inside. However, I find myself rarely looking at them. Even on display, they’re hidden inside the building and I rarely open them. So it’s no surprise that I had never tried photographing them. There’s usually no easy way to place a camera inside the rooms.

However, the bookshop is composed of two small buidings, similarly to the Pet Shop (one of my two favorite modulars). I was pleasantly surprised to find that the top floor of each building can actually be opened and leave some room for a camera lens.

Unfortunately, the top floors are the ones with the least amount of interesting details…

Still I took my first indoor photo inside the blue building’s bedroom as it has a large bed… Isn’t it the ideal setting for starting a romantic movie… with books?

But then how to photograph the other rooms? Well the most obvious way was to unbuild one wall to make room for my camera and lens.

But then I got stuck for the next photo. I liked the idea of having light coming through the window to simulate daylight. But if I removed the walls with the window, the look wasn’t the same. Then I thought… What about trying to take pictures directly through the windows and doors?

Through the windows and doors

First I decided to take photos of Naida, acting as an unnamed customer browsing books on the shelves. After all, a movie also needs some extras and b-rolls to set the scene…

Then I moved on to photographing the lower floor of the blue house. Here I imagined my Elven couple having tea. I tried taking photos both through the window and through the opened door. Initially, I tried to use my macro lens for these photos. But then I noticed that it didn’t work at all due to the longer focal lens.

The photos through the window have a very different look than others I had taken by unbuilding a wall or through an opened door. The transparent LEGO windows add some blurriness to the photos and amplify lens flares. Sometimes, it gets harder to get a photo in sharp focus. But they have something more intimate, and sometimes something dream-like.

I had so much fun and was so pleasantly surprised by how the photos turned out, that I became more interested in experimenting with LEGO windows. So I decided to continue taking b-rolls…

The passage of time

The upper floor of the bookstore features a nice comfy chair and an old pendulum clock. It also has a large transparent backdoor. After experimenting with windows, it made me want to play with the passage of time by relying on the new dreamy blurry look I found.

Concluding thoughts on the Bookshop

So what’s the verdict?

Well, of course, I love the bookshop. As soon as I saw it, I was particularly attracted by the main building and the birch tree in front of it. I was less interested in the blue one. There are some AFOLs who seem obsessed with teal, but I’m not. Yet I was pleasantly surprised by how much I enjoyed both building the smaller blue house and how it looks.

I didn’t (and won’t) talk about the minifigs, as to me, they’re rarely the focus of Creator sets. That said, I can’t resist mentioning the included Moby Brick book to add to my growing collection of LEGO books.

A recurrent complaint about the recent modulars is that they become smaller in appearance and more expensive. As the Pet Shop was my first modular and still one of my favorites, I can’t resist the comparison. While the Bookshop looks smaller, it has more pieces than the Pet Shop. Overall, the price per piece ratio is roughly the same, for US & UK prices, and actually lower for European/German price.

Still, I do agree that it feels small. Particularly the blue house. But the reason why it is smaller, despite including more pieces, is because of the amount of details. Comparing both the Pet Shop and the Bookstore shows how far more detailed the modulars have come in the span of 9 years. And even though I would rank the Pet Shop as my second favorite modular, it now kind of looks silly and boring in comparison to the Bookshop.

Another common complaint/explanation is that modular buildings become more detailed also on the inside, justifying the increase in parts/prices while the decrease in apparent size. I have a rather mixed opinion about this.

It’s true that the Bookshop (and other recent modulars) includes more details inside than the (quite bland) interior of the Pet Shop.

On one hand, I love building the interior details. Yet the Bookshop interior wasn’t overwhelming. There are so nice details like the ground floor of the bookshop itself with the shelves, the upper floor with the pendulum clock, or even the beds in the rather empty bedrooms. Yet the bookshop feels quite empty. (Two bookshelves isn’t enough to recreate something close to the bookshop of Notting Hill…)

As a photographer, I also wish accessing the inside would be easier. I’ve been dreaming for years of modular buildings that open like a dollhouse, similar to the Simpsons House.

But on the other hand, considering that I had never photographed a modular before, I have to admit I’d rather have a detailed exterior than interior. So maybe this doesn’t matter too much.

Now I wonder whether I will get a second Bookshop to make it bigger, as I did with the Pet Shop? And will the Bookshop eventually become my new favorite modular, surpassing the Pet Shop and the Palace Cinema?

Remember that we have a challenge running this month for SiPgoesTT. Like I did, become a movie director and recreate a scene from your favorite romantic movie. Or create your own movie with a series of at least 3 images. Be sure to tag them before the end of this month with #SiPgoesTT and #SiPgoesTT_romanticmovie. At the end of the month, we will pick our favorite who will get a free copy of the Bookshop. 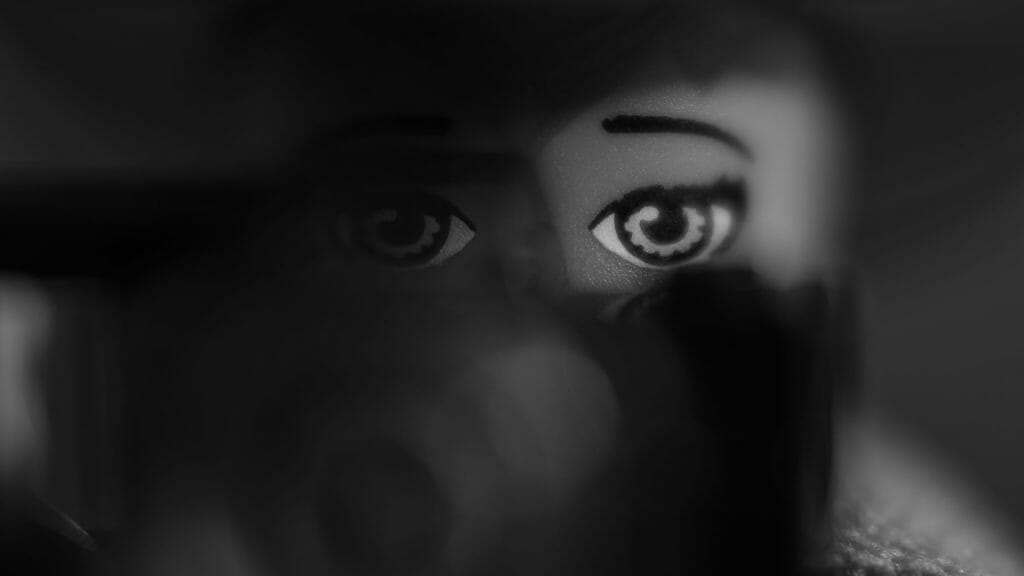 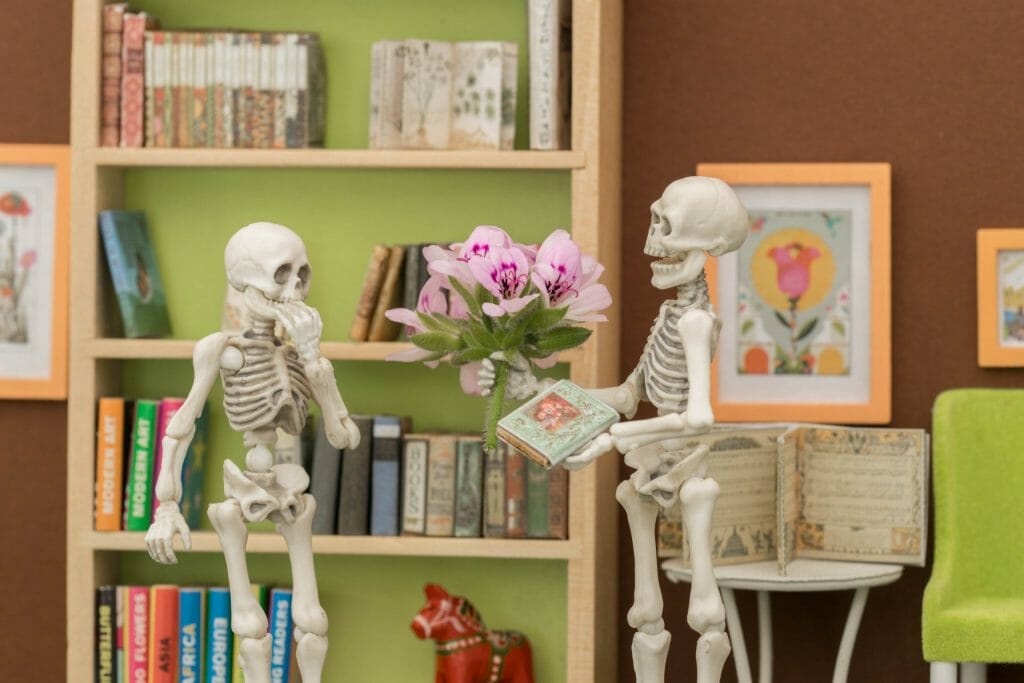