This blog post is a bit different from the usual ones about toy photography. But being a (toy) photographer is not only about taking photos (of toys). It’s also about inspiration. If you’ve been following this blog for a while, you might have noticed that I’m a Disney fan. Like LEGO, it’s been an integral part of my childhood and something I can’t separate from being a toy photographer.

During the holidays, I decided to catch up with all the Disney releases of 2019. Initially, I wanted to make a short Instagram post about my opinion on last year’s Disney movies. However, it quickly became too long so instead, I decided to write it as a blog post. Maybe this will be the first post in a series about movie reviews.

Frozen 2 – the one I wanted to see most

The only one I was genuinely excited about was Frozen 2. I usually don’t expect much from sequels though. But the first trailer got me quite intrigued. And after all, Frozen is the Disney movie about the North.

While I found the movie to be visually beautiful and Olaf hilarious, the story (and the ending) were quite underwhelming. That said, it wasn’t bad. Like Star Wars 9, I enjoyed it, but it wasn’t the best movie of the year.

The live-action remakes – the ones I will rant about

Maleficent 2 is typical of the reasons why I usually don’t expect anything from sequels. The first movie is the Disney live-action remake I preferred. I like the twist it brought to the story. But the sequel was utterly unnecessary.

What about the other live-action remakes? The one I preferred (or should I say disliked the least?) was Dumbo. It had that Tim Burton feels (and the beautiful music from Danny Elfman) that makes it sufficiently different from the original to be interesting. But like the other live-action remakes (except maybe the first Maleficent), it just doesn’t live up to the original.

While Aladdin is nothing more than a pretty average blockbuster, at least the songs were enjoyable. However, I can’t say the same for the Lion King. While it’s undeniably beautiful and it shows how far CGI has come, I hated the movie so much. All the emotion of the original is gone. This comes from the choice of sticking to photo-realism while copycatting the original at the same time.

All the fun songs like “I just can’t wait to be king”, “Be prepared” or “Hakuna Matata” have lost their soul. But even the scenes that should have been easier to remake as photo-realistic (“Can you feel the love tonight”, “Circle of Life” or the death of Mufasa) just feel like watching a random wildlife documentary with the soundtrack of the Lion King.

Toy Story 4 – the one I didn’t really care about

When it was announced, I didn’t expect much. Pixar had already managed the achievement of making 2 sequels that were as good as the first movie. After Toy Story 3, it felt like it wasn’t possible to make another good sequel. The toys had left Andy for another kid. The circle was complete. End of the story. (Besides, after the first trailer, I had mixed feelings about the visuals that seemed far too good and realistic for a Toy Story movie.)

So Toy Story 4 had all the ingredients to be that unnecessary sequel. But I was wrong, very wrong.

Toy Story 4 is so beautifully made and written that it’s not only the best Disney from 2019, but among the bests of the decade. It made me laugh, it made me cry. It’s visually stunning. I can’t think of any other series of movies that managed 4 movies in a row that are all as brilliant. Usually, after the third, it gets old and repetitive if it didn’t happen before.

Maybe I’m biased because it’s a visually stunning movie about toys. Maybe, I need to watch all four movies again before making any bold statement. Or maybe my expectations were so low I could only be positively surprised. But so far, it feels like Toy Story 4 has become my favorite of the series. So if you’re a toy photographer and haven’t seen it yet, this one should be next on your watchlist ;-) 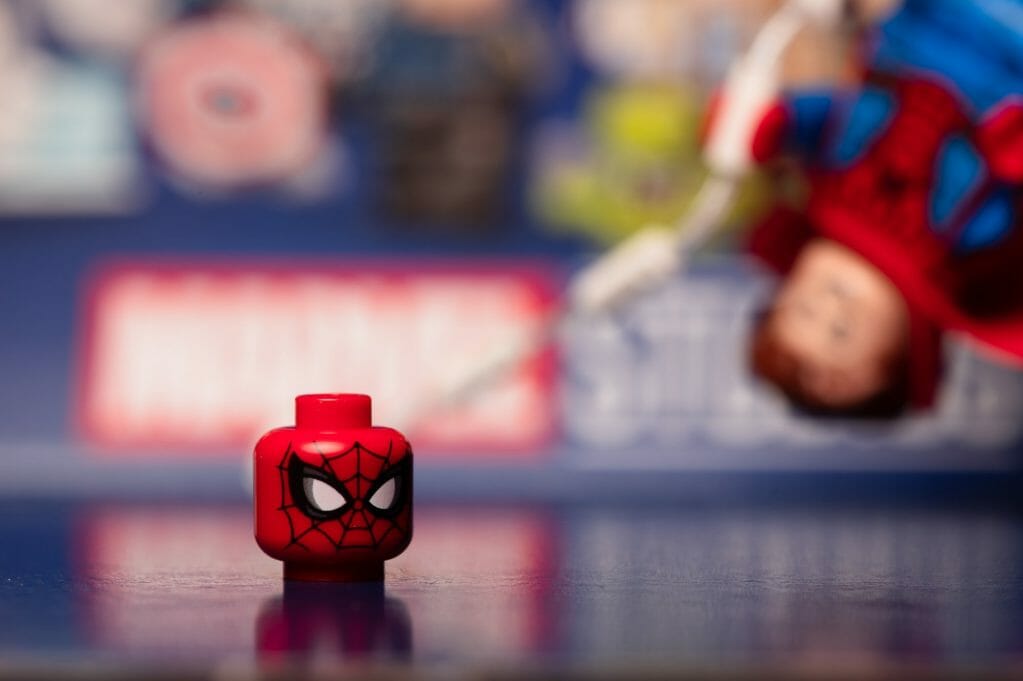 It really has been a while since I took the time to look at animated movies. Actually, movies in general.
I catch a few series once in a while but have been neglecting the real full feature movies now that my kids are slightly older. The latest toy story I was aware of, was two. Time for me to save up for that Disney subscription when it comes out later this year then. Frozen, Frozen 2, TS 3 and 4 and a few more.

I will let you know once I managed to catch up :)

I think the third is already quite old, like close to 10 years ;-P