Wonder Woman is an Amazon Princess and her real name is Diana.

Her first appearance was in All Star Comics #8 in 1941

Her powers are super strength, flight, healing factor and her Magic weaponry like the lasso of truth and her indestructible bracelets.

Wonder Woman comes with a double printed face and a wonderful skirt and of course her “lasso of truth”.

Aquaman was created by Paul Norris and Mort Weisinger.

His alter ego is Arthur Curry

And Aquaman has a lot of superpowers.

In the 90’s Peter David edit a harpoon on Aquaman’s left hand.

The prints on this minifigure are beautiful and the scales on his legs have an awesome color.

The minifigure comes with a harpoon hand and a green fish.

She is a trained gymnast and kickboxer.

When she uses her Cosmic Converter Belt she enhanced strength, speed, agility, and stamina.

She also has the ability to project shooting stars.

And when she uses her cosmic staff she can do flight and cosmic energy manipulation.

This awesome minifigure comes with a 2 printed head with on both sides a blue mask and the expressions of her face are so awesome. And also a cosmic staff.

Thaal Sinestro is a fictional Supervillain.

Sinestro is a former Green Lantern Corps Member who was dishonorably discharged for abusing his power.

He also has a lot of superpowers but the power ring allows him to have Superhuman strength.

This minifigure comes with the yellow power ring and a yellow Lantern.

Also has this minifigure a double printed face.

I think this is the least attractive minifigure that comes in the DC minifigures series. But hey… opinions will be divided on that ;)

Cheetah is a supervillain and she was created by William Moulton Marston.

This minifigure comes with an all-over printed cheetah suit.

A double printed head and a green cashback with a dollar sign.

She is one of my favorites and I think it is because of the suit.

Superman… the man of steel was created by Jerry Siegel and Joe Shuster.

Superman’s first appearance was in Action Comics #1 in 1938

His alter ego is Kal-El (that was his birth name) but we all know him by the name Clark Joseph Kent… that was his name he did get by adoption.

We all know Superman’s powers.

Superman comes of course with a red cape and a beautiful blue printed suit.

He also has a double printed head.

There is also a newspaper tile with the text: Caped wonder stuns City that references to the 1978 broadsheet newspaper.

And then we have Simon Baz also known as Green Lantern.

He was created by Geoff Johns and Doug Mahnke.

Baz is an officer of the Green Lantern Corps.

His first appearance was in The New 52 Free Comic Book Day Special Edition #1in 2012.

This minifigure comes with an awesome suit, power ring, and Green Lantern.

He has a one printed face and it would have been very cool with this minifigure if he had also a mask that you could place over the had. That would have been looking good on him but unfortunately…

Victor Stone aka Cyborg was created by Marv Wolfman and George Pérez.

Cyborg superpowers are body partially replaced by robot parts with numerous functions such as sensors and weaponry to get his superhuman power.

His outfit like the Minifigure is seen on the cover of the Tales of the new Teen Titans #1 in 1982 with the purple chain.

The minifigure is wonderfully printed.

Batman is a fictional superhero created in 1939 by draftsman Bob Kane and writer Bill Finger. The cartoon character first appeared in Detective Comics # 27. His alter ego is Bruce Wayne

It’s so nice that Bat-Mite has as an accessory the first edition of the Batman comic.

And as far as I can find on the internet, that is also where he uses his blue Batarang. Please correct me if I’m wrong ;)

Last Year it was Batman’s 80th birthday… and it is so nice to see this minifigure in his first outfit. I Like his mask a lot.

This Batman minifigure comes with grey suit and his first mask….a blue Batarang and purple hands and black rope!

Batman comes with one printed face.

If you remove the mask Batman has goggles.

The Huntress is a name that was used for different characters from DC comics.

One of them was a supervillain and the two other Superheroes.

Her first appearance was in Sensation Comics #68  in the year 1947.

Huntress is a Master athlete and her hunting weapon is a crossbow.

This minifigure comes with a black cape and Beautiful black hear.

Het suit is perfectly printed and she has a crossbow.

The head is both sides printed and the quality is perfect!

Metamorpho is also a fictional superhero

He was created by the writer Bob Haney and the artist Ramona Fradon.

Metamorpho, the Element Man, debuted in The brave and the bold #57 at January 1965.

His alter ego is Rex Mason.

His abilities are: Elemental shift, Superpower and Invulnerability.

This minifigure has an awesome printed body…on the front and on the back and the colors are so bright. Also cool is the transparent leg What also is printed.

The minifigure comes with a one-side printed head and a fist.

The joker is as we all know a super super villain.

The joker was created by Bill Finger, Bob Kane, and Jerry Robinson.

His alter egos are Jack Napier and Arthur Fleck.

The superpowers from the joker is that he is very skilled in chemistry….also he has access to many gadgets and he is an experienced fighter.

The joker comes in a white suit.

His face is awesome but unfortunately, only one face printed and we all know he has a face with a lot of expressions.

So it would be nice he had one more.

He has a huge candyfloss and a playing card with the joker on it holding cards with Batman… I think that is an awesome detail.

Her Superhero abilities are the ability to shrink to insect-like size, her solar-powered suit that enables her to fly, fire sonic force blasts, and unleash electrical ‘stings’.

And all these things are made to one of my favorite minifigs of this Serie!

I mean that hairpiece is stunning and I love the two sides printed head! And the yellow flashy electrical stings.

And then we have the Flash… Jay Garrick was the first superhero with the name Flash.

He was created by Gardner Fox and Harry Lampert.

His first appearance was in 1940 in Flash Comics #1

One of his superpowers is The superhuman speed…

It comes with that awesome helmet with the little wings and on his back his flashy flashes!

He has one printed face.

Bat-Mite is a mythical creature.

Bat-Mite has the appearance of a small man in a tight Batman costume. He is a great admirer of Batman.

He is from another dimension and he came to planet earth to see his idol, Batman.

His first appearance was in 1959 in the Detective Comics #267

His superpowers are not bound by natural laws. He can achieve almost anything through magic or omnipotence.

Bat-Mite comes with a blue mask and cape.

Bat-Mite has one printed face and I love the “Batman” contours around his eyes.

He also comes with the Detective Comics #27 where Batman first appeared. The tile has wonderful printed details….like they put lego minifigures on the cover instead of the real figures.

What do I think of the DC Minifigures?

What a really nice surprise was when I opened the bags that there are some new additions are to display them.

There are 2 new parts to put the minifigures on the baseplates to give it more movement and expression which is really cool.

I think that the DC minifigures are a perfect addition to your Superhero/Supervillain collection.

They are very different in terms of outfit from the existing DC minifigures.

I also like that they have made a nod to the past.

What I also like is the colors of all the DC minifigures they are so cartoonishly bright.

My favorites are Bumblebee, Batman, Cheetah, Bat-Mite, and Stargirl.

I hope you all enjoyed my review!

(My sources for this review came from Wikipedia, dccomics.com, and dcfandom.com) 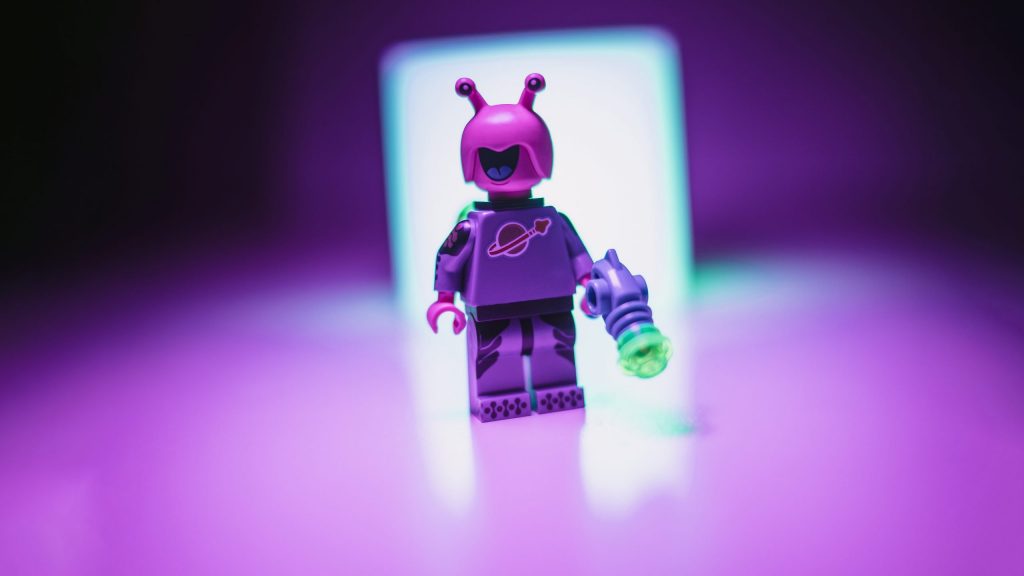 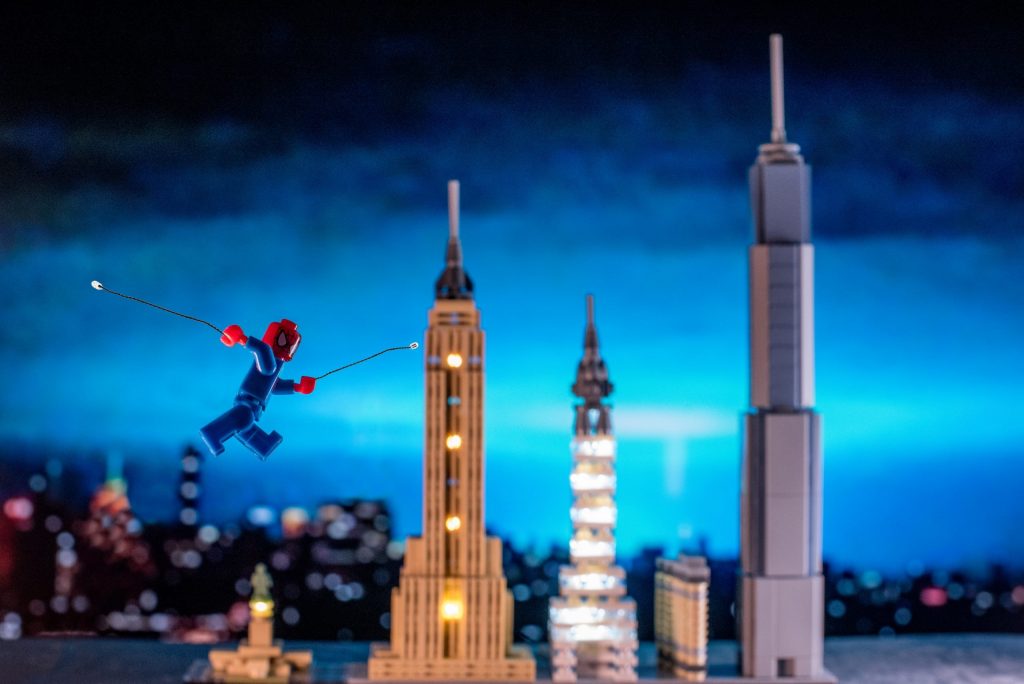