Every year, towards the end of the year, Flickr creates a group called “Your Best Shot”. This year’s group will be open on Monday.

Every year, it is an occasion for me to reflect on my own photography. Decide what is my favorite and most representative photo of the year. Reflect on a journey and think about how to plan the future. But this year I actually have a hard time choosing a single photo.

For the past four years, choosing my favorite photo has been relatively easy. From the time I had taken and edited each of them, I had that feeling of “it might be the best of this year”. But so far, it didn’t happen in 2019.

Going back in time

2015 was my first full year as a photographer. That said, I was just in the process of discovering toy photography. Most of the photos I was taking back then were travel photos and toy photography was occasional.

Although I was already traveling with toys in my backpack, I was only taking few photos with them. Most of my toy photos were taken indoors when I wasn’t traveling and was feeling the need to take photos at home.

Four years ago, the photo I picked as my favorite was one taken in New York. It didn’t come to my mind to pick a toy photo. Four years later, there is only one photo I could possibly pick as the best toy photo of 2015.

During the course of 2015, I started to feel tired of taking postcard-like photos while traveling. I needed to create something more.

At the end of the summer, I stumbled upon a blog called Stuck In Plastic. I took part in a photo book exchange. It inspired me and I started 2016 by deciding to put more effort and focus on outdoor toy photography.

In March of that year, I traveled to Japan. Despite being sick and feverish, I spent a full week in Tokyo taking pictures of minifigures in the biggest city in the world. From the moment I clicked the shutter, my favorite photo of 2016 has been one I took on the artificial island of Odaiba.

In 2017, things started to become more complicated. After moving to Finland, the number of toy photos I was producing literally exploded. But it didn’t take me long to choose my “best” of 2017.

More than being my best or favorite photo, it’s the one that best represents how I felt in 2017.

My choice for 2018 happened in a very similar way to 2016. From the moment I took the photo (at the beginning of 2018), I had that feeling I wouldn’t make anything better.

Throughout 2019, I’ve felt anxious. Indeed, so far I haven’t felt that feeling of having taken a single “winner” photo. Even though there is still one month left before the year is over… I don’t think there will be one.

At the beginning of the year, after discovering how to approach SiPgoes53, I was feeling like this year would be even more epic than 2018. With cold but awesome weather in January, I had high expectations for the remaining 2 or 3 months of winter left. But instead, the weather turned bad.

Then summer came. Even though it didn’t prevent me from taking a lot of photos, I couldn’t help but think that I would never take my best photo during that time. And now that winter is back, I feel like there won’t be a true “best of 2019”.

It’s not that I didn’t take any photo I’m not happy with. It’s quite the opposite. I took too many.

Maybe, even more importantly, I haven’t tried to take individual good photos that stand out. Instead, I’ve focused on working on multiple small and bigger photo projects made of multiple photos. Picking one photo over the others feels like spitting in the face of the efforts I made this year.

Still, I want to post something in the Flickr group when it opens on Monday. As it doesn’t allow to post more than one photo or collage of multiple photos, I have to pick one. So in the remaining of this post, I want to review the potential candidates.

The best of the Elves

Without any doubt, SiPgoes53 and my project around LEGO Elves are what best represents my photography in 2019. If can’t pick a single best photo, I can at least pick the best project without even having to think about it.

But that said, choosing a single photo from this project is impossible. Even though I didn’t take, and never planned to take, a photo for every human being of our lists, picking one seems like an insult to the project.

Even after going through my photos, I’m left with over a dozen that I love. Maybe I could reduce further the selection but I won’t today.

The best of Disney

With Walt Disney being next week’s SiPgoes53 human being, I also have to consider my Disney Castle project and the photos I took with the Disney CMF figures.

As winter is so important to me, I feel this need to simply ignore every photo that wasn’t taken during winter times. Because the weather has been so bad during what is usually the best time of the year in Northern Finland (i.e. March), I could easily consider winter to have been a fail this year. But I was so happy with how my Disney project turned out in April, that it kind of saved winter.

That said, I also want to consider a few photos of Disney characters I took in Elsa’s Castle too.

2019 has also been a dinosaur year. I visited London’s Natural History Museum and bought many dino goodies there. I worked on two small dinosaur projects for LEGO, with photos shared by LEGO on their Instagram (here and here).

But above all, I bought all the new Jurassic World sets while in Billund and traveled with them along the coast of Helgeland. Even if winter is the best time of the year, maybe it makes sense to also consider an awesome summer?

My photography has always been more about LEGO than any other toy. But this year, I focused heavily on LEGO. More than usual. Still, I feel very tempted to choose from the photos that don’t feature any kind of LEGO toys.

In 2019, I also put some effort into creating completely out-of-focus toy photos. I haven’t talked about it before. (I guess I will eventually have to write a blog post on the topic.) It wasn’t my main project. Still, it was part of my year and is becoming one of my favorite ways of expressing myself with pictures when I can’t with words.

The rule I had forgotten

Now I have to admit that all this might have been for nothing. While writing this blog post, I noticed the following rule on the 2019 Flickr Best Shot group:

By adding this Content to the Group, you represent and warrant to Flickr that: (a) you are at least 18 years old; (b) your Content is an original work by you; (c) your photos are free from any third party rights; and (d) you have the full right and authority to grant the rights herein granted in all media throughout the universe and that no one else’s permission is required.

Although I don’t remember this rule, apparently, it isn’t new. Maybe I forgot but it could have influenced my choice the previous years by focusing on non-licensed characters. Or maybe I deliberately ignored it…

Yet somehow this year, I can’t help wonder what are the implications for toy photographers. In particular for those using LEGO figures as a subject.

I’ve always tried to follow the fair play rules set by LEGO. Yet, it doesn’t matter and most of my photos aren’t free from third-party rights. While I don’t have to worry about being able to share my photos myself, the same can’t be said of Flickr.

(Maybe this explains why Flickr has (almost) never featured any toy photographer on their blog, despite how important the toy and LEGO photography communities have always been on Flickr.)

Because of this rule on third-party rights, I think I will pick my photo for this year from either the non-LEGO photos or the ones out of focus.

I’m currently considering this photo taken just before sunset, on the longest day of the year. With a cheap unbranded dinosaur, it’s the one that is the least likely to require someone else’s permission for publication while still being significant for me.

Whether or not you will post it on Flickr, have you also already picked your best photo of the year? How do you do it? And if you intend on posting it on Flickr (in the group), what do you think of this rule on third-party rights and permissions? 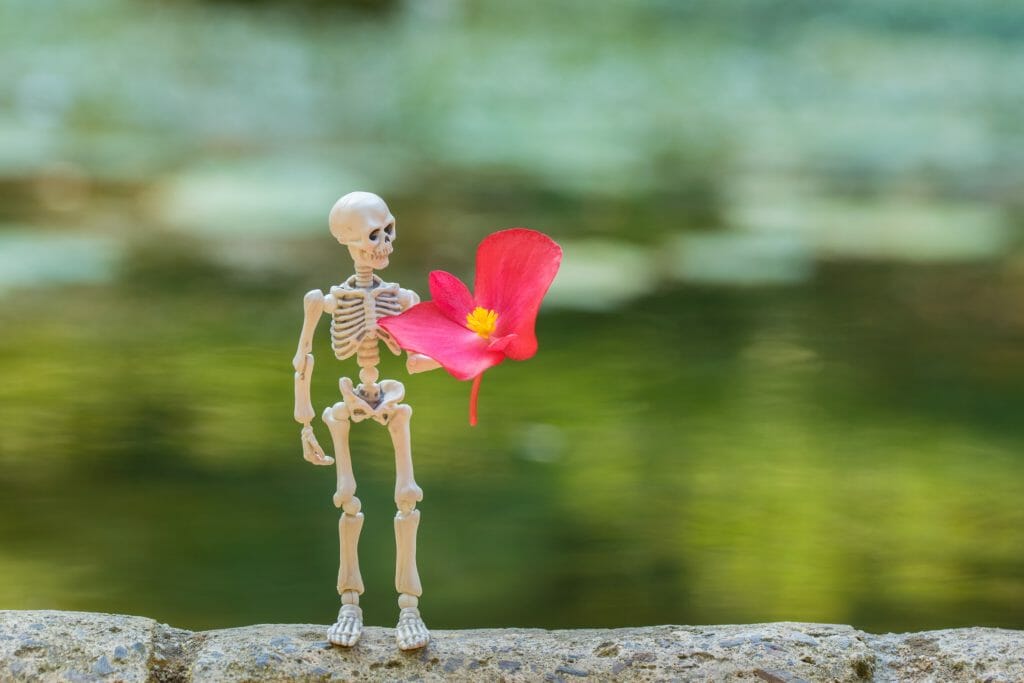 I’m late reading the blog but your article is so interesting. Thank you for sharing your thoughts, it makes me want to go through my pictures from 2019 and choose the best one for me :D