“Houston, there’s no problem, bevvypix will accept the mission.” Not only do I love LEGO but I love the fact that humanity can reach incredible heights. Using technology that allows us to explore places far beyond our wildest dreams. This is the story of how three men changed history 50 years ago.

“The Eagle has Landed”

As the astronauts prepare for the next stage, Armstrong and Aldrin put on their spacesuits and climb through the docking tunnel into the Lunar Lander ‘Eagle’. They disengaged from the Apollo Command Module ‘Columbia’ ready to make the second transmission to Earth. The biggest day in history was about to happen.

On July 20th 1969, as Nasa prepares for descent and land the Eagle on the sea of tranquility. Radio transmission between NASA and the astronauts was good. In conjunction with the radio transmission, a television broadcast was made public to an estimated 650 million people. Everything was going to plan, then we hear “Huston we have a problem”. Sadly a loss of transmission occured which sent the world into silence. NASA sat waiting, watching, anticipating Armstrong’s radio transmission would resume. Finally transmission resumed and the lunar module landed on the moon’s surface. The world once again listened to Armstrong’s voice. He describe the event and the famous quote was transmitted “Houston, The Eagle has landed”.

“That’s one small step for man, one giant leap for mankind”

As crowds celebrated, they continued to watch history unfold. Armstrong then made descent onto the moon’s surface, as he climed down the ladder and touched surface. He quoted ‘that’s one small step for man, one giant leap for mankind’.

The Lunar Module is amazing and Lego certainly have payed attention to detail. Approximately 8 inches tall and stands on a based 8 inches wide with a nice little plaque stating it is in fact the ‘Apollo 11 Lunar Lander’. However the attention to replicate the gold bricks represent the foil that the Lunar Lander was wrapped in, for thermal and micrometeroid protection is incredible.

There are two main elements to the Lunar Lander, which are the ascent stage and the descent stage. On the ascent stage are two windows and a door. However on the descent stage it features the octagon shape, the legs and the shiny foil. The manual is easy to follow and at the beginning tells the story of the moon landing. I thought this was a really great idea, especially as a collector edition. Overall a really amazing design with incredible detail. Lego have really created something rather special and out of this world.

With another moon landing scheduled in the future, NASA continues with their space exploration programs and the potential efforts to perhaps take that next giant leap, this time to Mars.

“Roger that, over and out”.

(Thanks to our friends at LEGO for providing the set.) 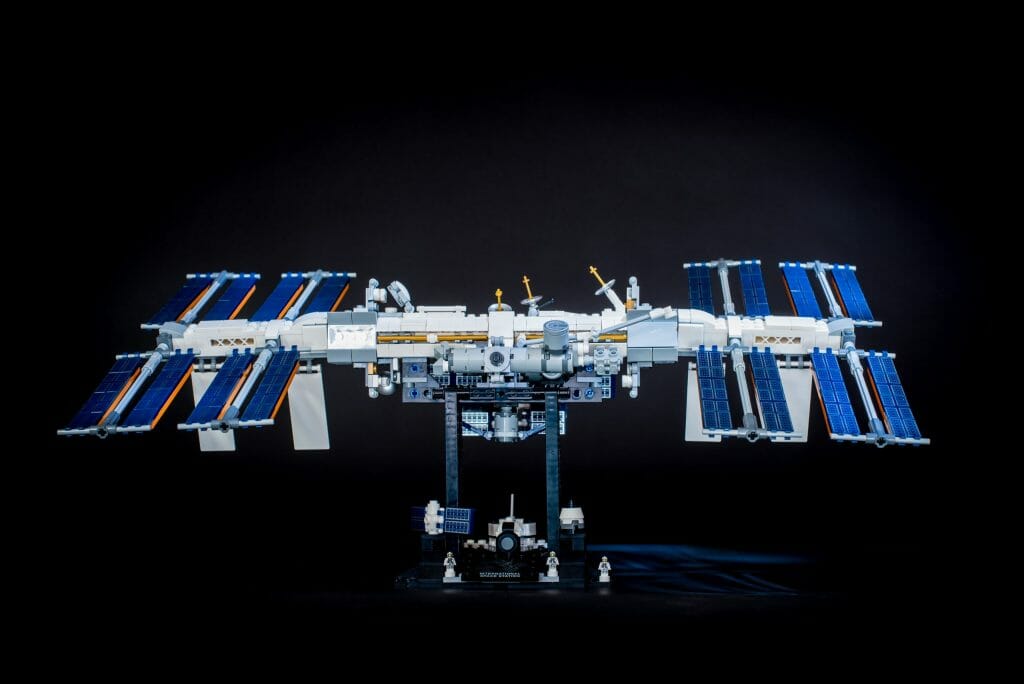 Great read….. I love space stuff and lego what a brilliant mix and wonderful insight to those subjects and photography. Great work.