For those who don’t know what the television series Friends is all about ….. (which I can hardly imagine), here is a quick intro:

The series revolves around a group of six friends: Rachel Green, Ross Geller, Monica Geller, Chandler Bing, Joey Tribbiani and Phoebe Buffay. They are all in their twenties and they live and work in Manhattan, New York in the nineties (there were 10 seasons with the first one released in 1994) .
The ups and downs of the characters take place in their apartments and Central Perk, a coffee house around the corner.

The storyline follows the flashing light relationship between Ross and Rachel and later on also a developing relationship between Chandler and Monica.
The sitcom uses non-stop humor and the jokes are about sexuality, politics and insinuations.
The program often focused on some of the more serious aspects of life, such as breaks between couples and all other things in normal life and now you can all replay it the latest real LEGO Ideas set of F•R•I•E•N•D•S……how cool is that???

I had much fun to do the build, and I really liked the end result.
A real filmset of Central Perk in the studio.
Where every little detail has been thought of, including the red tape on the studio floor while you are building it.

There are so much details in it.

For example the coffee corner from Gunther (the barista of central Perk)
The coffee machine, cups, the cookies it’s all in it.

And every detail you see in the series….it’s in the build….including the film lamps!
The couch where they sit very often, the synthesizer where Ross plays his musical highlights. The carpets (one of the build highlights), the coffee mugs in every detail.

The window with the text Central Perk you can use on the inside or the outside.
And on the outside of “the building” there is a special tile……we all know the advertisement scene of Joey who promotes the lipstick for Men…..the Blue one…..”Ichiban”.
That tile is on it and i love it!!!
A great nod to the series!
And my fav.

Comes with a bag, a pizza piece and pizza box.
He has a red Jacket and the 2 face expressions are fantastic!

Ross has also like all the minifigures a 2 face expression.
One of the faces is a real Ross expression….like that a lot.
He comes with a jacket and tie

Comes with a laptop has a Blue blouse and a black vest.

Of course a guitar is added to this minifigure love her sixty/hippy outfit and love both expressions!

Monica is wearing dungarees….the only downside is that the dungarees do not overlap and that there is a white edge on the hull.

Rachel has on one side a Beautiful face….the other face is a little bit angry.
She works at Central Perk and comes with a tray.

And then there is Gunther

Gunther comes with the white hair and colorful blouse.
Also has Gunther a 2 face expression.

What I also really enjoy about this set is that so many accessories have been added. There are all sorts of cups, the newspaper, a “reserved” sign, umbrellas, tables, flowers, carpets, curtains, cookies, hats etc.
It was a fun build and the way you can add and remove the furniture like on a real filmset is just awesome!!!

It’s nice that they are currently broadcasting the series of friends on Dutch television again and rumours goes you can be binge watching the full ten series on netflix soon.

Hope you all enjoy!!!

Disclaimer: The LEGO Friends set was provided by The LEGO Group for a creative photoshoot ahead of the release date of September 1st. 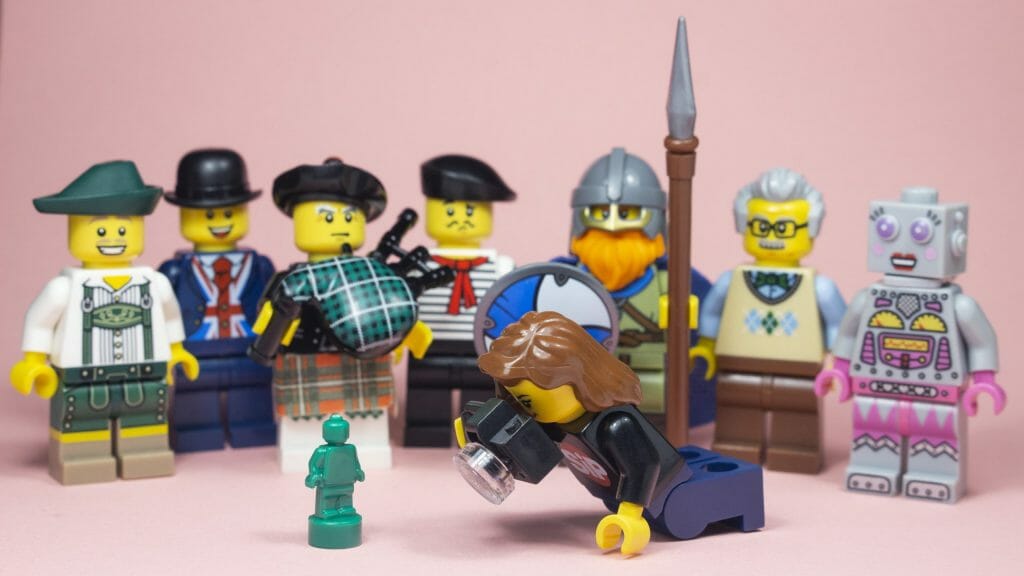 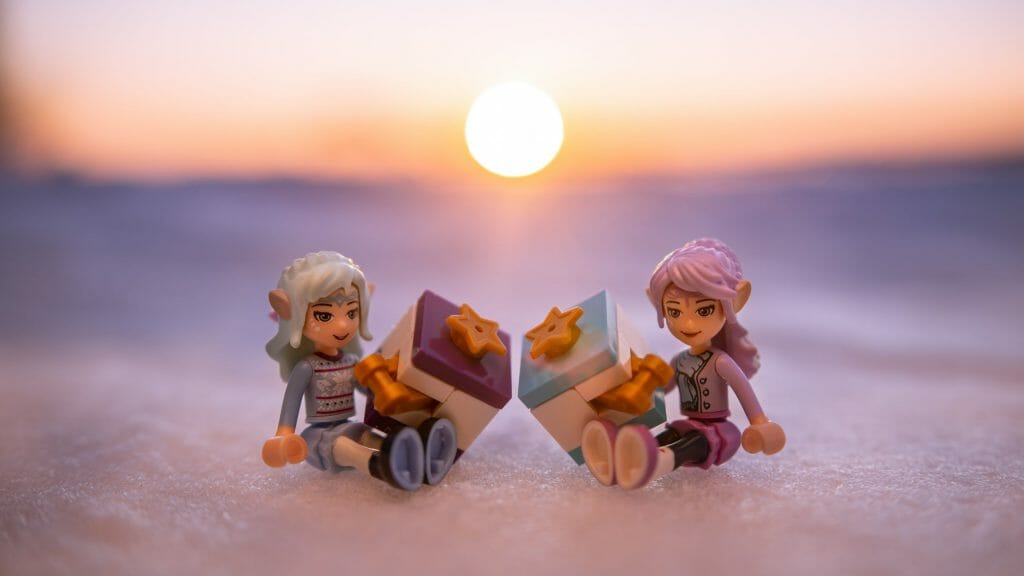