Last week I talked about how I forced and trained myself photographing larger LEGO sets. Eventually, this led me to the Ultimate challenge of photographing the second tallest LEGO set: the Disney Castle.

This blog post is the continuation of last week, focusing on my two photo sessions with the Castle. The difficulties encountered and the lessons learned along the way.

I waited a lot. Once the temperatures went up to more decent levels, the weather turned from sunny to cloudy. Very little chance of good light. But in early March, I finally got an opportunity to go for sunset with the Castle.

Probably the biggest challenge with the Disney Castle for an outdoor photographer is transport. At 74cm high, it’s the second tallest LEGO set. Only surpassed by Saturn V. Fortunately, it disassembles in three pieces. Still, the base measures 48cm by 31cm… And I never managed to find a box big enough.

Once I managed to bring the Castle on the lake, I faced another challenge: snow. Indeed if I wanted to include the Castle in its entirety, I had to make find a way to set the castle on the snow, without damaging it. This first try was not a success as I walked in front and ended up with a big footprint visible in the frame. I tried to remove the snow in front of the Castle but it didn’t work any better.

Focal length and depth of field

Then on the images I took, there was another problem from my choice of lens. I decided to use my usual lens with settings to maximize the amount of bokeh (35mm at F/1.8). I focused on the entrance of the castle, without considering the difference of depth of field created by both the large aperture and field of view.

It’s when I came back home that I noticed that the top of the Castle was out of focus. Also, I didn’t like the perspective caused by the relatively wide field of view. Because the camera was resting on the ground, the perspective resulting from the lens (and focal length) made the base of the Castle to appear wider. Not necessarily a bad thing as it made it somewhat more impressive, but not what I was aiming for…

Finally, if you look closely at the pictures, you can notice that some of the pointy thingies on top of the roofs have different length. This is because some of them fell during transport and I didn’t notice that some have an additional stud below them while others don’t.

Because I wasn’t happy, I knew I’d need to go back again. This was the rehearsal and now I knew what to pay more attention to:

Time passed. The weather ended up awful during most of March, my favorite month of the year in Northern Finland. Unusually warm temperatures, rain, and snow melting. Eventually, in April, I got lucky and got another opportunity.

This time I handled transport better and no small parts of the Castle fell off. Also, because the snow had been melting and freezing again, walking in front of the castle wasn’t as much as a problem. My footprints in the snow weren’t as visible. Using a narrower field of view with my 105mm also helped.

This time, when shooting directly against the sun, I tried to use my reflector. Although it’s usually quite big for minifigures, it felt actually too small for the Castle. It also ended up being in the frame of some pictures, and one of the annoying elements I could only remove in Photoshop: 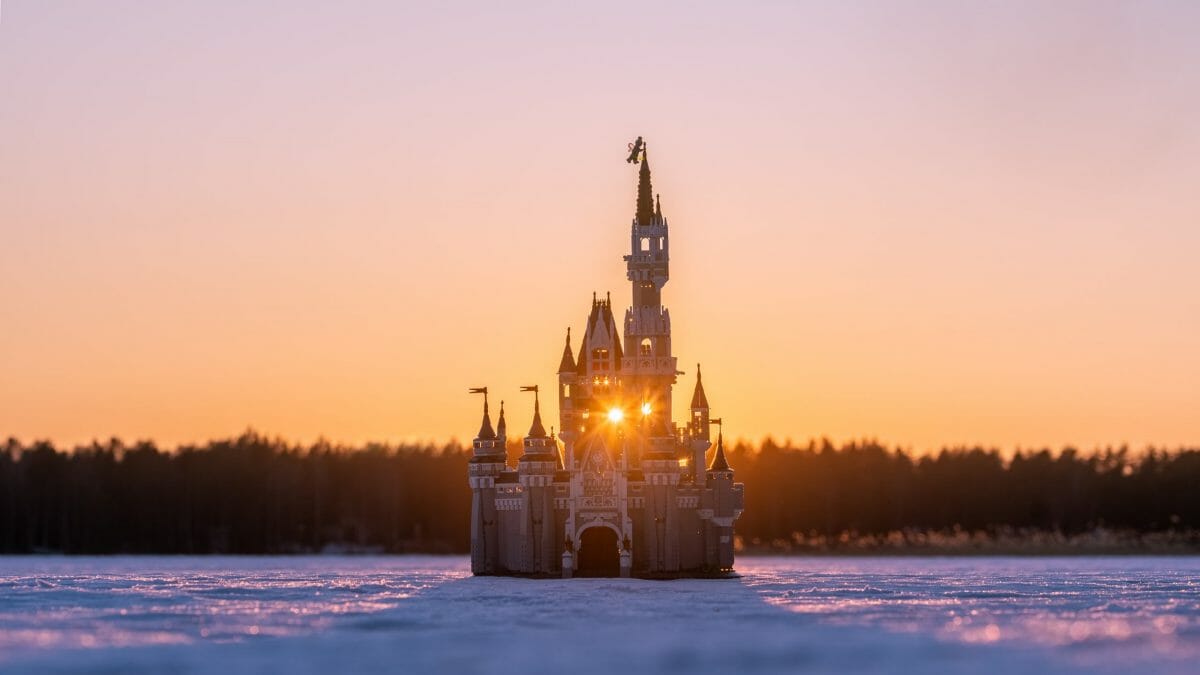 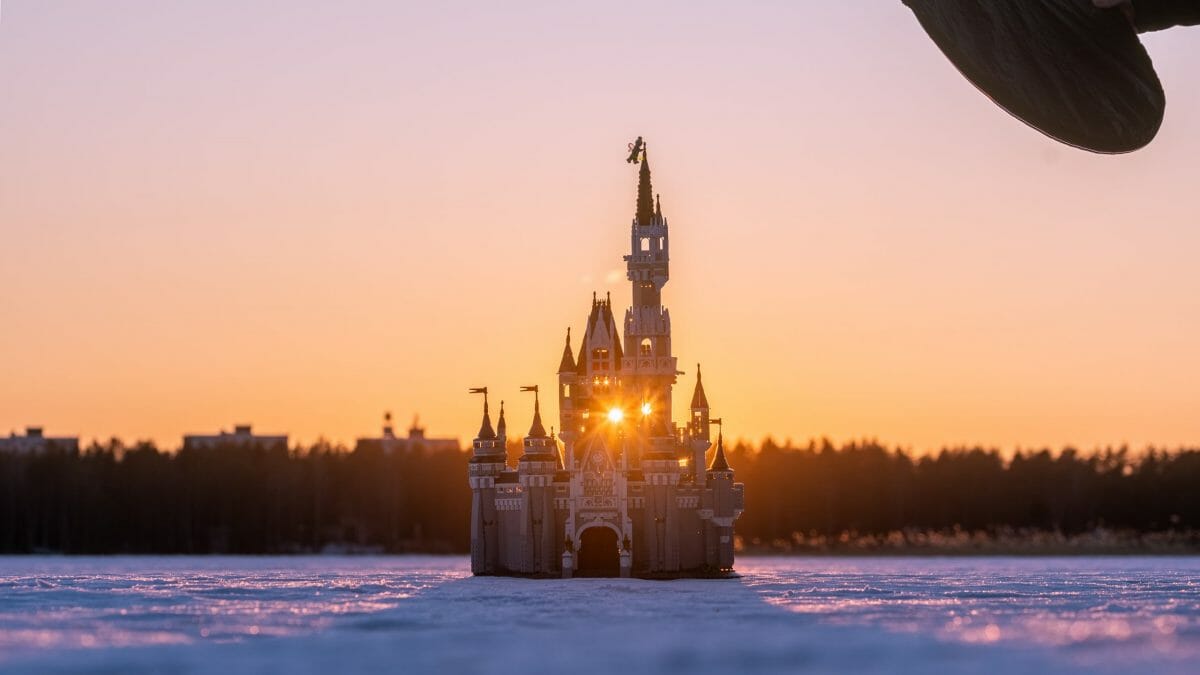 Finally, a key difference worth mentioning when using a longer focal length like with my macro is the distance between the camera and the Castle. Here’s my setup in both cases:

Here are the main lessons I learned from these different projects and challenges with larger toys.

Do you also have experience about photographing large toys outside? I’d be interested in knowing what others advice you might have.