When Stuck in Plastic asked for candidates to write a review for the new Disney CMF series, I only thought about Jack and Sally, and how (or whether) they could live happily ever after.

Jack comes with his longbow tie and the bottom piece of his tailcoat. Sally has two faces, one with a smile and the other with a quirky smile.

Jack Skellington, the Pumpkin King of Halloween Town has been my most favourite movie character since 1993, when the movie Nightmare Before Christmas was released. For me, he is a manic-depressive superhero: entertaining and charming at times, yet emotional and lost at others. Everybody loves him for what he is, and they expect him to always behave the way he is supposed to: preparing for the next Halloween, with “only” 364 days left.

However, deep down, he is not happy with his life and is searching for meaning. In his search, in the dark forest (of his mind), he accidentally falls into Christmas Town, and finds out that he could be much happier… Only if he could make a small adjustment to his life: become Santa, that is.

Sally is a creation by Dr. Finkelstein, the mad scientist. Her body is made up from various parts stitched together. She brakes easily but she’s also “strong enough” to recover (stitch back) herself. Sally is (trying to become) an independent woman, always preparing a “sleeping soup” for her creator to sneak out of town and to see Jack. She is clever, she knows very well from the beginning that Jack’s plan to become Santa would not work and tries to stop him. But she cannot make this stubborn man listen to him.

Sally is shy and deeply in love with Jack, and it is as if she would become “human” through her love: just like Pinocchio wants to become a real boy. And in the end, Jack is a hero again, successfully saving Santa and Christmas. But as always, there is a woman behind; even if it is with only one leg – or one arm for the purposes of my photo. 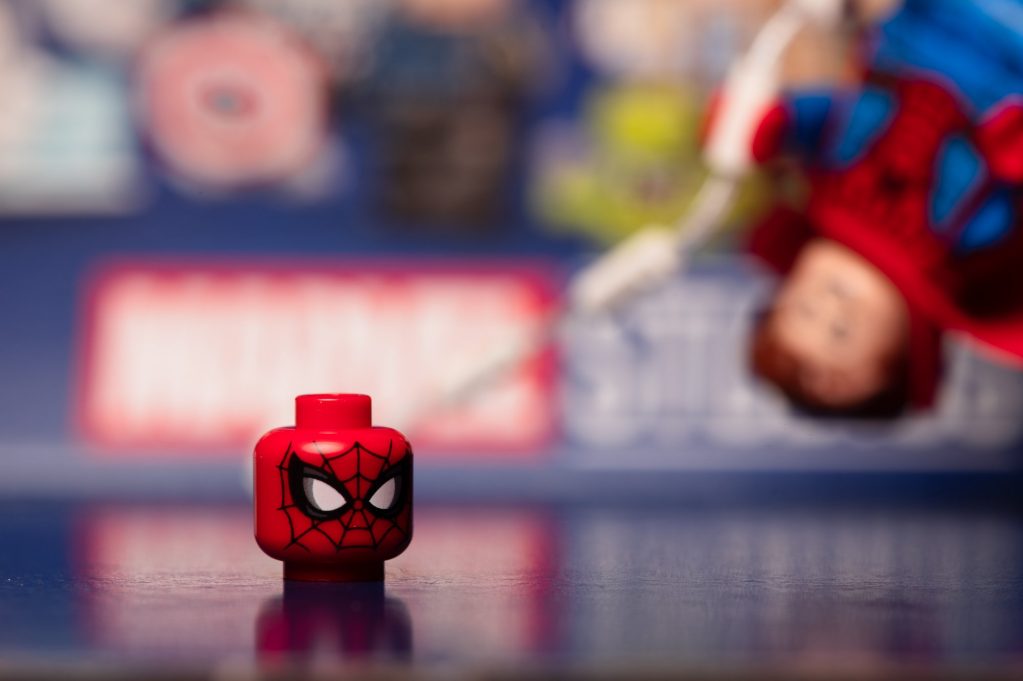 I love the little story.
Jack and Sally are for sure my favorite as well.
And the Bokeh. I love the bokeh in the first image.
They for sure will live happily sad together.