Annie Leibovitz is an American photographer, most well known for photographing John Lennon on the day of he died.

She made her debuts as the chief photographer of Rolling Stone magazine, her career led her to take photos of celebrities for the cover of magazines like Vogue and Vanity Fair. From touring with the Rolling Stones (the band this time) in the to the controversial photo of Miley Cyrus in 2012, without forgetting the iconic photo of John Lennon naked next to Yoko Ono, taken a few hours before being murdered.

In the spirit of Steal like an Artist, I tried to look around what defines Annie Leibovitz’ photographic style. One key feature of her studio portraits is the heavy usage of very soft light and Rembrandt lighting by placing a big light source close to her subject.

If you want to learn more about technicalities regarding her style, there are many people who talked about it online (way better than I could ever do). For example, there’s an article on Fstoppers, a three-part blog series (1, 2 and 3) and several Youtube videos.

Imitating Annie Leibovitz with toys, and in particular with LEGO, is not so easy.

Plastic doesn’t reflect light the way human skin does. Moreover, a LEGO Minifigure (or Minidoll) is relatively flat and smooth. There aren’t much of facial features (like a nose) to create interesting shadows. And plastic is subject to create disgraceful reflections. This is a problem the creators of the LEGO Movie ran into.

(And while are made of a less shiny plastic than Minifigs and have more facial features, I still occasionally run into the same problems.)

Although I find the type of atmosphere found in many of Annie’s work truly inspiring, it’s not something I’ve ever desired to include in my own photography. Maybe this week could be for me to experiment with Rembrandt lighting with Minidolls?

Have you ever tried to imitate studio portrait lighting techniques, like Rembrandt lighting, with toys? If so, do you have tips to create interesting shadows and cope with disgraceful reflections on Minifigs heads? 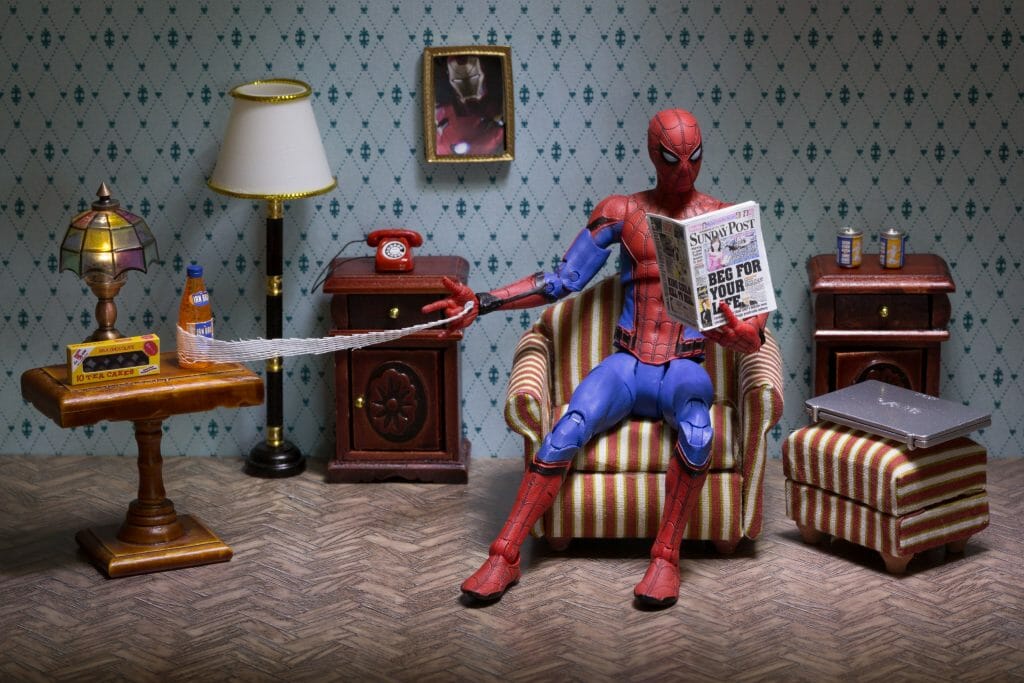 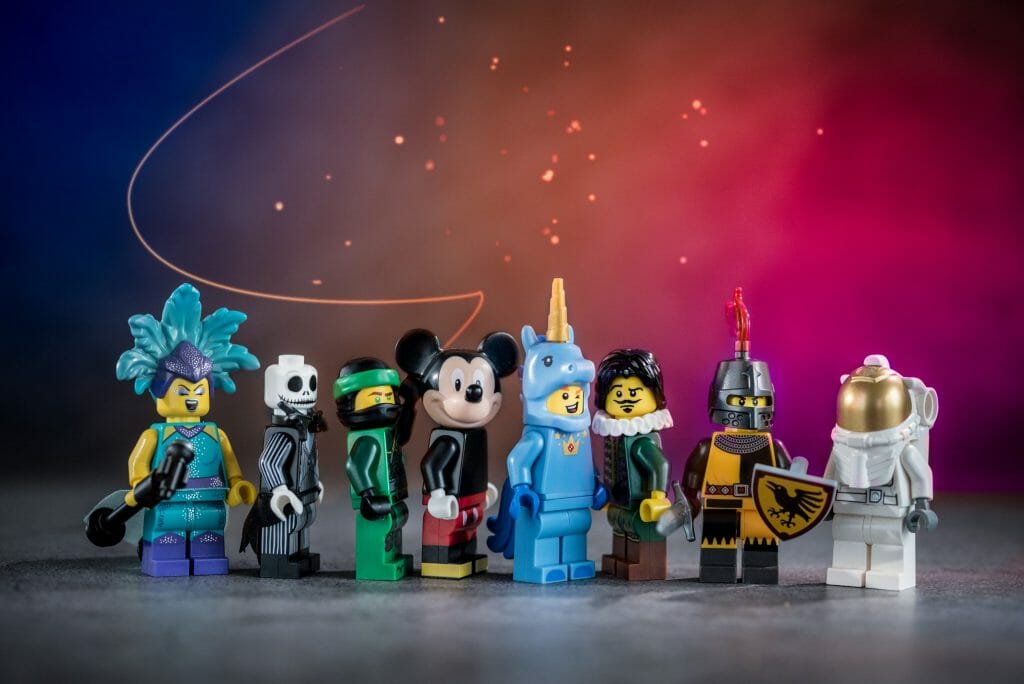 this subject has been haunting me for several days, even in a dream. I dream about the settings of light, Oliphant backdrops, and the photo set, but interestingly, I do not know what figure I photograph in my dreams. What’s worse, I still don’t know exactly when I want to go with this one, because my idea is still vestigial. So it will be a big challenge! I’m no expert in lighting but I use a tissue to soften the light and it works quite good too when I want to avoid reflections, altough I’m not an enemy of reflections.… Read more »

Using a big diffuser makes the trick, but then for Rembrandt lighting, you need also some kind of directional light. Also, using a large reflector is not easy outside without someone to help :D

I took a couple of indoor photos yesterday but haven’t had time to look at them yet. Maybe I’ll write about it depending on how successful it was :-)

Well I can’t imagine shooting Annie’s style pictures without an army of assistants, just like in her case :)
Fortunately I have a Third Hand Tool! But I use it mostly indoor.

Yes, of course, we can , and we handle that by ourselves, which is clearly visible in our pictures. I was just joking :)

Altough it would be rally funny to see dozen of people around one minifig :D

You mean like this? https://www.instagram.com/p/BoTvuXzhQp4/
Night time photography at a toy safari and everyone lends their phone camera light :D

You’re right Maëlick, no need for big stuff. I use a shoes box cap as reflector, which is about 3 times bigger than the one we were using at the studio if you compare to life size.

hahaha! was thinking about just the same thing when I was doing some research about Annie’s set-ups, lighting and stuff. When I saw all these lamps, large reflectors, backdrops and assistants I was like: wow, I’m happy I’m shooting 4 cm people! ;)

The LED panel I’ve used for my photo for today’s post would probably be twice the size of an adult if scaled to a human being. That would be a pretty big softbox… But from my tests, the result is still not comparable to what can be achieved in (non toy) portrait photography. No idea if it’s because of my limited skills, or because of how differently ABS plastic skin and hair reflect light compared to real human skin and hair :/

Maëlick, you get quite a good result with your combination of pictures.

I think the solution is the use of small reflecting umbrellas, in order to soften the light.

This requires to drink some cocktails before, to get the umbrellas, then paint their  inner side.

The plastic of minifigs is clearly a big problem when trying to apply human technics.

Our skin reflects, and absorbs at the same time the light. Mate and soft plastics (the kind of Barbies as an example) are closer to our skin, as far as I remember.