Now what is a cliffhanger?

If you grew up like me with folks around you looking at soap series like Dallas, Dynasty, The Bold and The Beautiful and Neighbours you must know what cliffhangers are. These final moments hoping to lure you back in a next episode. Keep you coming back for more. Not zap away or turn your attention anywhere else.

Now, cliffhangers are not something new. They go back to the olden days, and one work that is worth mentioning here is One Thousand and One Nights which has Scheherazade telling a series of stories to King for 1001 nights, with each night ending on a cliffhanger in order to save herself from execution. Talking about captivating your audience.

The origin of cliffhanger.

The term “cliffhanger” is considered to have originated in the late 1800 when Henry Knight was left hanging off a cliff in the novel A Pair of Blue Eyes.

Back to our story

But wait, what happened last Sunday to our ever-developing story full of winter waits and cliffhangers alike. We ended up with a ticket in the middle of the story, so let’s wind back up and start where set 10259 let us wait for more.

In the first episode of our Advent we found ourselves in the midst of the Winter Village Fire Station and left the story hanging on the cliff with a mysterious red telephone call. Not that much later we bumped into Buss 318 in the middle of nowhere and found ourselves drinking some Santa’s Eggnog and looking at a mysterious ticket. Ticket 0937 to be precise. Our ticket vendor was last seen waiting outside the railway crossing holding this mysterious ticket.
Was there a train coming?
Was there more to it?
Maybe it was the golden ticket of Charlie and the Chocolate Factory?
Or the secret ticket to the Santa Train?

When our train ticket sales man turns around, his favorite Winter Village Train Station has mysteriously disappeared and made place for a mysterious woman. Looking at him from the other side of the tracks…

who is this mysterious Lady
Is Amy the short of Amelia?
Is she the wife of Mister Kringle?
Or just an innocent bypasser in a bigger story?
Time will tell, but she is for sure part of the LEGO set 10254.
A set with 734 pieces and certified for age 12 plus.

Who is this conductor?

The build of set 10254 Winter Holiday Train is great fun. It comes just like the Winter Train Station with two booklets so you can build together with the younger members of the family. We did some knolling to get us started with the bags called two…

And before you knew the party is in full swing …

To Buy or Not To Buy

If you are into Xmas trains running around the Xmas tree, this is a must buy. I bought the Lone Ranger 79111 Train to run around our Xmas tree for years (yep, more on that later, maybe :) but looking at the potential of Train 10254 this one is a winner in my book. Available in the LEGO shop for 89 EUR give and take today.

Train 10254 has been the cliffhanger to take us to the next episode of this Advent adventure. As soon as our train conductor B. took the ticket, some strange magic started to happen…

Is Xmas just around the corner?
Stay tuned.
This is a cliffhanger post. 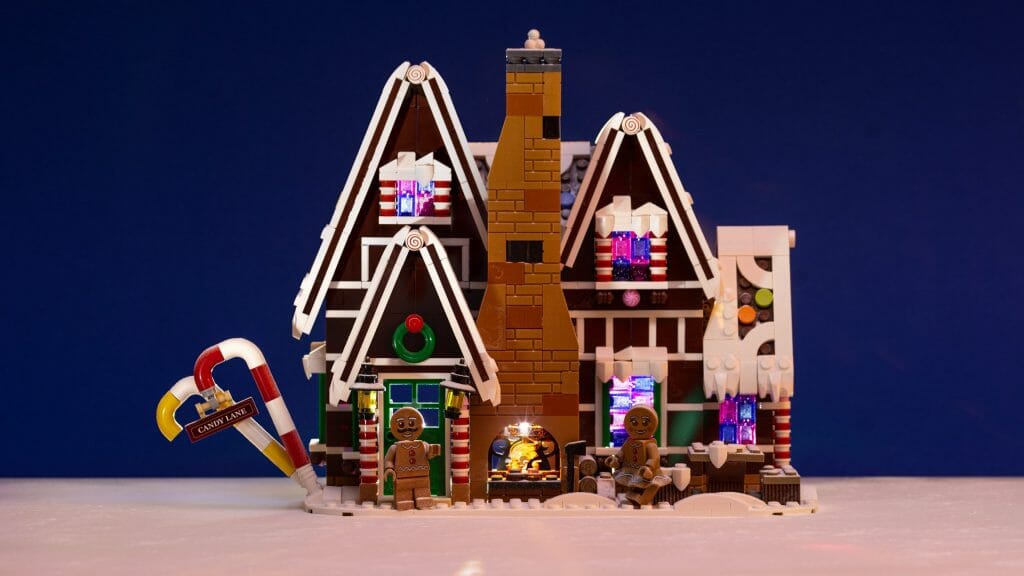 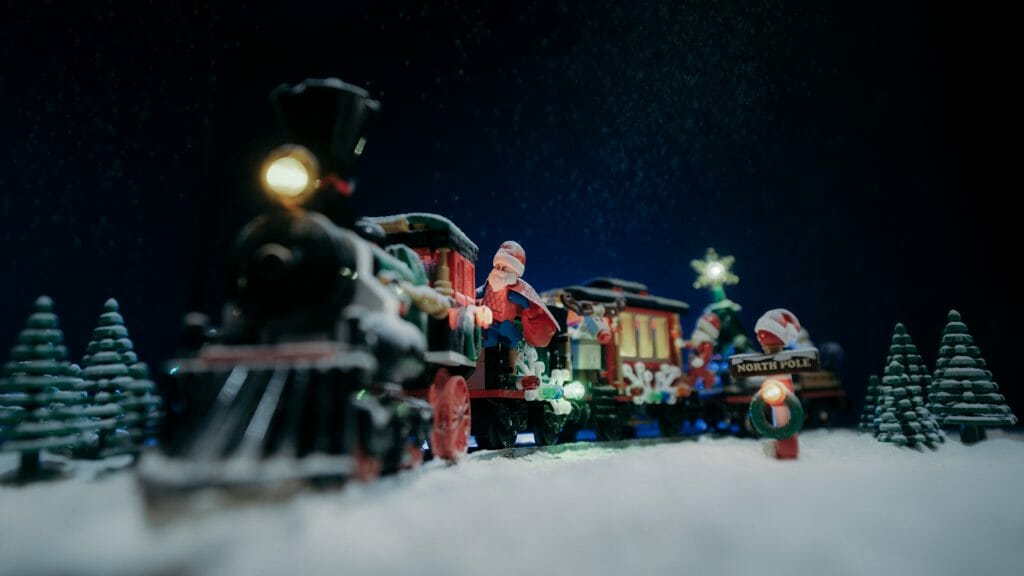 Oh, more eggnog until we find out then. Or playing with the fire engine? And the robot? Maybe all. Maybe Miss Amelia is into toyphotography? And the mysterious ticket will take her to the next safari??
Can’t wait to find out…

Ahh. Only time will tell. The fun part is that these comments actually do influence the story. You are part of the creative process.  And interestingly enough I had to research eggnog (wiki link here) as I did not know it.  Eggnog /ˈɛɡˌnɒɡ/, egg nog or egg-nog, historically also known (when alcoholic beverages are added) as milk punch or egg-milk punch, is a rich, chilled, sweetened, dairy-based beverage. It is traditionally made with milk, cream, sugar, whipped egg whites, and egg yolks (which gives it a frothy texture, and its name). In some contexts, distilled spirits such as brandy, rum,… Read more »

The Christmas train is one of my favorites as it’s the one which made me start collecting the Winter sets in the first place. I wish though I would have enough space for a city train layout :/

You have the full living room :)

Not really, the floor of my living room is already filled with LEGO