The new LEGO Ideas Once Upon A Brick set 21315 is available on the shelves today. King Kalle and Queen Victualia could not resist and their own copy for their royal library. They both love a good and have a special place in their heart for historical books and modern creations alike.

The book is created by Fan designers Jason Alleman and Grant Davis. Their names are on the cover of Once Upon A Brick. The book has been co-authored by Alan Talbott and Crystal Marie Fontan.  The official LEGO designers taking the LEGO Ideas into a production set. Their images can be found inside the booklet accompanying the book.

First impressions of the LEGO Ideas box is that it is not the box we used to see for LEGO Ideas. It is a classic paper box you keep for posterity, and so the unwrapping went pretty fast. I am not sure if I should be disappointed. Or happy as the money went onto what is inside the box.

A grand total of 6 plastic bags, two brown plates and a 150 page manual are included inside the box and Kalle and Viktualia could not wait to get building.
And the good thing is there is not one single sticker in the box.

Building the book is great fun. The first two green bags contain the outside cover for the book, and it is only as of bag three you bump into some of the characters inside the box. Please note that King Kalle and Queen Viktualia are not included in the box. They bought the actual book.

The box says 12+ and while you need to keep your head around with some of the greenery, this is a pretty straightforward fun little build without the complexities one can find in Woody’s new ride. The cover of the book really feels like one of these old rugged leather books, and you will enjoy the result once you hold the copy in your hands.

Little Red Riding Hood is according to Wikipedia a European fairy tale (read fiction) about a young girl and a Big Bad Wolf in a pink pajama. Its origins can be traced back to the 10th century by several European folk tales, including one from Italy called The False Grandmother (La nonna), the best-known versions were written by Charles Perrault and the Brothers Grimm. The story has been changed considerably in various retellings and subjected to numerous modern adaptations and readings and it is up to you as the storyteller in this book to come up with your own version of the fairy tale.  Little Red in this book has a beautiful dress (remember the polka dot dress of Mimmi) and a most interesting headpiece. It would have been nice to find another set of small junior legs we got in the HP series, but we had to settle for the static ones.

The beauty of this book is the genuinely creative way how the scenery up into a book. It is amazing and a true inspiration to do more. Much more. But more on that later. For now, we can just say this really feels like a book.

Jack and the Beanstalk

And it continues. The book is full of magic because once you completed bag four, bag five and six tell you the story of Jack and the Beanstalk. Another fairy tale. At first sight, a much more recent story which appeared as “The Story of Jack Spriggins and the Enchanted Bean” in 1734.

However, according to researchers at the universities in Durham and Lisbon, the story originated more than 5,000 years ago, based on a widespread archaic story of a boy that stole Shrek’s treasure.
Did anyone see Fiona?

Once Upon A Brick

An amazing, never-ending book. And a very inspiring set for all to explore. From discovering old lores and fairy tales to telling your own. For me, Once Upon A Brick is an inspiration. One I hope to use in next weeks word here on SiP goes 52 and build my own inspirational story featuring King Kalle, Queen Viktualia and their little Princess for SiP_Inspiration. And Queen Viktualia was my inspiration for SiP_Love this week, so in a way, the story continues.

Did you already buy the Once Upon A Brick book?
What were your thoughts?
What story would you tell if you get your hands on the
Be our Inspiration … down in the forum/comments. 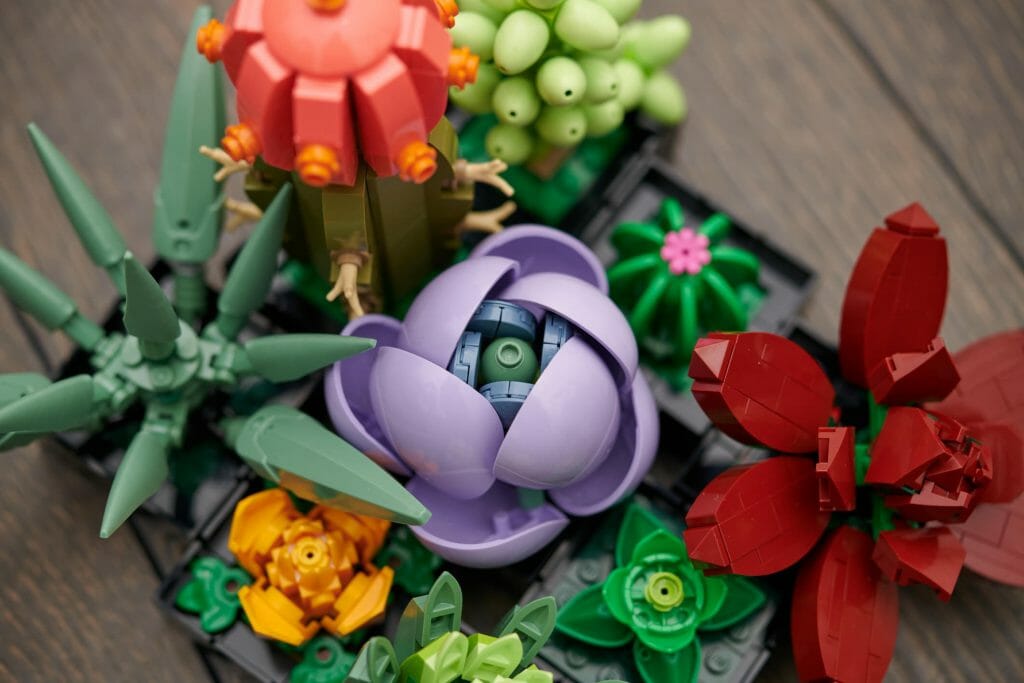 Wooooo!!!! This set is incredible!
I love everything : the idea, the look, the minifig (the wolf!!)!
Too bad I’m doing only skeletons haha!

I can’t wait to see what you will do with it!

Maybe we should buy you one for Christmas :D

Hum…maybe I will add it to my Christmas wishlist :p

This is a great set. I love the idea and the look of it. It’s an awesome addition to my collection.

Did you try to build a custom scene already, Julien?

Same here. Key challenge is to not just build a great photoshoot, but also be able to fold the book with the scenery inside.

But it is a challenge I still want to complete.

BTW, just in case you missed it, LEGO Ideas is throwing a fantastic challenge. Full details on their challenge page and the first price is pretty awesome: https://ideas.lego.com/challenges/99a66402-19d3-4c70-a631-2d56b59a062b