This article is part of our series of reviews related to Potter and the Wizarding World Minifigures. Thanks to the LEGO Group for providing the Minifigures.

Did you know that Rock and Roll is forbidden at Hogwarts? Officially it’s because loud music could make the walls of the castle crumble… but there are rumors that the truth is Professor Dumbledore hates loud music. He only allowed once a concert from the Weird Sisters during the Yule Ball because of the special occasion that the Triwizard Tournament was.

So what does a Hogwarts’ resident, craving for good music, do when it isn’t allowed? He runs into the Forbidden Forests and jam for the pleasure of the wild creatures living there!

Dobby and the Wizards

But very soon, other Hogwarts residents started to notice the little Free Elf’s new hobby. First Professor Alastor Moody stumbled during one of his walk in the forest, upon the Elf rehearsing.

It quickly became obvious that they would need to find more people so they could become Hogwarts’ first Rock band. Fortunately, Mad-Eye knew another professor proficient with the Guitar…

But what about a singer? None of them had a voice pleasant enough for singing. Also, none of the other professors were interested in trespassing the interdiction set by Dumbledore.

It’s with the help of her divination skills that Sybill found the missing member for their unlikely band in the making. It appeared that one of the students from Ravenclaw was the ideal singer…

And so here it was, the very first Rock band formed at Hogwarts: Dobby and the Wizards.

The Story behind the Story

When we received the new Harry Potter Minifigure Series, I selected four out of the five characters I was most interested in acquiring. (Can you guess who’s the fifth?)

For this creative review, I wanted to not rely too heavily on the (awesome) new accessories included with the figures. I also wanted to avoid taking simple photos of individual characters. So how to come up with a story that would bind all these characters together?

It all started when I realized that the new wands, included in two copies with almost every character, could act as the perfect LEGO drumstick. So I gave Dobby two of them and decided to re-enact a little story from last year.

The problem with Dobby

The only “old” Harry Potter minifigure I had before was Dobby. Although I wouldn’t necessarily choose him as my all-time favorite Harry Potter character, he always has been the one I was most interested in incorporating into my own photography. So I was very eager to discover the updated version from this new Series.

Unfortunately, I’m a bit disappointed. Although the minifig is splendid, the head mold looks wrong to me. It’s too big and should have been smaller.

That said, I love the print on the body, the dual-molded legs and the material used for the head. I think it’s a great minifigure and definitely one of my favorite from this series… But it just doesn’t look like Dobby to me.

I don’t have much to add about the other characters, except for Trelawney’s robe. While everyone seems excited about the new movable medium-legs, I’m glad LEGO finally decided to make a specialized element for the robes.

I often photograph the Snow Queen, and I’m often frustrated by the slope piece used as legs. First, it often falls off while the minifigure stays secured in plastic containers during transport. Second, and more annoying, sometimes there is a small gap between the slope brick and the body.

I really hope that this new piece will be used for all future minifigures wearing a robe! (And LEGO… if you read this, can you re-release the Snow Queen with the new robe mold, pleeaaaase? :D) 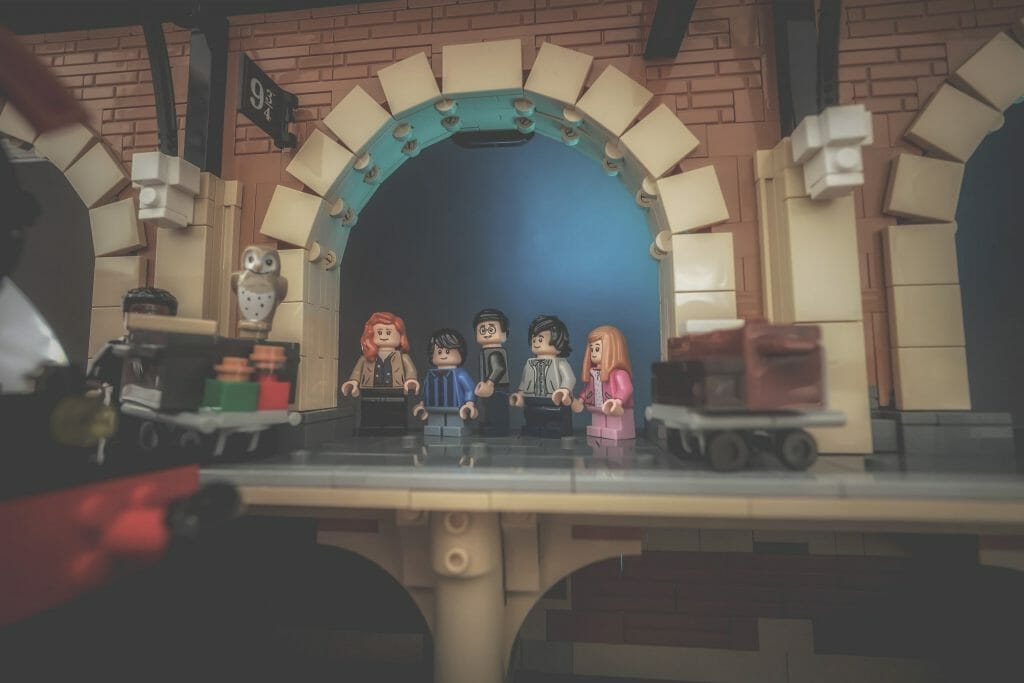 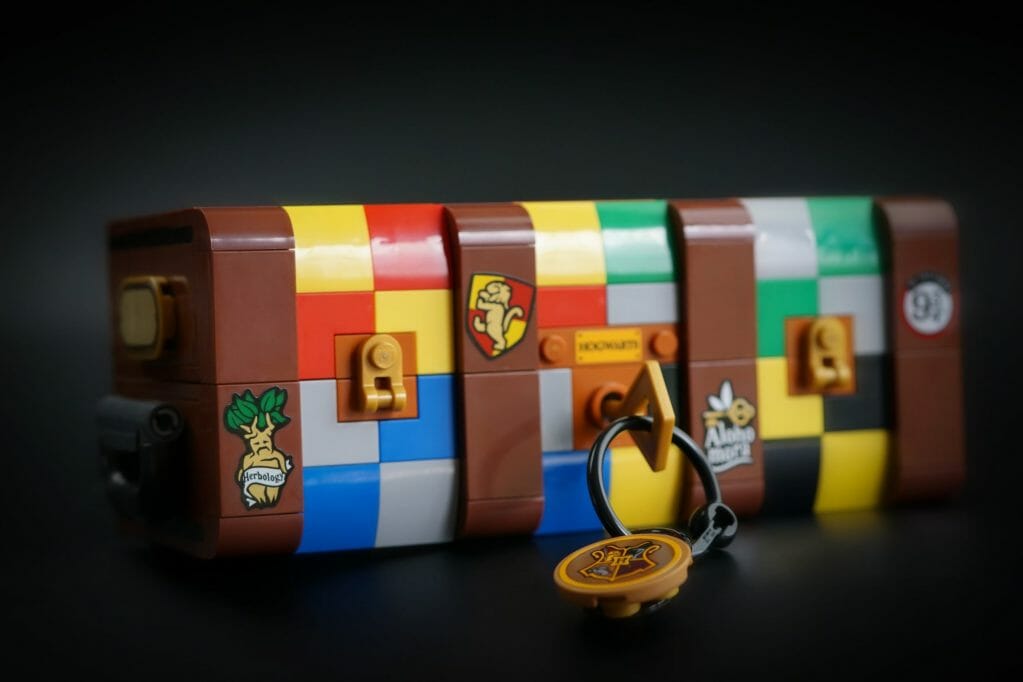 Awesome story. I just loved it. This is one of those that would make great bed time reading for young Harry Potter fans.

And it is fun to see how different pieces mean different things. Bevvy found the harp, you like the robe piece, and I got charmed by the teenager legs while I did not see the value of the robes.

This was so much fun to photograph and format as a story… Maybe I should challenge myself more often with this kind of silly story :-)

I think it is a great idea to have a full story, an inner monologue, …
Maybe we can squeeze that in somewhere as an extra challenge. Maybe …

Silly story? Far from that! I love the story of how the Dobby Hendrix Experience came about ;-) I’m totally not aware what those older HP figs look like but the latest series really got me hooked.

I also love the story, but it doesn’t mean it’s not silly. Silly isn’t necessarily a negative word to me :-)

I love “silly”.
A more mature word I discovered is “whimsical”.
Just saying. Not being silly here :)