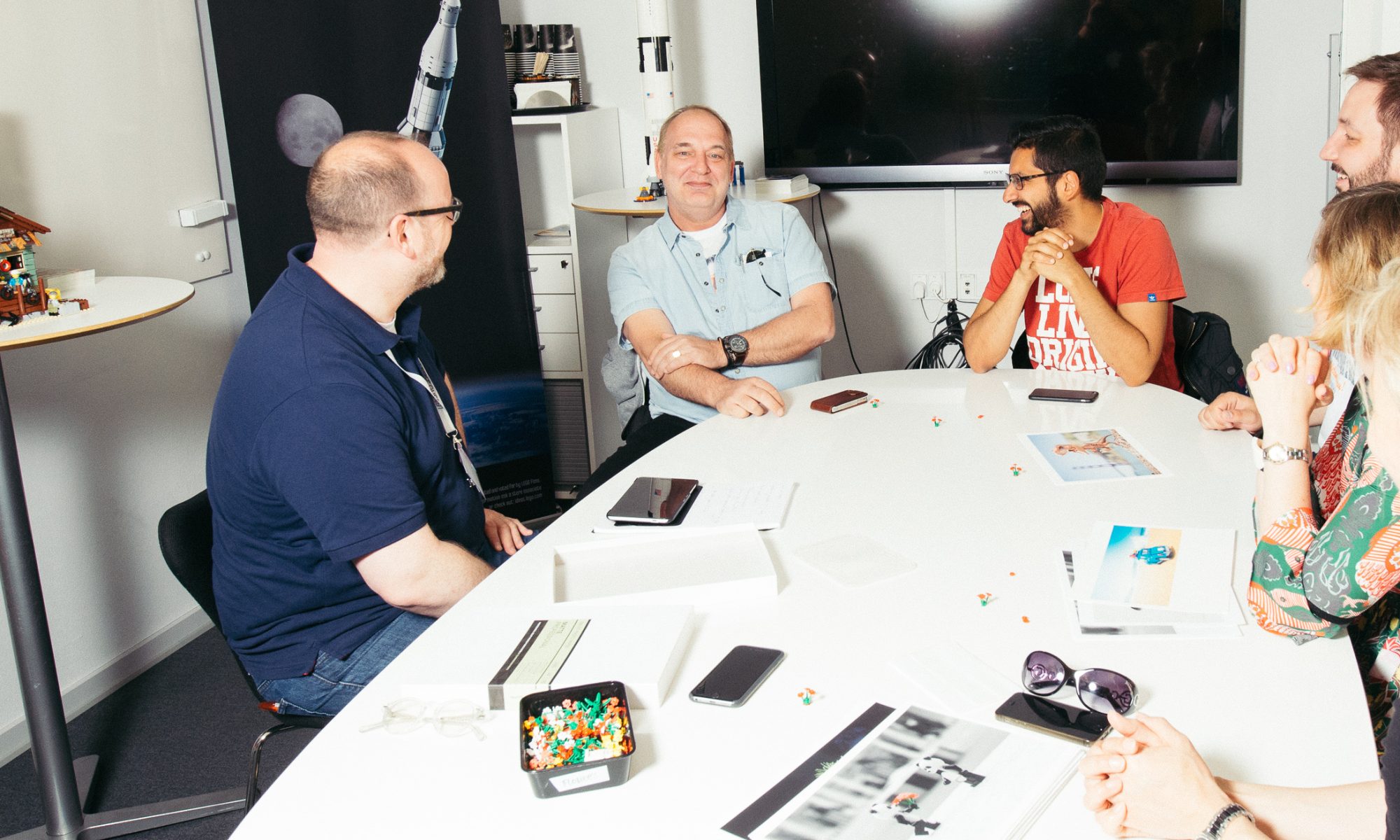 A must have iconic set.

When LEGO revealed the LEGO Ideas Old Fishing Store on the first night of the RLFM days, we knew we had just laid our eyes on a most gorgeous, iconic set. A collector’s item in the making.
Most probably one of the best sets of 2017.
A toy photographers dream.
A must have.

So, when we met with the LEGO ideas team the next day for our 30 minutes fame with the LEGO ideas developers (real journalists call it an interview, but we are creative photographers), we were happily surprised to meet Robert Bontenbal, the original fan designer side by side with the in-house LEGO Ideas team.

We discussed a variety of subjects in the 30 minutes we had together, ranging from everyone’s favorite set over the LEGO flower challenge (more on that later) to the Saturn V which kind of dominated the room.

And then there was Robert.
A warm-hearted Dutchman, who has a passion for LEGO.
A passionate designer who build his own Sea Village of which the Old Fishing Store was part of. If you want to see the full village, have a look at Robert’s Flickr page.
Robert shared with us how his village is an evolving project, and told us how the Old Fishing Store was created.
First, there was a mood book to collect some initial sketches and the colors. Colors are key to get the mood right, according to Robert and we could not agree more.
Then there is the whole process of designing the house in CAD.
And finally, the actual brick building process starts.
From ideation to final build took six months.
Talk about a project.

And when you look at Anton’s Old Fishing Store, that was six months well spent.

Your Own Signed Copy

If you want to get the chance to meet Anton’s godfather in person and get a signed copy of the Old Fishing Store, then now is your chance.

Robert and Anton are taking a tour around Europe and will be signing your exclusive copy ahead of everyone else this week in London, Paris, Berlin, and Copenhagen.

Here are the exact dates and times:

Now, that is not all.
The great folks at LEGO asked us to get you all participate in the fun and show Anton (The Good Old Fisherman) your place of the world and have the chance of winning a full set of, yes, the LEGO Old Fishing House, but more details on that later this week.
For now, if you go and meet Robert and Anton, don’t forget to tag your images with #whereisanton and start thinking where you would want to take Anton to.

Let us know in the comments below and we may have a (limited) surprise for you.

Ooooh, I have so many great idea in where to take him! I really am interested in this set and want to get it ASAP! Hope I might be able to win. Robert did an exceptional job building this set! As said 6 months well spent!!!

I also think he should consider putting the rest of his village on ideas, that would be awesome if he did that!

I think Anton would love to come to the Lake District with me next week! I’m sure he could find a good spot for some fishing!

(Seriously though, this set is so beautiful and full of detail! I possibly want it more than I even want the Ninjago modular!)

Anton loves fishing.
And his cat.

For sure you will be able to explore the full details of Anton’s Old Fishing House in Scotland, as we will bring Anton and his crew along to the green fields and lochs.

I am sure that Anton would love to have his old fishing store in many of the small towns on the mountains of southern Utah. Many places such as Duck Creek would benefit with his presence allowing customers the ability to fish many of the shallow streams with ease. It would of course be necessary for Anton to visit all the National Parks that are within a 2 hour radius, including, Bryce Canyon, Zions, the Grand Canyon, Canyonlands, and Arches; as well as a flurry of state parks and National Monuments. Fishing is not only a livelihood for Anton but… Read more »

Joe, that sounds like a massive adventure for Anton. Soo much awesomeness in one area.

Let me check with Anton if this is not too much :)

I’m sure Anton would be very happy to have his store on the shores of the royal gardens that are my new back yard. I’ll have to go location spotting for him.

That is a most iconic location, and I am sure Anton will be delighted by those.

We updated the article with the recorded interview with Robert from the LEGO Ideas live feed yesterday. I know some of you already saw it live, but still …

Just noticed this, it says there was a limited surprise, do we have to do something for that?

Where would you take Anton to if he would come and visit you ?

Lake Lanier probably, and definitely down to the beach when I go! I also have a little creek in my backyard he could fish there, or at the community pond a little ways down the road from my house! Maybe even the pool!

Just discovered a new fishing pond in my area, great place to take Anton! Can’t wait to get him

I’m sure Anton would love to do some fishing on Tamborine Mountain in Queensland, Australia, or some beach fishing at Surfers Paradise. I would so love to invite him to set his store up in my place.

Hi Ann, do you have a shipping address for us. You may mail it directly to me at boris add stuckinplastic dot com