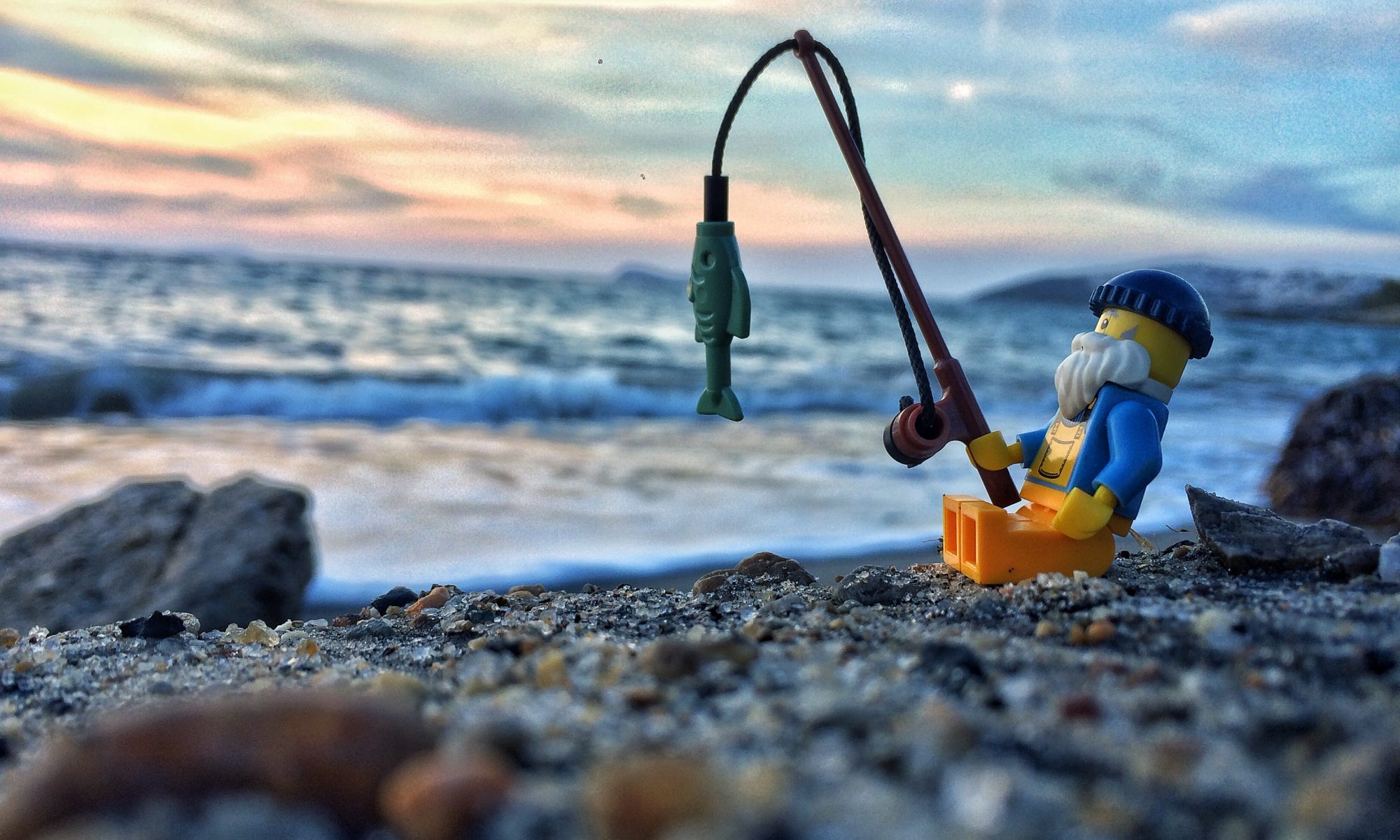 I stepped into toy photography a couple of years after I bought my first DSLR camera. Back in those days, I was walking around at least once a week, taking my own concept-photo trips in the city, though mostly taking shots of cats, graffiti and beer on the streets of Istanbul (no surprise here). After I bought my first iPhone, I became addicted to Hipstamatic and Instagram, and frankly I started to use my DSLR less often. After a while I started to buy Lego to add color to my photos, which became a big hobby of mine with almost thousand mini figures and more than three thousand Lego photos to date.

I must say I am proud with the inevitable progress I have shown during those three thousand photos. The difference between these photos must be proof of how much we progress throughout the years with each photo we take.

The fisherman from Series 3 was the very first Lego mini figure I bought. I was quite excited to take a photo of it immediately, yet it was late at night and we were in the middle of winter, so it had to be an indoor shot. Very simply, I set the fisherman on a box, just above the “sea level” (think of a shore) and he would be fishing from a glass of some liquid (think of a lake). I remember being a bit depressed those days, which explains the darkness in the photo as well as the usage of vodka instead of water in the shot glass (why I didn’t use beer is still a mystery for me).

I took this photo with an iPhone 4S. I used Hipstamatic as the camera, and I used the grunge option in Snapseed to make it look even darker and more distorted, which evidently did not go well.

A couple of days later, I took another shot with the fisherman. This time I set him up on some marbles that would look like a beach. I took this photo with an app called Leme Cam, which gave the blue colour to the table, making it look like the ocean. Again, I added some grunge with Snapseed to make it look darker. I believed that this was a better photo, yet it still has so many flaws: the head of the fisherman is cut a bit, the marbles look too bright, you can see the surface of the table at the back, etc. 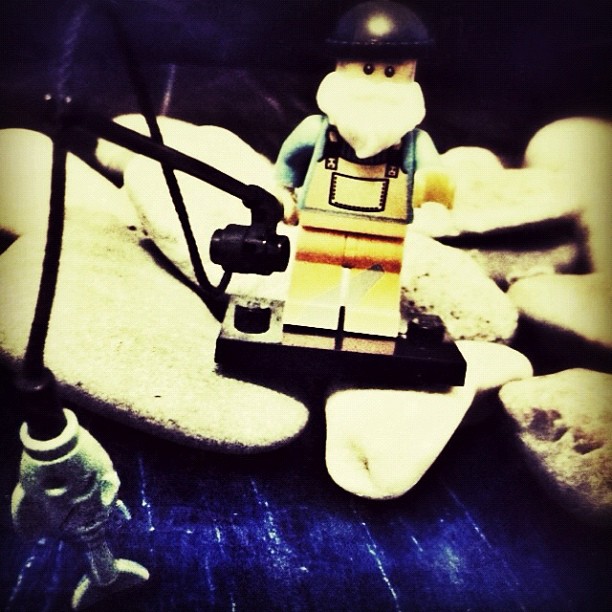 I took the following photo coincidentally a couple of weeks before Shelly asked me to write a post on my first toy photo. Here, we are really at the beach, with the waves at the back and the sun has just set. It seems that the outdoor lighting together with some depth of field helped the scenery a lot. I still use Snapseed for editing, mostly for contrasts and sharpening, while I do not use Hipstamatic or any other camera app for my toy photos anymore. This photo was taken with an iPhone 5S. 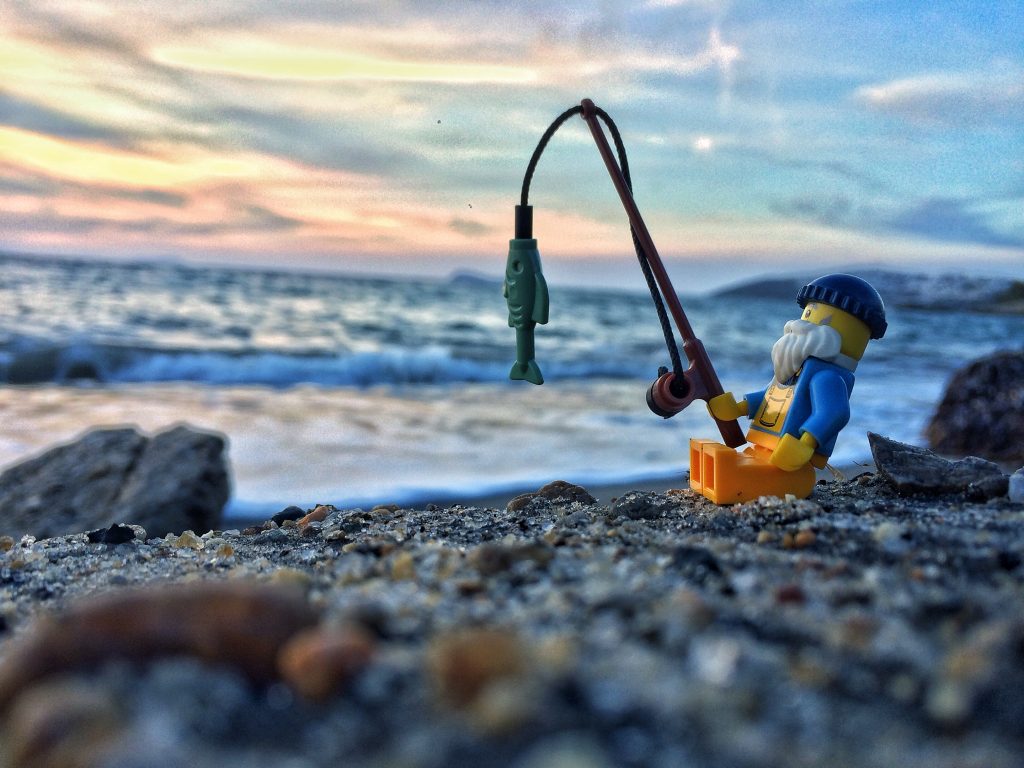 I take a lot of toy photos these days, mostly outdoors because of the better lighting as well as the backgrounds. I have about 700 photos that I have yet to post on Instagram. Some of them are probably really bad and will eventually go to the trash without ever being seen by any of you. But that’s ok, I simply enjoy taking toy photos and I relax during my weekly routine of photo walks.

Nevertheless, I still believe I could progress further with my photography skills. Who knows maybe next year I’ll revisit this post with another shot of the fisherman.

Thank you Stuck in Plastic for this opportunity.