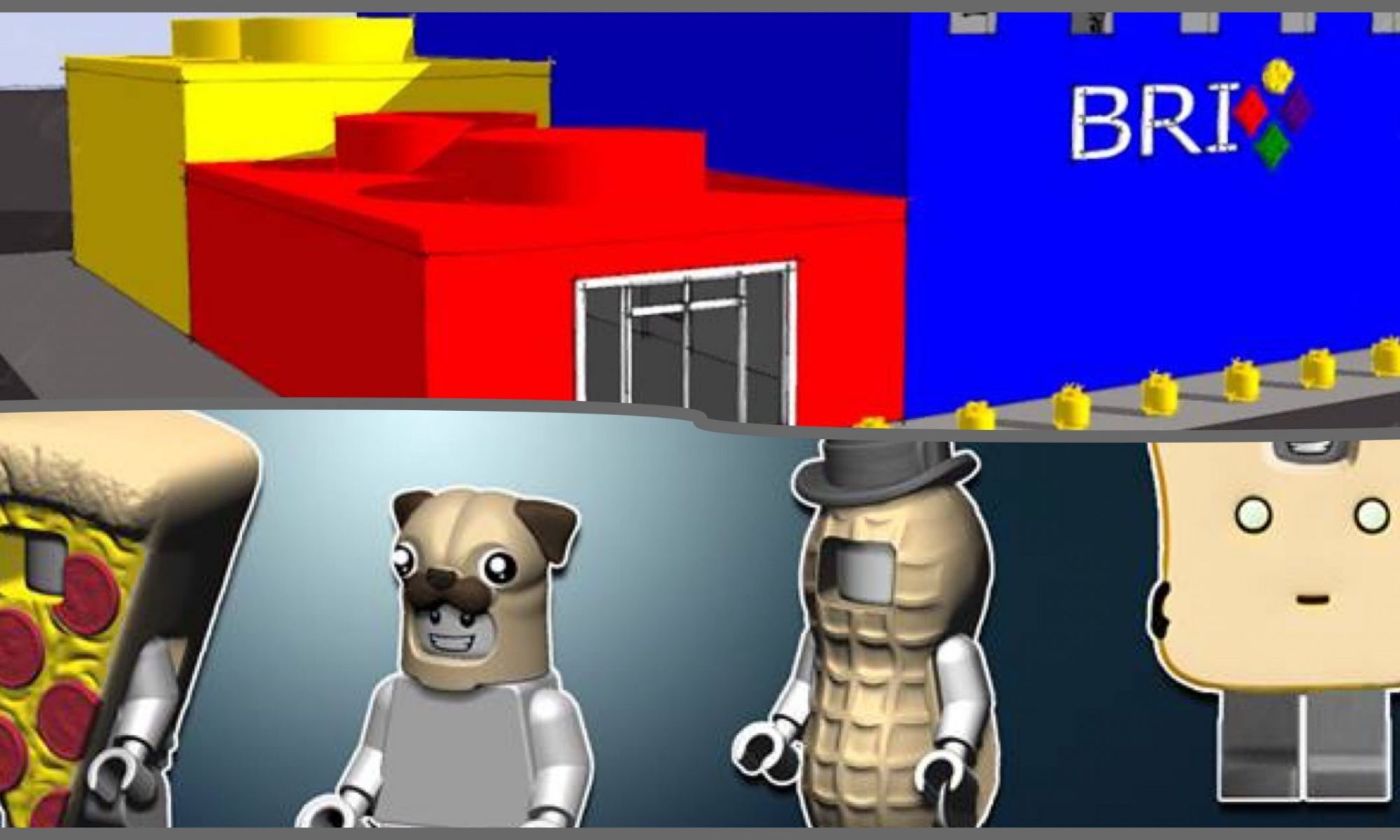 I’ve backed many Kickstarter projects over the years including a few that are toy related: Crazy Arms, Adaptalux and MouseGuard to name a few. These three campaigns have been an asset to my own creativity and I’m grateful to the Kickstarter platform for helping my fellow creative’s realize their dreams.

Today I want to bring to your attention two projects that I think are interesting: Mascot Bricks and Brix: A Lego themed museum in Portland Oregon. (Full Disclosure: I’ve backed both of these projects.)

Mascot Bricks is the brain child of Guy Himber. You might remember Guy as the mastermind who created the Mouse Guard Figures, The Mechtorians and Crazy Arms. If you’ve purchased any of these products you know that the quality is awesome. I’ve had fun with all of the products from these successful campaigns. So when Guy announced his latest Kickstarter I knew I would be supporting him.

Mascot Bricks is a set of four mini figure sized  ‘characters’’ that fit over an existing face and body (think the Banana suit guy). These figures include Gentleman Nut with his own stove pipe hat, Mr. Pug, Mr. Toast and Mr. Slice (a slice of pepperoni pizza). The photographic punch lines for these characters write themselves. Personally I’m looking forward to creating an image of a T-Rex chasing Mr Slice or at the very least a pizza party with the Teenage Mutant Ninja Turtles. If you’ve enjoyed the Hot Dog Guy, The Banana Suit guy or the Chicken Suit Guy, you will want to support this campaign. 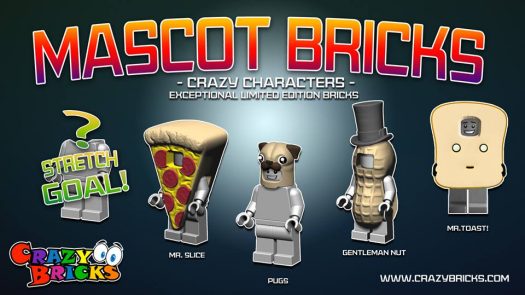 There are only a few days left to support this KickStarter, so don’t wait too long to check out the video and all the details.

I love crazy ideas and this is about the craziest one I’ve come across. Two beautiful dreamers want to start a museum dedicated to the LEGO brick in Portland Oregon. 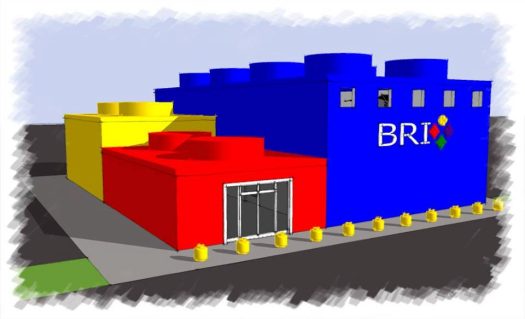 Brain D’Agostine and Erik Mattson, the masterminds behind this KickStarter plan on creating an interactive brick experience in Portland; similar to a year round brick convention. This converted warehouse would be a place to build with bricks, interact with like minded fans and learn about the history of LEGO. There would be an educational component as well as an experience component. They want to include educational displays, have a class room to help fans to improve their building skills, showcase fan builds on a rotating basis, hold LEGO themed events and maybe even display some LEGO photography.

I find this project to be so over the top, it’s absolutely fascinating. I applaud these two dreamers for thinking outside the box in a major way. I think that there is more than enough interest in this geographic area that this museum could be a going concern. I know I would make the Brix Museum a regular stop when I visit. I would love a place to get my LEGO fix more than once a year at my local convention. Sure I can crisscross the United States taking in numerous conventions, but the builds on display at conventions are often limited by whatever a designer can transport. Mr D’Agostina and Mr Mattson want to create a permanent display space that can explore the culture of bricks on a scale not found outside of a Discovery Center or a LEGOLand.  The Brix museum would be both year round alternative to the traditional brick convention experience as well as compliment it.

I have a feeling that the LEGO photography community would be welcomed at a place like the Brix Museum. Can you image a permanent gallery of LEGO related photography? I know I can!

Like all KickStarter projects you have to take a leap of faith; sometimes it works out, sometimes it doesn’t. I hope you will check out both of these campaigns and consider supporting these glorious dreamers…

…because we need more dreamers in the world.

Hi Shelly, thanks so much for your review of my museum project and supporting us crazy dreamers! You are absolutely right, we would love for not only the photography community but the wood carving community, metal working community and cast wax community to all have a part in displaying their LEGO inspired creations.

Brian, So sorry I spelled your name wrong! I guess I didn’t catch the autocorrect. :( After watching your video and seeing you comments on FB I was pretty sure that what you are offering is a showcase of all the many different ways that fans incorporate the brick into their lives. What you propose is similar to Bricks Culture but in physical form. I love your dreams and your passion! If your kickstarter campaign does not makes its goal, I do hope you will pursue your dream in another fashion because I would love to see it become a… Read more »

If Kickstarter doesn’t come through, we just start out smaller than hoped for. I’ve been thinking of a LEGO inspired art gallery for a while, this package just bundles a few more things into that idea.