It seems like forever ago when I posted our latest photo challenge : Nostalgia. It’s been a busy couple of months which accounts for some of the delay, but not all of it. It turns out that when I look closely at my life and attitudes towards nostalgia, I’m not very nostalgic.

I don’t weep over the city I live in that as changed beyond recognition in the last few years because of explosive growth. I don’t reminisce about the past and how much better it was, because I’m sure for someone it wasn’t that great. My distrust of looking backwards even colors how I approach books and movies: once is usually enough. Basically, I like to keep moving forward.

“Its not possible to go forward while looking back.” – Ludwig Mies van der Rohe

When I think about the concept of nostalgia, I think of it terms of a manufactured emotion whipped up by some advertising agency or marketing firm to sell a product. To me the idea of nostalgia is an image bathed in soft focus and golden light that looks back at a time that more than likely never existed. No matter how jaded my attitude, I do feel nostalgic for the innocence of childhood; a past filled with a sense of safety and unlimited promise; a past that either never existed, or at the very least never existed for me.  To me this is a fantasy, an unattainable childhood created by the likes of Walt Disney and pretty much every advertising agency.

I’m intrigued by how advertising, the entertainment industry and politicians continually rewrite history to fit a message that somehow we were all better off in the past. They conveniently ignore poverty, lack of education, 80+ hour work weeks, deplorable working conditions, slavery, war, genocide and pretty much everything else that doesn’t fit their convenient story. The past is never as neat and clean as we might like it to be. Life is messy and I’m pretty sure it will always be that way.

The image I wanted to create was a play on this idea that there was some bygone innocent past, a golden age where everything was better than the present. I took the image I had created using the two pandas which was itself a recreation of a scene from Toy Story 3 that was also about the past. With the help of Kristina’s children this photograph was roughed up a bit, stepped on and left in the rain. We then placed Kristina’s much worn teddy bear on the photo to represent a childhood outgrown and ultimately left behind. My goal was to create an image that played on this idea of a manufactured nostalgia; a false past that is invoked as a shorthand representation of innocence, naiveté, youth, and an unspoken promise of better times. It’s a past that I don’t believe exists, except for a few lucky individuals or in the movies and fiction novels.

PS. During the #seattetoyphotosafari, the idea of “happy accidents” came up a couple of times, both with Krash_override and Kalexanderson.  There was a time when film was king and weird things happened during the photographic process: unexpected light leaks, double exposures because the film didn’t advance, color shifts because you developed your film with the wrong  chemistry, etc.  Sure all of these can be recreated now with an app or clever editing skills, but that really isn’t the point.  It was encountering the unexpected that was fun and exhilarating!

On Saturday, after a full morning of shooting toys in the drizzle, my camera lens was starting to feel the damp. The space between the lens and filter began to fog over. It took me a while to figure out what was going on since it was so unexpected and my glasses were messed up too. I ended up taking a few photos anyway and I liked the results. I liked how the condensation created another layer to my nostalgia image. I felt like the image was behind a gauzy screen, a glimpse into a past that is a little hazy and diffused. It’s nice to know that happy accidents, while few and far between, can still happen. 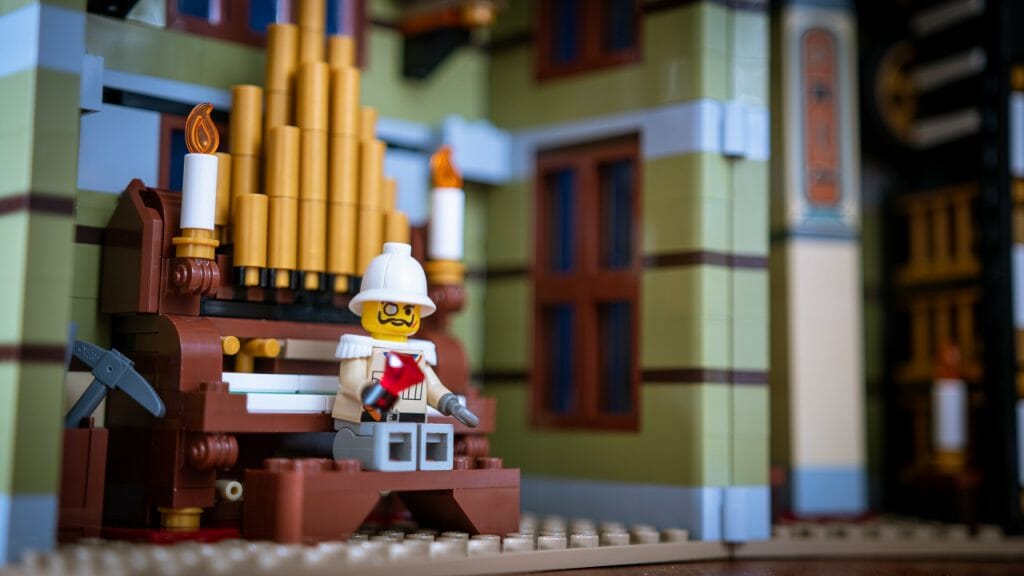 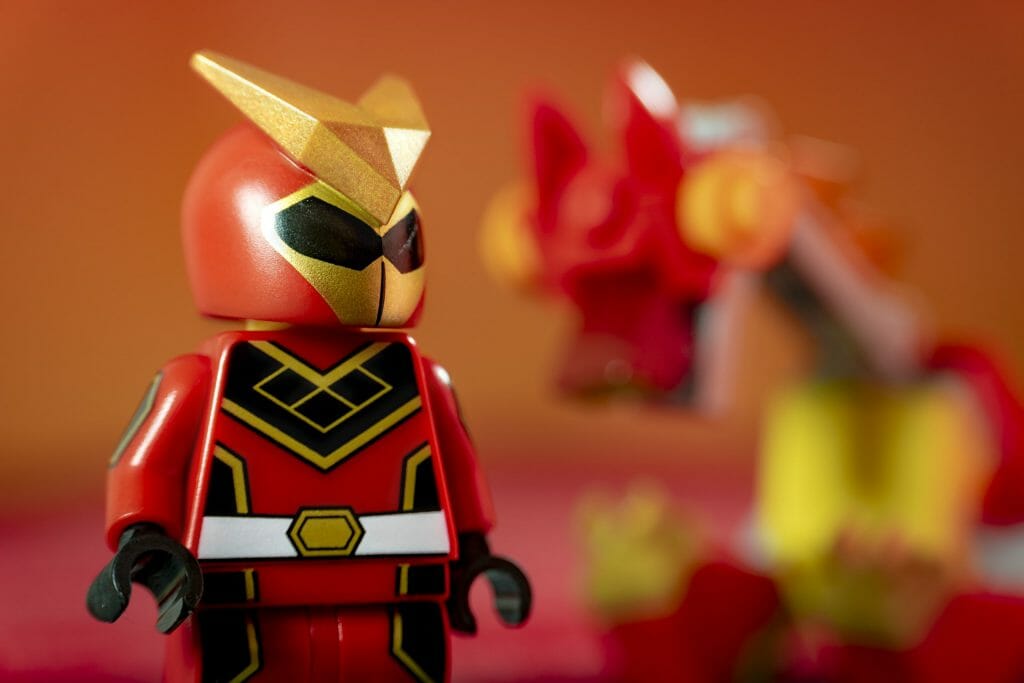 Hooooooooooooooooooooooly giraffes! This photograph is PHENOMENAL!!! It’s images and the worded content behind them like this that is the reason I subscribe here. So well done. Makes me wonder what else you would create, unshackled.

Thank you so much for your enthusiastic reply! It’s responses like this that give me the confidence and the courage to keep moving forward. I love these challenges, they really make you think about yourself, your values and how that can be reflected in art. If we want to be seen as more than simple ‘product photographers’ this is one great way to break the mold. Onwards and upwards!! :)

What if we are just product photographers though?

That is a subject of a future blog post. Im currently trying to frame the topic in a positive light. Stay tuned….

Well, the fact that you are even writing about it is a pretty good indication that you aren’t one. I’ll hold my other comments for that post.

I think it’s a fantastic photo and post Shelly! I remember reading the initial challenge for “Nostalgia” and thinking I could come up with a photo and yet somehow, I couldn’t quite put my feelings of nostalgia into a picture. I think my feelings of “nostalgia” are probably summed up in my gymnast photos, although they are probably too “atrociously cute” for some people :-)

Thank you Lynn for your kind remarks. When I first read the challenge I thought it would be slam dunk – silly me. It’s amazing how difficult they can be when you start to scratch the surface, I think you may be right about your gymnasts. They are such a reflection of who you are, it would be impossible to separate the two. Who says they’re “atrociously cute”? :) And even if they are – I think most gymnasts probably are, its in their nature. :D

I love the in camera effect! So cool and so appropriate for the subject. (Still I’m not going to try it, last time I haven’t been careful enough some damp entered inside the camera body and for a full day I thought it was dead) I’ve been procrastinating a lot with this challenge but finally got my photo this week-end. It’s also about childhood because since I went looking after my old LEGO collection to take photos, I’ve become very nostalgic about playing with toys (and in particular LEGO) as a child. So it will probably be online in the… Read more »

Thank you my friend! I certainly wouldn’t go out and try to get that effect on purpose! Ugh! Luckily qmycamera has some weather sealing so it came through like a champ! Even if you can’t actually make the image that you want to make, these challenges are wonderful in that they can get you to think about your work, your relationship with both photography and your subject, in new ways. Even if you are delayed in creating the image that is in your mind, it is there for when the opportunity arrises. I was talking to a friend this weekend… Read more »

Beautiful effect! Thank you foggy lens, haha! I’m fascinated by your perspective on nostalgia and your tendency to want to keep moving forward, as I am almost the complete opposite. I’m a super sentimental person with strong nostalgic tendencies. While there are many parts of my past I don’t ever care to revisit, there are a million other amazing parts I would do anything to relive. I think this ties into my obsession to document everything. I don’t know how much this comes out in my toy photography, but Documenter is definitely the role I slip into in almost every… Read more »

Awe, thank you so much Leila! Your comments are so appreciated!! First, I want to say that anyone who is attached to photography or documentary film making have a certain nostalgic streak in them. Or at least a desire to capture that irretrievable moment in time before it is lost forever. Besides my min figs, I document the adventures of my kids like crazy. I love looking back at our adventures together. But I notice that no matter how awful some of those times were, the photographs show us having a fabulous time. A trick of the lens perhaps? I… Read more »

Hi Leila,
I would guess that, being so sentimental, you most likely have a picture already that would fit this particular challenge. Maybe finding that one would be a good place to start with the challenges!

Loved this article on nostalgia! Got me thinking also… do I feel nostalgic?

Thanks for sharing, I love reading here ‘cuz I feel I learn a little everytime. Miss you my encourager teacher….

Thanks Ana! I want you to know that as I was semi-straddling a tree yesterday to get the right angle on a shot, I thought of you. Thanks for showing me how to go the extra mile for the shot! You’re an inspiration to all of us my enthusiastic padawan. :D