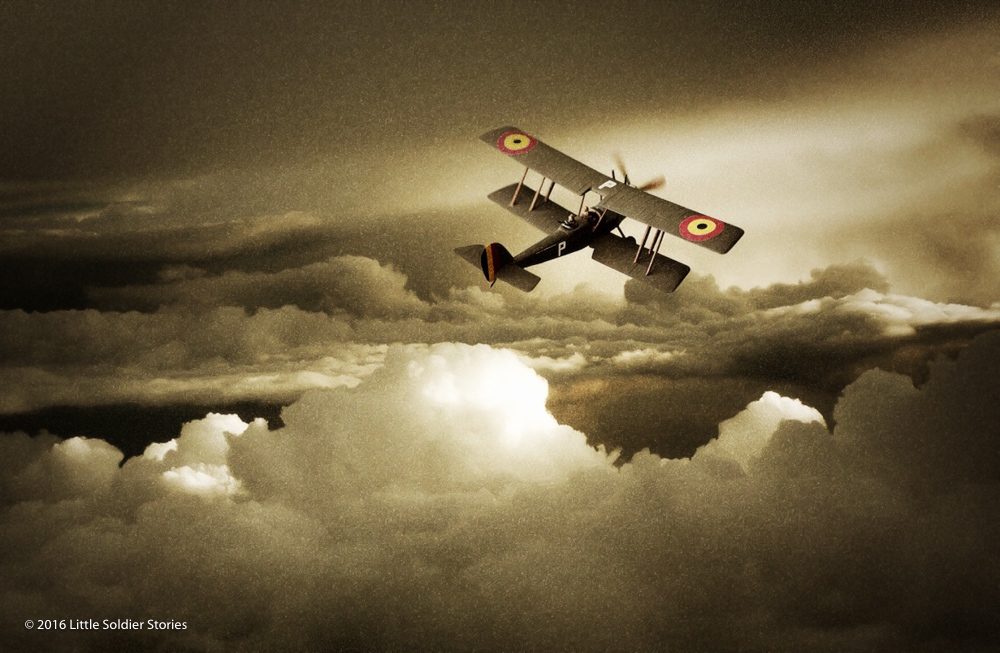 I would like to start by thanking Shelley for inviting us to participate in the 100% Stuck in Plastic “ Why” series.

I say “us” because Little Soldiers Stories is a husband and wife creative duo.

My name is Pierre-Jacques Ober, I am French/Australian, an independent filmmaker by trade. I have been to many places and I have also been many things. Anywhere I go, whatever I do, I travel with 5 trunks. A trunk full of my favorite books, a trunk full of my horse-riding gear and 3 trunks full of little soldiers, train sets and miniature cars.

Born in Sydney, educated at the Sydney Conservatorium of Music, Jules Ober is an Australian photographer, web designer, printer, multi media producer. In her own words, her work “is more motivated by a desire to share profound emotions that I believe I have in common with others than by the desire to express emotions which would be just a reflection of me as an individual.” We have 2 children ( 24 and 17 years old) and we are currently living in Melbourne.

We started to practice toy photography about 2 years ago. It all started with an idea for a present for my father’s 80th birthday. I come from a military family and I wanted to do a little series of images of my WW1 figurines and models in memory of my grandfathers, both highly decorated soldiers. My father is now 83 and what began as a little creative project has turned into a full-blown exercise in graphic novel making.

I was excited to have found a new and original way to tell a story that has been told in all shapes and forms for 100 years. Playing with the metaphor of the “little soldier”, whilst using photography to portray a period during which that medium came of age.

Basically, what started as a tribute to my grandfathers turned into an homage to all the “poor little soldiers” , the millions of ordinary men who fulfilled their patriotic duty unprepared for the horror unleashed upon them by their leaders.

I feel that we got drawn deeper and deeper into a space “in between” where the viewer does not know if he has to shrink in order to immerse himself in the picture or if he will have to grow into the picture in order to feel the immensity of the emotions at stake. Asking the eternal question : can war be beautiful? Graceful? Or does it seems that way in the safety of knowing that it is all contrived and make-believe, that the components are only toys and not really the carriers of death? Ultimately I would say that we got excited by the challenge to create a narrative through toy photography. Something which has rarely been done. Maybe never…

Toys in general and little soldiers in particular have always been an important and integral part of my life and I do hope that I will be able to spend the rest of my life immersed in their marvelous imaginary world, using them to tell stories.

I hated history at school – so many dates to remember. All concerning men killing each other in enormous numbers – seemingly with no rhyme or reason. But in the process of photographing these little plastic men I have grown closer and closer to the plight of the young men they represent and I begin to get a sense of the terrible array of emotions they experienced. To feel with them.

It must have something to do with the macro lens!

Toy photography represents a bunch of interesting challenges, but the aim for me is always to capture an emotion with each image. We work with natural light and are currently exploring the notion of time passing by photographing our subject at different times of the day. Allowing nature to have her hand in the scenes, creating an eerie reality that takes the viewer beyond the plastic edges to experience moments such as our character stepping out into the early morning light.

Awesome work! This what it looks like when you actually have a story to tell ;-).

Thank you very much Margaret ! Stories are indeed our challenge i that medium …

Wow! Very impressive. Thanks for sharing your story. Such a challenging medium, they’re SO TINY!

Thank you ! I feel sometimes like Gulliver … As a little boy I was playing with “normal” little soldiers and then one day when I was about 10 my Dad offered me a box of 1/72 scale plastic little soldiers. My life was changed because suddenly my room was huge when playing with them …