Censorship: official restriction of any expression believed to threaten the political, social, or moral order.
—Encyclopedia.Com

A few weeks back I wrote a piece on violence in toy photography which caused a bit of a stir in our community. I was pleased by how respectful everyone was in dealing with this difficult subject . Although I was hurt that several people accused me of advocating censorship or at the very least, self censorship.

I will admit this upset me more than I would care to admit. How could I, a life long artist, a former photography of nudes who has dealt with my own accusations of censorship, be guilty of calling for censorship in others? I’ve been giving this topic a lot of thought and I’ve come to the conclusion that I am NOT guilty of calling for censorship. What I am guilty of is not respecting the right to freedom of speech. No matter how difficult, painful and ugly that speech might be.

Here in the United States we live with the assumption that we have freedom of speech, in fact its contained in the First Amendment of the US  Constitution.  I believe that publishing photos that are especially violent, while distasteful to me, would certainly fall under this right. It’s not for me to ask anyone to change what they’re doing photographically just because it offends me. Just as I wouldn’t want anyone to ask me to stop taking photos that offend them (Chima for instance). :-)

This idea extends to other sensitive topics, like homosexuality. My friend @Brickandmordor had a clash of cultures recently. She posted an image of two lego figures in a same sex romance. A member of our toy community, who lives in Russia, was offended and wrote extensively about it in the comments on her image. While homosexuality is legally tolerated in Russia, there is wide spread discrimination within Russia towards anyone in the LGBT community. A very spirited discussion ensued on the Brickandmordor feed that led to no satisfactory conclusion except to open everyones eyes as to how different our cultures can be.

If you come across a photo of two same sex Lego figures getting intimate, or a photo of a storm trooper being brutally decapitated, it’s not for us the viewer to ask the artist to change, it for us the viewer to open our minds to new ideas. Art, effective art anyway, is designed to get us to think differently, to challenge our safe beliefs. Even if you don’t agree with the “art” argument you might consider this relevant section of the Universal Declaration of Human Rights which states:

“Everyone has the right to freedom of opinion and expression; this right includes freedom to hold opinions without interference and to seek, receive and impart information and ideas through any media and regardless of frontiers.”

As always, I learn more than I can say from this crazy world wide community of toy photographers. We’re more than simple toy photographers, we are all humans and emissaries of our countries and our beliefs. We each create a window into our individual worlds which often reveal more than we realize about the unique countries we live in. Because we play on a world wide stage, its important to remember you will always come across something that offends you. But it’s how we react to that information that will either bring us together or drive us apart.

I will admit I’m never going to “like” an image that glorifies violence; I’m no saint. But I will respect your right to create and publish that image. I hope we all can embrace that right and be respectful of each others viewpoints, Maybe someday we will develop an understanding, an appreciation even, of everything that makes us different and everything that makes us the same.

Have you ever had an interaction on a social media platform that made you uncomfortable, but also helped you to understand someone else cultural point of view? 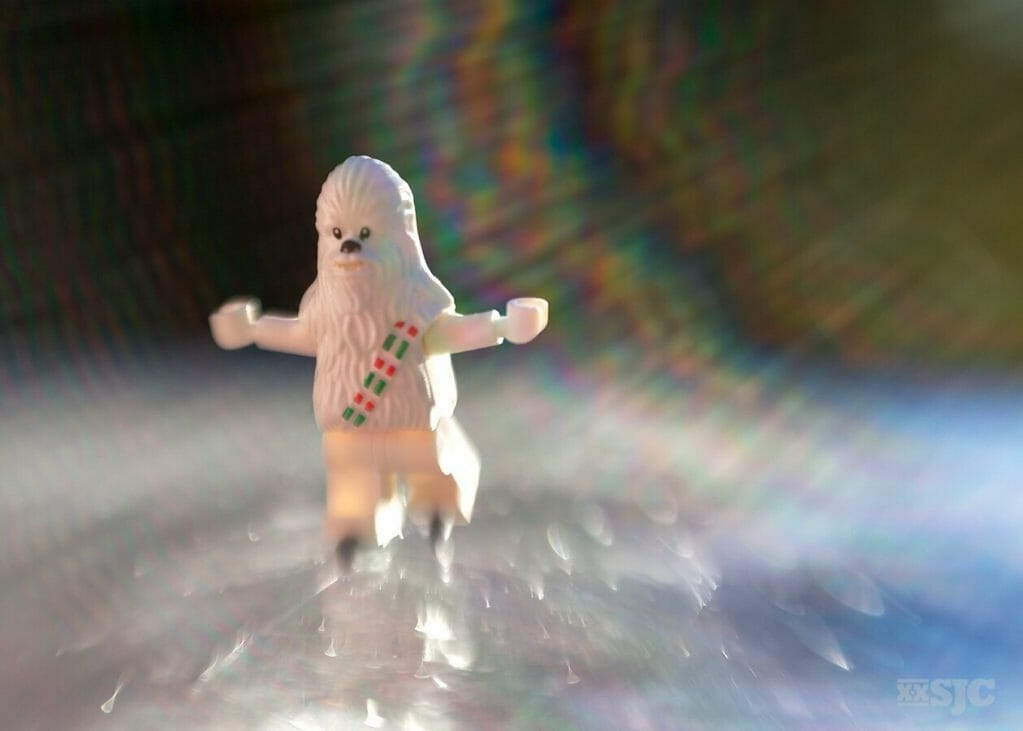 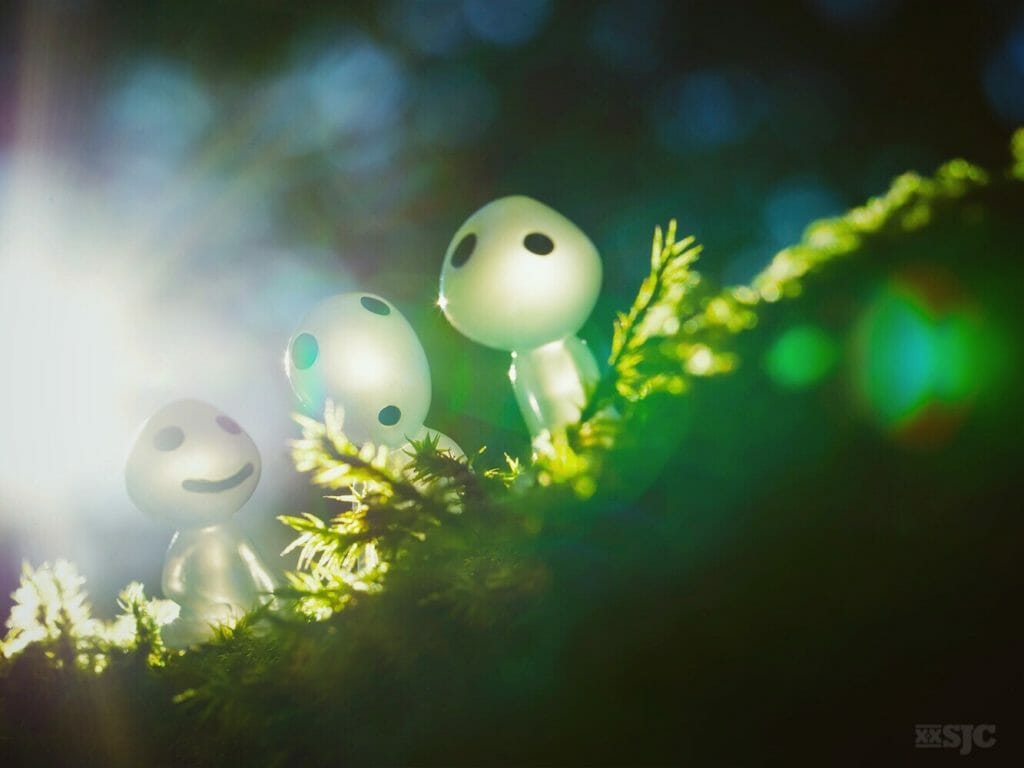 I have to admit, wanting to do a project around violent comments and harassment, this post kind of has my thoughts swimming.

Swimming in what way? I know you are up on the violence conversation, so what has changed?

I’m thinking about purpose. So maybe someone posts a comment on a picture that says “I bet you taste like strawberries.” It’s creepy, it’s eyebrow raising, and it crosses the line that I think is decent for a public conversation. But then so what? It’s not really different from a picture I don’t like. I wouldn’t base a project around photos I don’t like, so why would I around a comment? It complicates it even further by considering the harassment I was going to center on really isn’t present in the toy community. I just like the pairing of verbal… Read more »

I think your right when you say comments like that creepy. They represent everything that is wrong with the internet. People think they have the right to say something offensive to someone just because that person can’t reach through he internet and slap them, which is probably what they deserve. The so called anonymity that the internet provides is a cheap form of permission to act like jerks. I am lucky and no one leaves comments like that on any of my multiple social media outlets. Why I don’t know? I have never been a magnet for that type of… Read more »

Speaking as someone who is too thin-skinned to raise my head above the parapet, I found this article a breath of fresh air; especially in a society of increasing thought policing. Being thin-skinned, I very rarely interact with others over social or political issues, on social media, but I just try to accept that others have another point of view. However, having my “politics” run by logic and common sense (and not dogma), I could punch holes in many a dogmatic Facebook rant, but I choose not to. I let it go. If I didn’t and I got into the… Read more »

Cole, I remember a time on Twitter when it felt like the wild west, you could say anything and it was awesome! Then the thought police took control. All original conversations ended and twitter was replaced by a bunch of bots spewing generic “news” for our consumption. Twitter is dying because you can get the news anywhere. I have no real friends on FB, mostly toy buddies, but on G+ I follow a whole mess of people who believe the polar opposite of me. I think it is easier to hear there rants when I don’t know who they are… Read more »

Thanks for including my experience in this blog. I think the key word here is “respect”. People absolutely have the right to disagree with and be offended by someone’s art. It is my hope that if someone chooses to express their differing opinions that it be done so respectively, and that they are open to continuing a mature conversation about it (with the artist and others in the community, since it is a public forum after all). I would also hope that if such individuals do not want to talk about their differing opinions, that they either choose not to… Read more »

I’m sorry that the incident on your feed did not go as smoothly as the ones I was having around toy violence. But you are right, respect is the key. I think if we can all engage in respectful dialogue we all might come away a little wiser. Us in understanding what it must be like to live in Russia and our friend in that the world might be a little different outside Russia. We all need to appreciate what the other’s experience is like. But if we are to keep that conversation open, we have to respect the other… Read more »

Freedom of speech. A most interesting topic, and not an easy one. Now, I must say that one side of the balance in freedom of speech is equally important and that is respect for the individual being and what some call the “harm principle”. So, while I am big believer of freedom of speech, have rallied before against censorship we should keep the balance with the harm principle. So, violence in toy photography as an adult art form is something I may not personally appreciate, but would not object to as long as it respects all individuals and does not… Read more »

Boris, That is an interesting point you bring up – The Harm Principle. I think that concept was why I wrote the original post. Since we all play on an open social media platform (and our main subject is toys) we will have children in the audience. That is a fact whether we like it or not. At what point do you invoke the harm principle? I know movies have a rating system to guide and advise, but what do we, as simple toy photographers have to guide our audience as to what is child safe? It seems nothing but… Read more »