I’ve always viewed Mike’s style as light and airy, and Vesa’s as dark and atmospheric; in a way, they’re perfect counterpoints to each other. That’s an oversimplification, of course; it would be discourteous to suggest their respective styles are so easily defined. But pressed to classify my own work (in particular, my photos of minifigs), I suppose I’d fall somewhere in between those archetypes. I’ve never sought to emulate either style – you cannot shine if you stay in someone’s shadow – but I’ve played with both light and dark imagery as my narratives dictated.

And ultimately, I think what defines my minifig photography is my brand of narrative. Mike’s photos are often characterized by tenderness, while Vesa’s are an exploration (both by the subject and of the subject). In contrast I gravitate towards quirky comedy, and from time to time, darker themes. A weightlifter minifig whose hands have detached while attempting to lift? Yep, that’s my work. A giant building stomping mini-godzillas? Also mine. A minifig struggling to stay afloat in stormy waters as a metaphor for depression? Yes, that’s mine too.

Although Mike’s, Vesa’s and my own minifig photography vary in tone, the common thread is the communication of narrative. A photo should tell a story. A caption can help give context or enhance the story, but a good photo can communicate much of that narrative without assistance. Mike’s and Vesa’s influence helped me hone this kind of storytelling; through their work, I learned the importance of framing a photo both visually and narratively.

Oh, and I also learned that Stormtroopers like to bake and Snowtroopers are fantastic skiers! Talented little fellows, really. Shame they can’t seem to handle a blaster.

Acknowledgement: This article focuses exclusively on my minifig photography, excluding aspects of my work that have their own well-defined styles (like Brick Sketches). But that’s a discussion for another day! 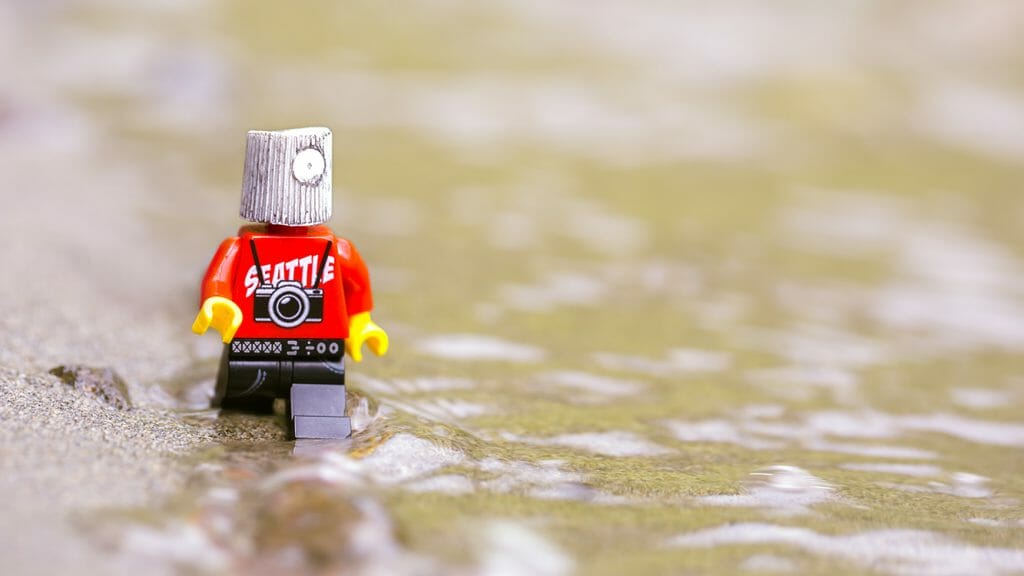 I love that last point – style, times and edits aside, every photo can capture a story.

Have been an ardent follower of your work for as long as I remember Chris, and these are certainly words to live by!

Pretty sure I’ve picked up the bold background colours and clean presentation from your photos.

Great to see you posting here Chris, and the lighting on that Scooby Doo shot is bloody lovely.