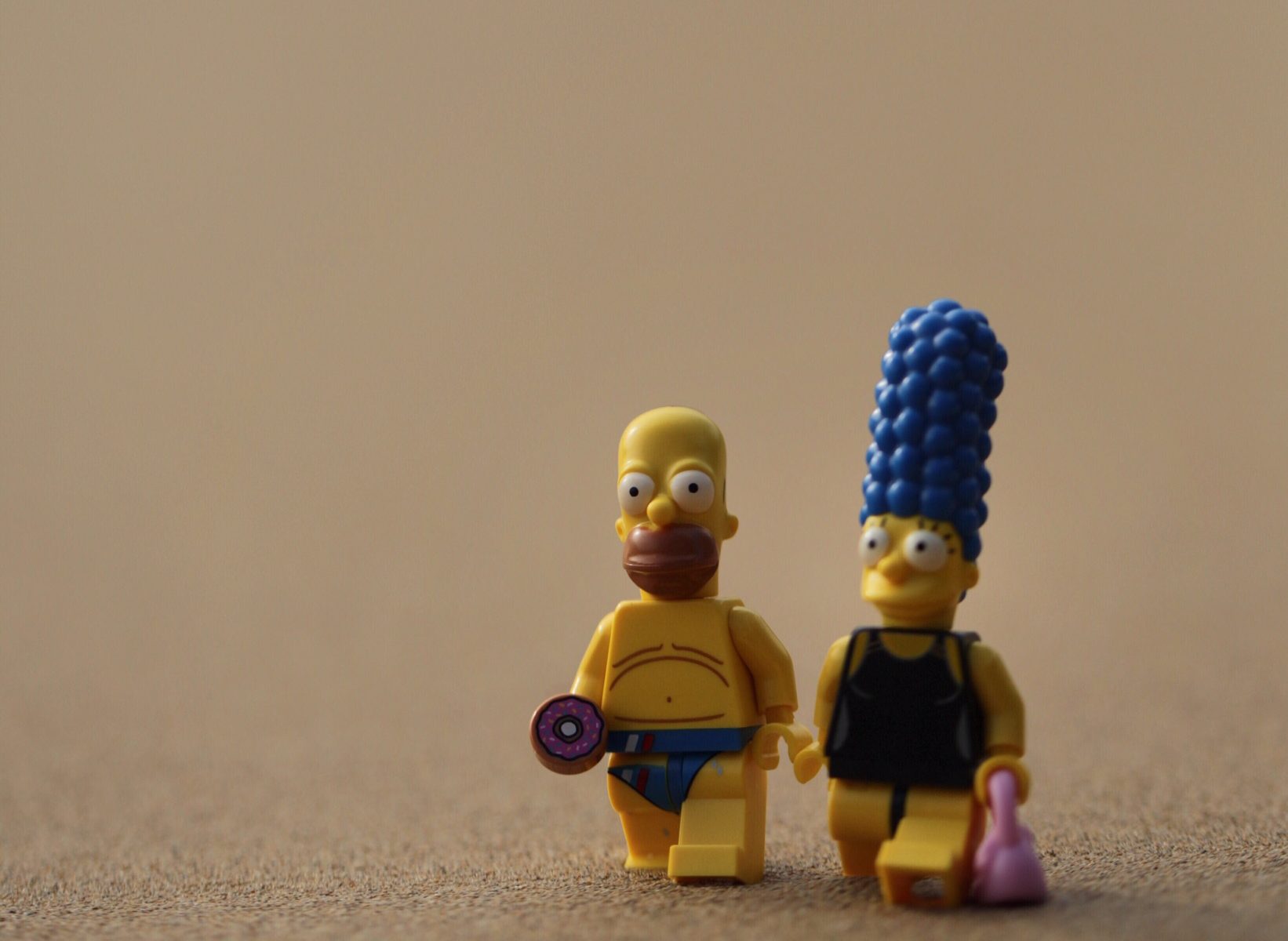 While I was waiting for my iPod to charge up the other day, I decided to do something different. Instead of playing games, I decided to write about something that I have been thinking about a lot these past few days. Specifically those licensed sets Lego has released or is about to release: Back to the Future, Ghostbusters, Simpsons, Dr. Who, Big Bang Theory, and Scooby Doo.

I have seen so much excitement towards these sets on Instagram that it has made me feel weird that I don’t feel any of that excitement myself. I even wrote about it on a friend’s picture as a comment, which I will repeat here:

“I only saw “Back to the Future” last year, and the only reason I watched it was because it got turned into a set and all the Lego community was so excited about it. Me? I was bored. I just couldn’t see what the fuss was all about. Thankfully, I made it till the end without sleeping, but by that time I was sure I was never getting that set.”

The only thing I remember about Ghostbusters is the theme song with the catchphrase “Who ya gonna call?”. Frankly the movie wasn’t that memorable. The Simpsons… gosh… as much as I love animation of all sorts, I just never warmed up to that family. The jokes seem cheap and I have never understood why people loved it so much. Maybe it’s a culture thing? As for Dr. Who – I stumbled upon it as I was going through the channels, and could only bear it for 15 minutes. It was THAT bad. I have never seen Big Bang Theory so I can’t comment on that one. Scooby Doo has the same level of stupidity for me as The Simpsons. In my opinion, it may be one of the worst animated series of its time.

Now, that brings me these questions: How and why? How is almost everyone in the Lego community so excited about these series and why am I not??! I get that everyone has different interests, that’s why there are so many different themes. I may like pirates and someone else likes space, or ninjas and so forth. But whenever the subject of one of the themes mentioned above comes up, everyone is like “Oh my God! I can’t believe they are really making this into a set!!” And that’s about the only thing I share with others: “I really can’t believe they are making that into a set!!”

I love anything related to Lego, so why do those new sets have no effect on me? Why don’t I get even a little bit excited? And don’t give me the “You’re getting old” excuse because I’m fine purchasing other sets and mini figures. I spoke to my father who is also a huge Lego and movie fan and neither of us was able to come up with any logical reasons.

I wish I could give you a conclusion, but I simply don’t have one; I wish I did. I would welcome your thoughts on this subject. Is there anyone else in our Lego community who feels the same way? I hope so. Otherwise I’m just one strange lady who’s babbling about stuff…

PS: Special thanks to @ryanbabylon2929 for the inspiration and @lego_86 for getting me to confess :)

Interesting questions, Pinar. A few scattered thoughts I got when reading: I like Big Bang because no matter what happens in that show I usually know someone who’s been there, done that. Ghostbusters was one of the few movies I had on tape so I watched it A LOT, and the Ecto 1 set brought back a lot of memories, so I got it just to have it on my shelf and let it bring back memories of a happy childhood. It’s been a while since I watched BTTF but it’s one of those movies a lot of friends have… Read more »

I think it’s because you’re *getting* old. Or at least that’s what I’m going to assume for the remainder of this post anyway :) Ghostbusters was released in 1984, Back to the Future 1985. I was a teenager when they came out, and they were (are still) awesome! Soundtracks, posters, merchandise, “This man has no dick.” Huey Lewis and The News! Nowadays we’re inundated with media, social networking, promotion and information on demand. Back then it was very limited in comparison. So blockbusters had that much more of an impact. At least for me they did. Dr Who and Scooby… Read more »

Thanks for sharing your thoughts Pinar! I would say most of the excitement among the AFOL community about these new sets is driven purely by nostalgia for their beloved movie/TV/cartoon characters and objects. I agree that, when taken out of context, like watching Back to the Future 30 years after it first screened and wowed the world, some of these shows come off as boring, or simply don’t translate into the world we live in now. But man, back in 1985, that DeLorean was the coolest thing ever! Who wouldn’t want one?! So it makes sense that all those kids… Read more »

Glad to see your guest appearance here Pinar, hope there is more to come (at least, a Part-2) :) I see Mike & Leila have highlighted the most important part, that nostalgia is the main driver behind many of these series. Since Lego itself is the center of our nostalgia for many of us, licenced series “may” add onto the joy. I totally agree. I also get your point well since the licenced themes have a high tendancy to go out of hand with new additions rapidly growing. For me, the licenced sets/minifigs are good as long as: 1) I… Read more »

Serhat – one of these days you need to write me a full on blog post! Please start thinking about what you would like to say. Shelly

I was born in ’78. I grew up in the 80’s watching BTTF and Ghostbusters. I loved the movies back then – still do. Of course i wanted the lego sets because it made me feel ‘young’ again but it also did another thing, it helped me connect with my niece and nephew by watching the movies that brought back my childhood. And if they do a lego Karate Kid set i would buy it too. I’m hoping for a Goonies set first though! Emm

A Goonies set would be very cool. I think Lego knows what it is doing with these nostalgia based sets. They are great to share and connect with the next generation. I am glad you are connecting with your niece and nephew, a very special experience for you both! Shelly

I definitely smell what you’re stepping in. I’d like the bttf delorian, but just because its an ideas set. I used to be a dr who fanatic, but have no compulsion to get any of the new sets. And as I said to Shelly yesterday, mystery mobile gag me with a spoon. Maybe I’m just salty that lego is discontinuing my beloved Galaxy Squad line, but I feel lego needs to focus on quality sets, not quantity of sets. Anyway, congrats Pinar on the guest blogging!

Damn LEGO for discontinuing Galaxy Squad! My favorite line behind CHIMA! I love all the explorers and their little space ships. I love the color combination and I really love those bugs. Some of the sets have been pretty kick ass; yup Galaxy Squad will always be my favorite space series. <3

Once of these days I will have to get an army of bugs and do an "on the bounce" photo right out of Starship Troopers!